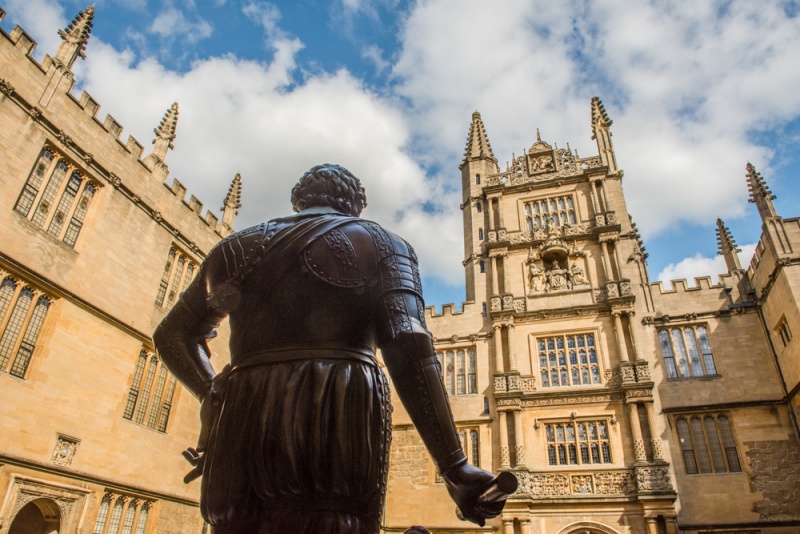 Earl of Pembroke statue in front of the Bodleian Library

The Bodleian Library is not one library but many, housed in buildings spread all over the city of Oxford. The historic core of the Bodleian is located around Radcliffe Square, however, with the oldest parts being the magnificent Duke Humphrey's Library (1488), and the Divinity School. 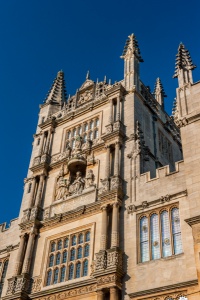 The Library gatehouse
on Catte Street

The first University of Oxford's first library was established around 1320 and housed in the University Church of St Mary the Virgin. The room where the library was held is now a vestry and meeting area.

In 1488 a new library building was erected to house manuscripts donated by Humfrey, or Humphrey, Duke of Gloucester. Duke Humphrey was the younger brother of King Henry V. His collection included over 281 manuscripts, among them several priceless classical texts.

It was decided that the University needed a new space to house the collection, and a library was constructed above the Divinity School. Duke Humphrey's Library is the oldest part of the Bodleian today, but it did not have an untroubled existence.

In 1550, at the height of the English Reformation, the Dean of Christ Church College decided to rid the University of every trace of Catholicism. He removed all the books from the Bodleian and had some of them burned. The former library space was taken over by the Faculty of Medicine.

The future looked dim, but rescue was at hand in the form of Sir Thomas Bodley, a Fellow of Merton College and diplomat in Elizabeth I's court.

Sir Thomas may have been a successful diplomat and courtier, but the library owes its existence to the fact that he shrewdly married a wealthy widow. Bodley decided to use some of that money to re-establish a library for the students of Oxford University. In 1598 the old library was supplied with over 2500 books, many from Bodley's private collection. A librarian was appointed and the library opened its doors in 1602.

In 1610 Bodley signed an agreement with the Stationer's Company of London that a copy of every book published in England and registered at Stationers Hall would be deposited at his library. 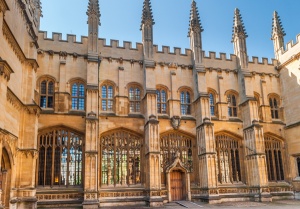 Divinity School exterior from the Sheldonian

Bodley also left money in his will to construct Schools Quadrangle, the large courtyard which surrounds the Divinity School entrance. Construction began in 1613 and finished in 1624. Part of Schools Quad was a large suite on the third-floor for storing books. This space also served as a public museum and picture gallery, probably the first such gallery in England. The final bit of the library to be built was Selden End, after the lawyer John Selden, who gave 8000 books in the early 1630s.

The Bodleian took over the nearby Radcliffe Camera in 1860 and has continued to expand, with several reading rooms scattered around Oxford. It is now the second-largest library in the UK (after the British Library in London).

The Bodleian is unique in that it is not a lending library - no books can be borrowed, only read on the premises. The Bodleian takes this restriction seriously; in a famous case, King Charles I was refused permission to borrow a book in 1645.

The general public cannot enter the reading rooms; that right is reserved for members. Other parts of the library can be seen on one of the frequent guided tours. One of the highlights of these tours is the Divinity School, which possesses a remarkable vaulted ceiling. It is rightly regarded as a masterpiece of English Gothic architecture. 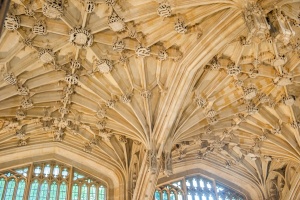 The Divinity School was erected between 1427-1483, making it the oldest purpose-built part of the University. It was built to serve as a space for lectures, theology discussions, and oral exams. For many years there was a raised dais at one end, where students would stand during oral examinations conducted by a professor at the other end of the hall.

The main feature of the Divinity School is the stunning lierne vaulted ceiling, created by William Orchard in the 1480s. The doorway in the centre of the north wall was designed by Sir Christopher Wren in 1669 to give access to the Sheldonian Theatre.

On one side of the hall is an ornate chest donated by Thomas Bodley in the early 17th century for keeping the Library's money safe. It was used as the Library strongbox until the 18th century. It has an intricate locking mechanism operated from a lock in the centre of the lid.

On the other side of the hall is The Drake Chair, made from timbers of Sir Francis Drake's ship and given to the Library in 1662 by the Keeper of Naval Stores at the dockyard in Deptford. This is one of three chairs known to have been made from the timbers of Drake's ship.

In the entrance foyer of the Divinity School is a large portrait of William Cecil, Lord Burghley (d. 1598), Elizabeth I's chief minister. In front of the entrance, facing into Schools Quad, is a statue of William Herbert, 3rd Earl of Pembroke, founder of Pembroke College. 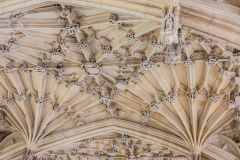 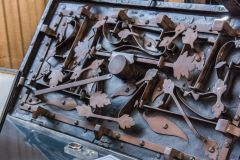 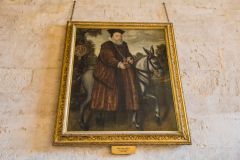 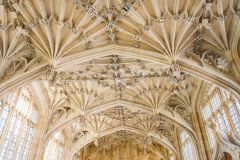 Museum of the History of Science - 0 miles (Museum)

More self catering near Bodleian Library