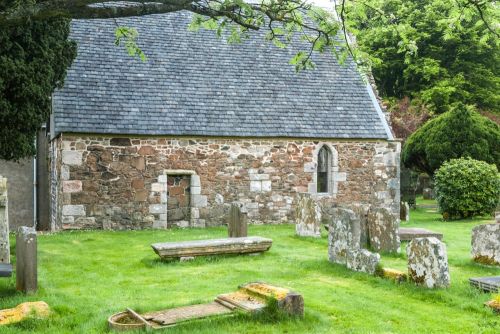 The old parish church of Rothesay has a long and complex history. The church stands on the site of the Cathedral of Sodor (Cathedral of the Isles). In 1692 the church was moved to its current location, leaving behind a 13th-century chapel which may have been the chancel or choir of the main building.

The chapel is dedicated to St Mary and is often called Lady Kirk, but an old tradition also associates the chapel with St Brioc, or Brieuc. Around 1315 it was converted to become a mortuary chapel for the Stewards of Scotland.

The chapel is a simple rectangular building measuring just over 27 feet long and 17 feet across, and only 9 feet in height. The lower sections of the chapel wall appear to be from an older structure, but just how old seems to be a matter of some disagreement among historians, as estimates range from the 13th to the 16th centuries. 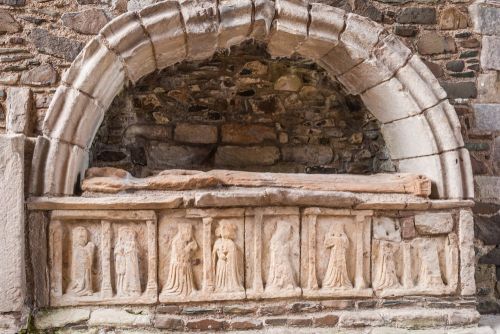 The most interesting feature of St Mary's Chapel is not its age, however, but what is inside it. In the centre of the floor, amidst a number of grave slabs, is a wonderful carved effigy of a Norman knight. Set into the side walls nearby are a pair of fascinating altar tombs. One has a finely carved, though quite worn, figure of a woman, made of white sandstone.

This is thought to be Alice, the first wife of Walter the Steward, and it seems likely that the mortuary chapel was created specifically for her. Her costume is that of the late 13th or early 14th century, and her feet rest on a dog. More unusual is that the figure of an infant lies beside her, presumably to indicate a child who died young. The base of the tomb is divided into 8 sections, with carvings showing scenes from daily life.

Later than the woman's tomb is that of a knight in armour, possibly the same Walter the Steward. This tomb may date to about 1380 and was probably erected by Walter and Alice's son, Robert II. 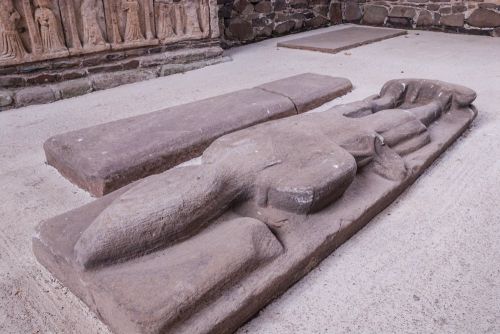 Effigy of a Norman knight

There is one final grave of historical significance at St Mary's Chapel, for Napoleon's niece is buried in the churchyard.

In 1816 an 8th century sculptured stone was found at St Mary's. This stone is now on display at the Bute Museum in Rothesay.

The chapel is a really attractive building, with a wonderful ambience, and very interesting historic tombs. It definitely deserves a visit. 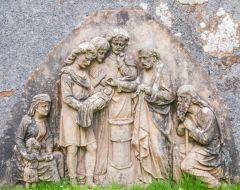 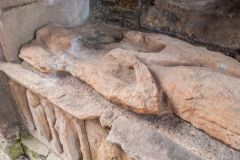 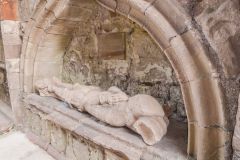 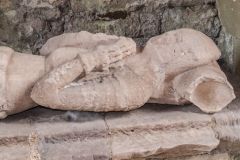 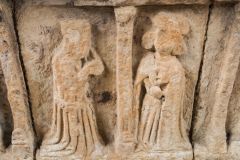 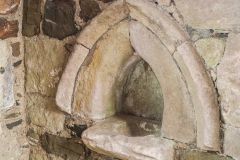 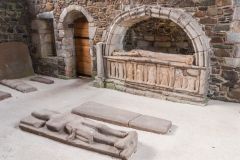 Nearby accommodation is calculated 'as the crow flies' from Rothesay, St Mary's Chapel. 'Nearest' may involve a long drive up and down glens or, if you are near the coast, may include a ferry ride! Please check the property map to make sure the location is right for you.

This stunning cottage is set on the beautiful Isle of Bute, five miles from Rothesay, and can sleep six people in three bedrooms.
Sleeps 6 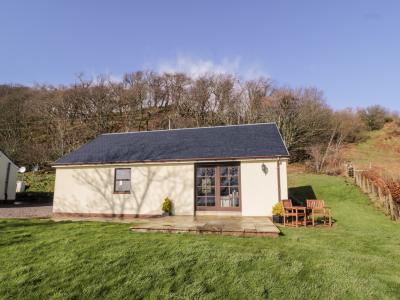 This detached cottage rests on the Isle of Bude and can sleep two people in one bedroom.
Sleeps 2