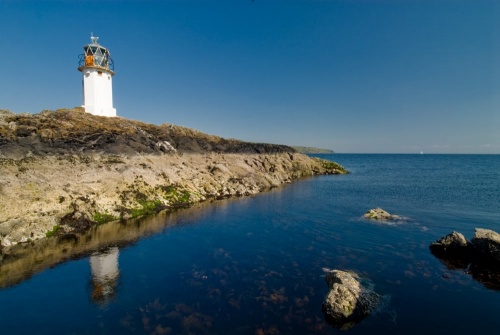 The Glencallum Bay Lighthouse (sometimes known as the Rubh' An Eun Lighthouse) stands on a rocky promontory on the north side of Glencallum Bay, at the southeastern tip of Bute.

The lighthouse was built in 1911 -- possibly on the site of an earlier 19th-century lighthouse -- for the Clyde Lighthouses Trust. The Trust was merged into the Clyde Port Authority in 1956 and the CPA looks after the lighthouse.

The design is very simple; the lighthouse is an octagonal structure of iron, with the cladding painted white, rising to a galleried lantern at the top. The lighthouse stands 8m high (roughly 26 feet). 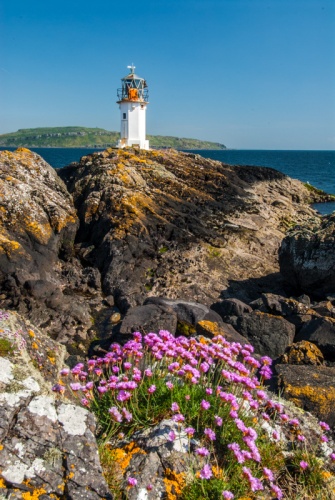 Another view of the lighthouse

The light was designed by the famous Stevenson family of lighthouse engineers. It emits a red flash of light every six seconds.

The Glencallum Bay Lighthouse faces Little Cumbrae Lighthouse on the opposite side of the Firth of Clyde, and looks south and west towards Arran.

The lighthouse is what is called a 'minor light', which are lights that are low to medium intensity, and include both fixed and floating lights, such as buoys.

Though not as historically important as a major lighthouse, it is worth visiting just for the wonderfully scenic location, with views south to Ailsa Craig. 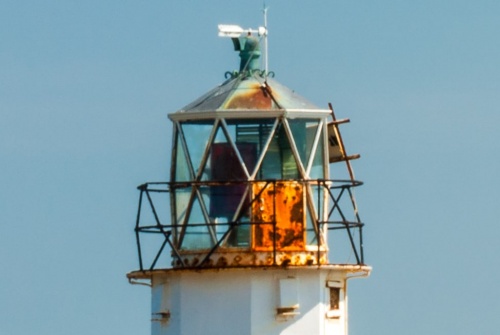 The lighthouse gallery and light

Reaching the Glencallum Bay Lighthouse is simple. Take the West Highland Way long-distance footpath from the end of the road in Kilchattan Bay and follow the trail as it hugs the rocky coastline, with outstanding views. From Kilchattan Bay to Glancallum Bay is roughly 2.5km (1.5 miles).

Many people visit the lighthouse as part of a longer walk, following the West Island Way as it loops west and north, passing St Blane's Church and Monastery before dropping back down to Kilchattan again. 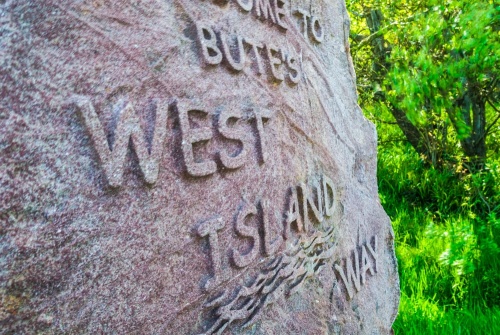 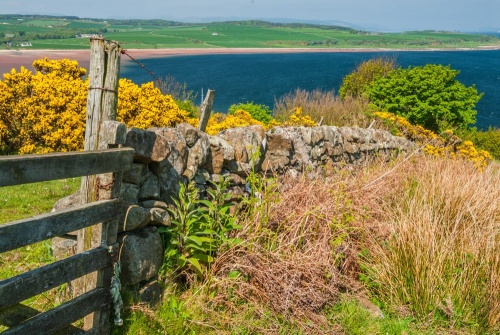 The West Island Way leads from Kilchattan to Glencallum Bay 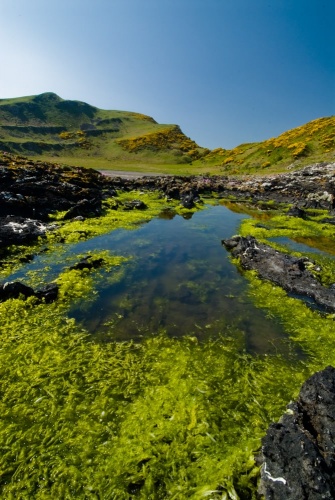 This longer loop makes for an excellent and relatively easy walk through stunning scenery. The loop is 8k long (5 miles) and shouldn't take longer than 3.5 miles at most.

Do take the time to enjoy Glencallum Bay, but take care scrambling around on the volcanic rocks that ring the bay; the rocks have razor-sharp edges, as we can attest!

Please note: there are no visitor facilities at Glencallum Bay Lighthouse, and you can't explore the lighthouse interior! It is still worthwhile making the walk from Kilchattan for the wonderfully scenic location and the coastal scenery.

Nearby accommodation is calculated 'as the crow flies' from Glencallum Bay Lighthouse. 'Nearest' may involve a long drive up and down glens or, if you are near the coast, may include a ferry ride! Please check the property map to make sure the location is right for you.