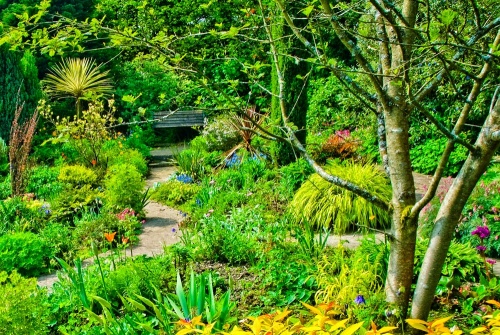 The focal point of the garden is a Victorian fernery, a sunken glasshouse fed by natural spring waters and housing an outstanding collection of exotic and rare ferns, including a King Fern (botanically named Todea Barbara), thought to be well over 1,000 years old and the oldest surviving exotic fern in the UK.

The King Fern is the only plant remaining from the original 19th-century collection, established in the 1870s by Edward La Trobe Bateman on behalf of the Hall's owner, Alexander Bannatyne Stewart. Bateman is better known for designing the Botanic Garden in Melbourne, Australia. 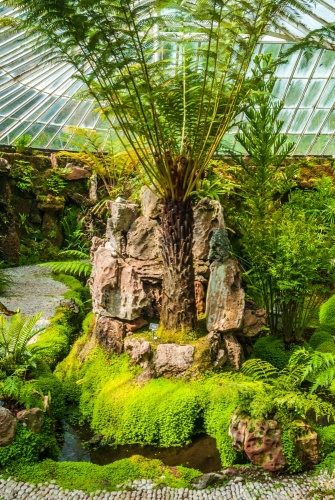 The King Fern in the sunken fernery

Bateman was responsible for the sunken fernery that houses the King Fern. The fernery was built in 1875 and features a beautiful glass roof. The fernery was completely restored in 1996 and replanted with aid from the Royal Botanic Garden in Edinburgh.

The garden is made up of unique areas, or garden rooms, each focusing on a particular theme or species. Garden areas include a wildflower and orchid field, a rose garden, a woodland garden, a 'Fern Alley' bordered by native fern species, and a gravel garden offering wonderful views towards the coast.

A plant hunters' trail winds throughout the garden, linking information points about influential Victorian plant hunters who ranged the world searching for rare and exotic plants to bring back to Britain. 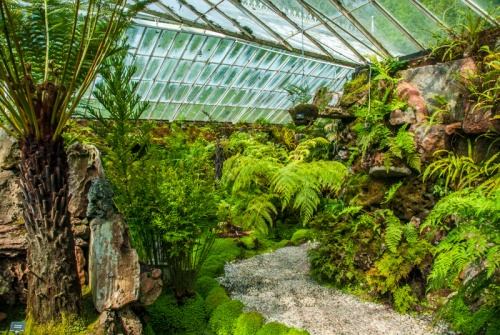 Inside the sunken fernery

Garden highlights include specimen trees, rare shrubs, and a wide variety of herbaceous perennials to provide interest throughout the year. Species include azaleas, rhododendrons, gunnera, hostas, and azaleas. The azaleas and rhododendrons provide lush colour in spring, but each area of the garden is unique, so that there is something to interest visitors throughout the changing seasons..

The sheltered location means that Ascog can offer a habitat to species that would ordinarily not be found in Scotland.

The stables and coach house have been converted into an exhibition area where you can learn about the history of Ascog Hall and the garden. The cobbled stone yard houses regular 'Plants of Nations' exhibits. 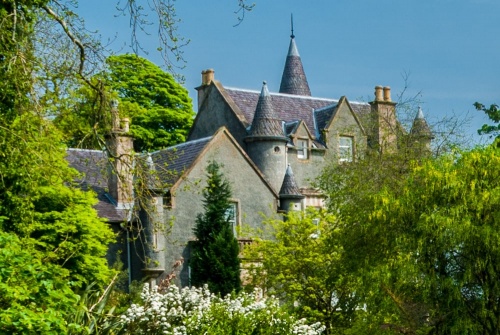 Ascog Hall is a striking mansion in Scottish Baronial style, built in 1844 for Rev James Monteith, who came to Bute the previous year to serve Ascog Church. The architect of Rev Monteith's new home is thought to have been James Smith.

The Hall passed in time to Robertson Stewart, a wealthy draper from Glasgow, and from him to his son Alexander Bannatyne Stewart, who had the garden and fernery laid out. The Stewarts had the house remodelled in 1862 by John Honeyman of Glasgow. 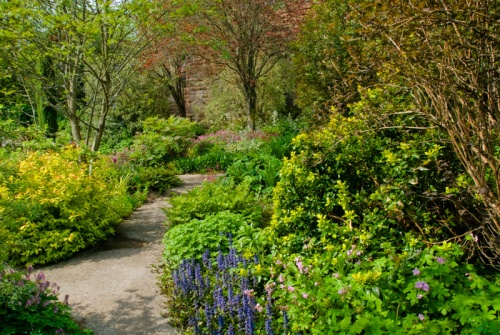 A garden trail in spring

Ascog Hall is three miles south of Rothesay on the A844 coastal road. Halfway between Craigmore and Mount Stewart. Restricted mobility parking at top of the drive, near the house. Guide dogs permitted. All proceeds from garden entry go towards maintaining the Fernery.

As of this writing, accompanied children are free, and season tickets are available.

We loved visiting Ascog Hall. The sunken fernery is stunning, and the lush variety of plants in the various garden rooms makes for constantly changing interest. 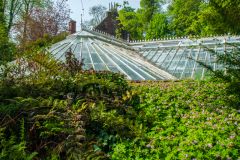 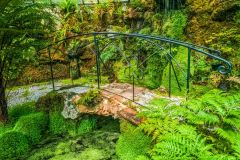 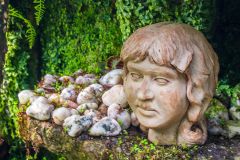 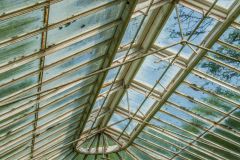 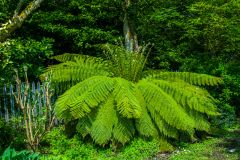 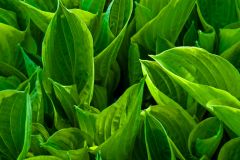 Nearby accommodation is calculated 'as the crow flies' from Ascog Hall Garden and Fernery. 'Nearest' may involve a long drive up and down glens or, if you are near the coast, may include a ferry ride! Please check the property map to make sure the location is right for you.

More self catering near Ascog Hall Garden and Fernery

More bed and breakfasts near Ascog Hall Garden and Fernery