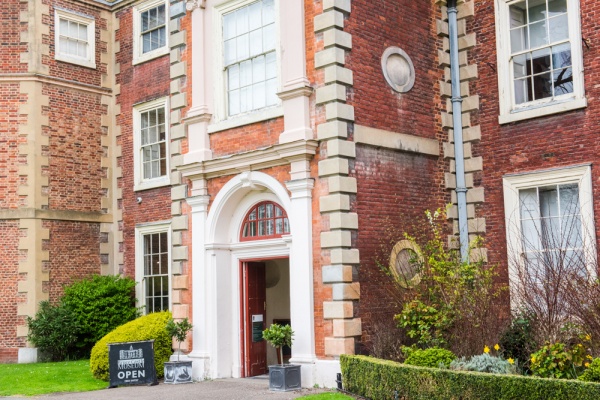 Bruce Castle is a beautiful 16th-century manor house set in 20 acres of parkland. The manor is operated by Haringey Council as a local history museum, offering exhibits on social history, local landscape, and works by local artists. 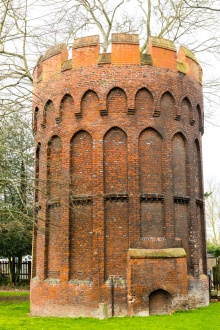 The castle name refers to the Bruce family, who owned large parts of the manor of Tottenham from at least the 13th century. When Robert Bruce became king of Scotland in 1306 he lost the family estates in England, including the Tottenham manor holdings.

Sometime in the 15th century, a round tower of red brick was built, forming the oldest part of the house. The tower is 21 feet high and extends deep under ground.

The tower looks rather like an elegant water tank, but historians think that it may have been a 'hawk muse', a nesting refuge for hawks at a time when hawking was a popular pastime amongst the upper classes. If so, it is perhaps the only remaining example of a hawk muse in Britain.

Sometime in the 16th century - historians differ as to exactly when - a new house of brick was built, possibly by William Compton, Groom of the Stool to Henry VIII.

The earliest written record comes from 1516 when the king met with his sister Margaret Tudor, Queen of the Scots, at 'Maister Compton's House'. The house at this time was named Lordship House. The combination of house and tower are thought to be one of the earliest uses of brick for an English dwelling.

The house passed to the 3rd Earl of Dorset, who fell into debt through his habit of extravagant gambling. He leased the house to Thomas Peniston, whose wife Martha was said to be the Earl's mistress! The house was eventually sold to Hugh Hare, 1st Baron Coleraine. 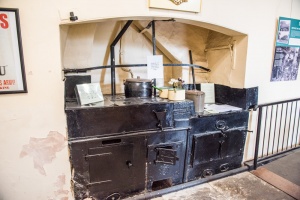 In 1667 Sir Hugh died after choking on a turkey bone, and the house passed to his son Henry.

Henry Hare, 2nd Baron Coleraine, renamed Lordship House as Bruce Castle, in honour of the ancient connection of the Tottenham estate with the Bruces of Scotland. In 1684 Hare remodelled the house, presumably with money obtained through his marriage with the Dowager Duchess of Somerset, leaving us with the striking belvedere and elegant south facade we see today.

The Castle is said to be haunted by the ghost of Hare's first wife Constantia, who is said to have committed suicide when she learned that her husband was having an affair with the Duchess. Unfortunately for those who favour a good ghost story, the first mention of a spectral presence at the castle comes in 1858, 200 years after Constantia's death.

The 3rd Baron added a north range and James Townsend, Lord Mayor of London in 1772, remodelled the entrance front in typical Georgian style. James Townsend's wife Henrietta was a prodigious painter, and the museum has displays of her engravings of 18th century Tottenham scenes.

The west wing was torn down in the early 19th century, leaving an oddly unbalanced look to the layout. The final changes came in 1870 when a three-storey extension was added in Gothic Revival style. 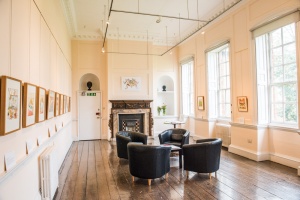 By that time the castle was in use as a school, launched by Sir Rowland Hill, an active social and educational reformer, but a man best known for postal reform. Hill was headmaster of Bruce Castle School, based on the radical - for the time - idea that a teacher's role was not to impart facts and figures for students to memorise but to foster a desire to learn. When Hill was appointed to head up the new General Post Office he left Bruce Castle School in the hands of his brother Arthur.

The school closed in 1891, and Tottenham Council bought the estate. In 1892 the grounds were opened as the first public park in Tottenham. The house was opened as a museum 1906. The museum now covers the entire London Borough of Haringey, with a history of the area, archives, exhibits on the history of the Post Office and the life of Rowland Hill, and collections of early photos of the area.

I didn't know a lot about the area before visiting the museum, though being a football fanatic I knew a bit about Tottenham FC. It was fascinating to see old paintings of White Hart Lane, the site of the club's football stadium when it was still an idyllic rural landscape. The area is brought to life in paintings by local artist John Bonny 1874 - 1948.

When we visited there was a special exhibition on ethnic minorities in Tottenham, with examples of traditional costumes reinterpreted by second and third-generation residents of the area.

The museum is outstanding. Though small, the range of exhibits really brings the area's history to life. I particularly enjoyed the exhibition on Rowland Hill and his contribution to the development of the post office. Look for an example of the famous 'penny black' stamp, and a wooden 'private post box' used in the days before Royal Mail and the ubiquitous red post boxes became common.

The museum is free to enter. The closest underground stations are Wood Green or Seven Sisters, followed by a walk, or take the 243 bus. Having said that, I highly recommend taking the overground train to Bruce Grove rather than the tube. When we visited we took the tube to Seven Sisters and walked. It took well over 30 minutes to reach the museum. We learned our lesson and on our return we took the overground from Bruce Castle, which is only a short 5-7 minute stroll away. 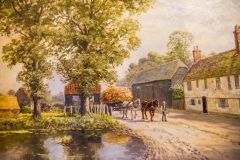 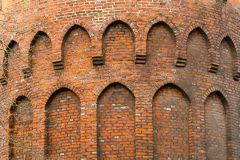 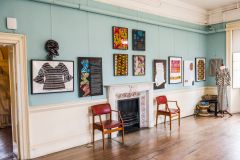 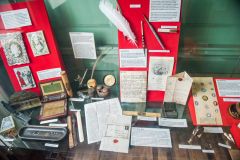 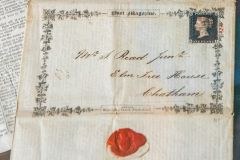 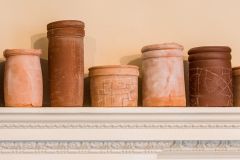 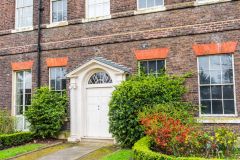