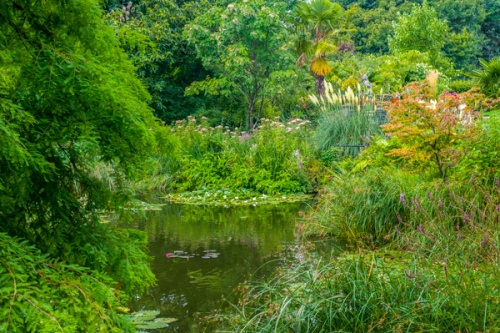 Contained within the Lea Valley Park, Myddelton was the home of prolific gardener E. A. Bowles (1865  1954). Bowles spent decades creating the 4-acre gardens here, featuring many unusual varieties of plants, such as the Bearded Iris.

The house was built in 1812 by Henry Carrington Bowles, a successful printer and mapmaker who worked at St Paul's Churchyard in London. The new house replaced an earlier Elizabethan property known as Bowling Green House. Bowles chose to build in white brick imported from Suffolk, which was then very fashionable. He named his new residence after Sir Hugh Myddleton, the engineer who created the nearby New River navigation system.

The estate was passed through generations of Bowles descendants until it came to Edward Augustus Gussie Bowles. EA Bowles originally trained to enter the church, but a series of tragic family accidents, including the death of his elder brother and sister within 2 months of each other, made him change his choice of career, and he remained at Myddleton to run the family estate.

And it was here at Myddleton that he taught himself horticulture, and became in time an internationally recognised expert. Bowles was known as The Crocus King and was heavily involved with the Royal Horticultural Society and the Botanic Gardens at Kew.

He has been called one of the great 20th century gardeners, and here at Myddleton House he put his efforts into creating a unique and very personal garden, incorporating plants from across the world, but also including his very idiosyncratic collections of historic items. 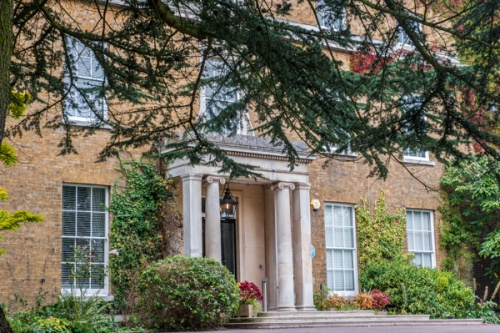 Highlights within the gardens are a small carp lake, and a Victorian glasshouse range, separated into 4 distinct climatic zones. Linked to the glasshouses are a vine house and a sunken glasshouse for growing fruit.

One garden area is known as The Lunatic Asylum, a showplace for plants with 'abnormalities', like a corkscrew hazel. There is also an Alpine meadow, inspired by EA Bowles' plant hunting holidays in the Pyrenees mountains.

The New River used to run through the Myddleton estate. This 35-mile long canal was the brainchild of Sir Hugh Myddleton, a London goldsmith and self-taught engineer. He designed it in 1608 to bring fresh drinking water from Ware in Hertfordshire to Clerkenwell in central London.

The Bowles family were shareholders in the canal scheme, and even when the loop that passes through the estate became redundant in 1858 they kept it open.

The river course was filled in 1967 with waste material from the construction of the Victoria underground line. The course of the canal is now a gently curving stretch of lawn near the carp pond, in the centre of the gardens.

One of the things that make Myddleton gardens so interesting is that EA Bowles was a passionate collector of historic artefacts, and many of these interesting historic pieces are carefully arranged around the garden, acting as focal points for different garden areas.

One of these is the original Enfield Market Cross, built in 1826, which stood in the market place of Enfield until 1904 when it was removed, and destined to be used as rubble by a local builder until Bowles stepped in and salvaged it.

Also within the garden are pieces from the original St Paul's Cathedral and a curious section of wall and pillar known as The Irishman's Shirt. The name deserves further explanation! Bowles purchased a stone pillar from nearby Gough Park when that house was demolished. He erected the pillar in his garden and thought it needed a bit of south-facing wall to go with it.

Building a wall onto a pillar reminded Bowles of the old tale of an Irishman who brought a button to a seamstress and asked her to stitch a shirt onto it. He called his new wall and pillar 'The Irishman's Shirt', and the name stuck.

Myddleton House is now part of the Lea Valley Country Park, and there are a visitor centre and park administration offices beside the garden entrance. Just up the road is Capel Manor Gardens, and almost immediately to the south is the Jacobean house of Forty Hall. 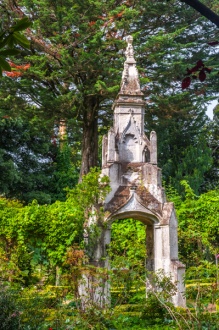 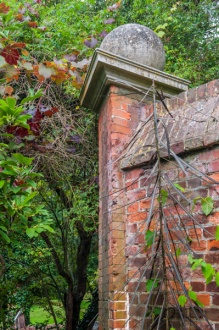 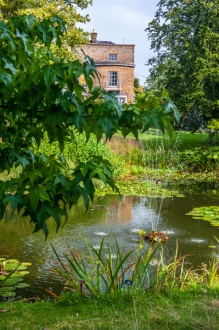 The Hall from the carp pond 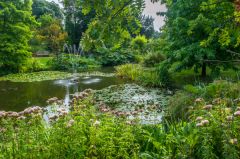 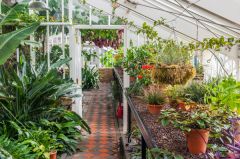 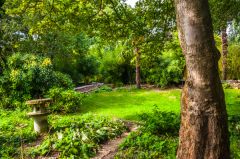