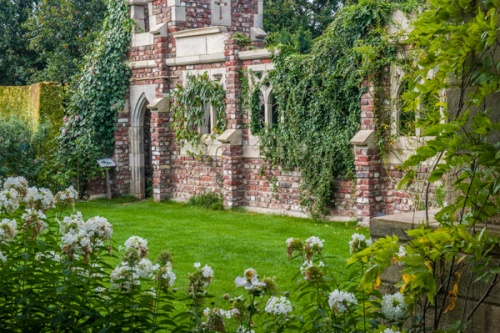 The Capel Manor estate dates back to the 13th century and was once owned by Elizabeth I. The manor house is surrounded by 30 acres of gardens, including a 17th century walled garden, Italianate holly maze, and a Japanese Garden. Within the gardens are Victorian stables and a small Georgian manor house. 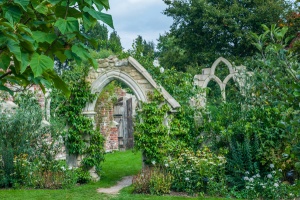 At least three manors have born the Capel name. The first record of an estate here by the River Lea dates to the late 13th century when it was known as Honeylands. The first manor was located near the current primary school.

This early manor was purchased by Sir William Capel in 1486, and the Capel family retained ownership until 1562 when they surrendered it to Elizabeth I. Elizabeth granted Capel Manor to the Thorne family, and it then passed through several owners before the Avery family took control.

In 1653 Samuel Avery died, but instead of his eldest son inheriting the property, it passed to his youngest son, William. We don't know why the manor went to the youngest son, but it seems likely that the Avery's, like many families in the turbulent Civil War and Commonwealth era, were split apart on religious and political lines.

In 1688 one of William Avery's daughters, Susanna, wrote a handbook on how to run a small country estate. This handbook was a forerunner of Mrs Beaton's famous guide over a century later, full of helpful advice on cooking, housekeeping, and home remedies. 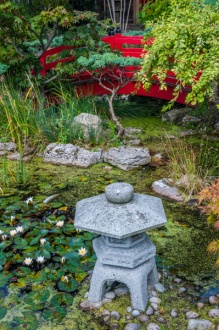 In 1745 Robert Jacomb destroyed the medieval manor and built a new manor called Capel House. Just a few years later, a man named Hamilton built the second house on the estate, which we now call Capel Manor. This eventually became the main house when the first 18th century Capel House was pulled down in the late 18th century.

Capel eventually became a country residence for the Warren family, who refurbished it in Victorian style, with richly panelled rooms and wallpaper by the William Morris Company. The final private owner was Lt Colonel Sydney Medcalf, who made Capel the National Centre for Clydesdale horse breeding.

Capel Manor is now a specialist college offering education and outreach programs in garden history, garden design, and countryside studies. There is a regular program of 'Gardening Which?' magazine demonstrations and events.

This integration of the gardens with the college is quite evident in the small 'concept' garden areas, developed to show different styles for different living spaces. Many of the garden areas show how to use sustainable gardening techniques and eco-friendly ways of creating a garden, including making use of recycled materials as garden ornaments (look for the fence made of car mufflers!). 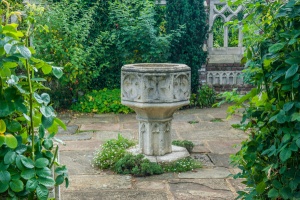 We came to Capel Manor on a sunny afternoon in early September. By sheer chance, we arrived on the same day as a classic car show was being held in the gardens, so the crowds were rather overwhelming. Despite that, it was easy to find quiet corners of the gardens to enjoy.

It is easy to overuse the phrase 'something for everyone', but Capel Manor gardens really do qualify; much of the garden is divided by hedges and winding pathways into separate garden rooms, each with its own unique character.

This is especially true of Sunflower Street, a series of concept gardens, each built around a small space, showing how gardens can be adapted for unique sites, from a Victorian-style front garden to a traditional garden, from an urban back garden to an Italianate garden. One of the highlights of Sunflower Street is the Family Friendly Garden (which won a Gold Medal in the 2010 Chelsea Flower Show).

Capel Manor is very close to the lovely gardens at Myddleton House, and to the Jacobean stately home of Forty Hall. All three can easily be visited in a single afternoon. 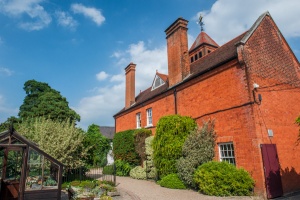 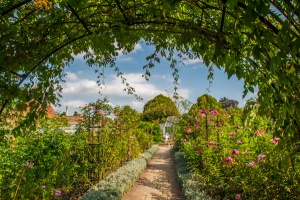 A colourful garden arch and path 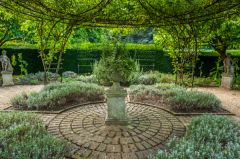 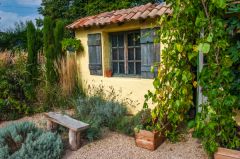