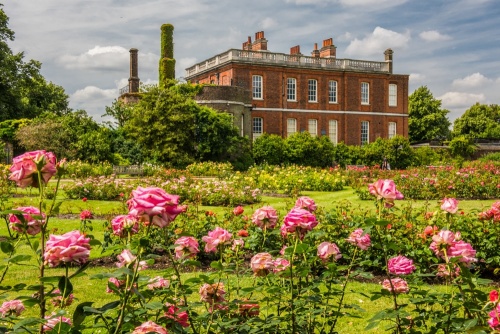 Ranger's House from the Rose Garden in Greenwich Park

This lovely Georgian villa stands in an elevated position on the south-western edge of Greenwich Park. It was built in 1699 for Captain Francis Hosier, and the high vantage point allowed Captain Hosier a good view of the River Thames at the bottom of the hill.

The house is typical of Queen Anne style, with a symmetrical facade of red brick and cream-coloured Portland stone. Over the entrance is a carving of Neptune, a reminder that Hosier served his first commission aboard the HMS Neptune.

In 1748 the house was purchased by Philip Stanhope, the 4th Earl of Chesterfield. He added a single storey wing as a display area for his large collection of art, and this is still known as The Chesterfield Gallery. A later owner, Richard Hulse, added a second wing to echo the first, giving the house once more a symmetrical facade.

In 1815 the house became a 'Grace and Favour' residence; that is, a residence granted by the monarch to servants or extended family members. The first resident was Princess Sophia Matilda, who became the first Ranger of Greenwich Park. The post was a sinecure; a position without responsibilities. From this time the house was known as The Ranger's House. 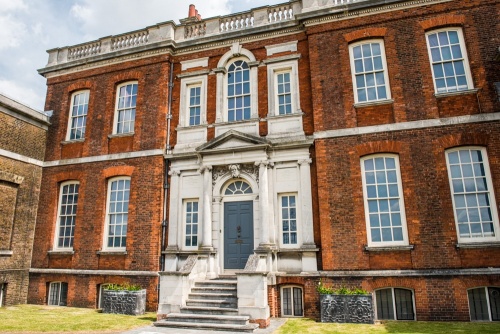 The front facade of Ranger's House

The last Ranger to live here departed in 1896 and the building was sold to London County Council in 1902. The drawing room was used as a tea room, and later as a self-service cafe for Blackheath. Since WWII Ranger's House has been used for a variety of exhibitions on local history, and the official architects for the County Council had their offices upstairs. From 1986 the house has been in the care of English Heritage.

In recent years the house interiors have been renovated to display art from the Wernher Collection. This opulent collection of fine art was built by a wealthy diamond dealer named Sir Julius Wernher (1850-1912), and includes almost 700 items ranging from Old Master paintings to silver and jewellery, porcelain and Renaissance bronzes.

Among the prize pieces on show are the 'Loves of Angels' statue by Bergonzoli, and portraits by George Romney and Sir Joshua Reynolds. The Wernher Collection has been called the finest collection of medieval and Renaissance art in Europe.

Ranger's House is well-signposted from within Greenwich Park and stands immediately beside the Rose Garden in the south-west corner of the park. The closest tube is Cutty Sark DLR, followed by a stiff 20 minute walk uphill, or use bus 53 or 386.

Alternatively you can alight at Deptford Bridge DLR and take bus 53. There is free parking immediately outside the front entrance, but there is only space for 8 cars, so there is no guarantee that you will find a spot.

From the front of Ranger's House just follow the wall south, around the corner to the Chesterfield Gate park entrance. Between the entrance and the walled Rose Garden that backs onto Ranger's House you will find the remains of Queen Caroline's Bath. The submerged bath is all that remains of Montague House, the residence of Queen Caroline, the estranged wife of George IV, who lived here from 1798-1813 and was known for giving rioutous parties. 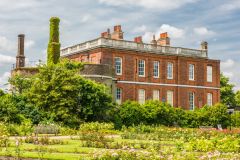 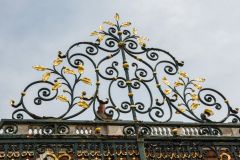 Note: You can get Free Entry to Ranger's House with the London Pass

More self catering near Ranger's House >>