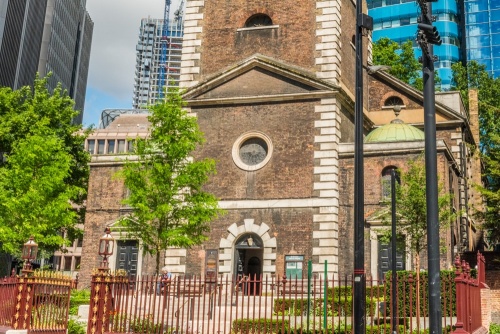 St Botolph without Aldgate is a Georgian church on 11th-century foundations, blessed with excellent stained-glass.

There was a church here at least as early as the late Saxon period, but the first written record of a rector comes from 1108. The church was enlarged in 1418 before being completely rebuilt in the 16th century. This church, in turn, lasted only a century before it was declared unsafe and torn down in 1739.

An entirely new church was built, to a design by George Dance the Elder, who is more famous as the architect for Mansion House, the official residence of the Lord Mayor. Dance's elegant Georgian design was remodelled in the late 19th century by JF Bentley, who was responsible for the ornate ceiling and plasterwork detail, and side screens to the chancel. 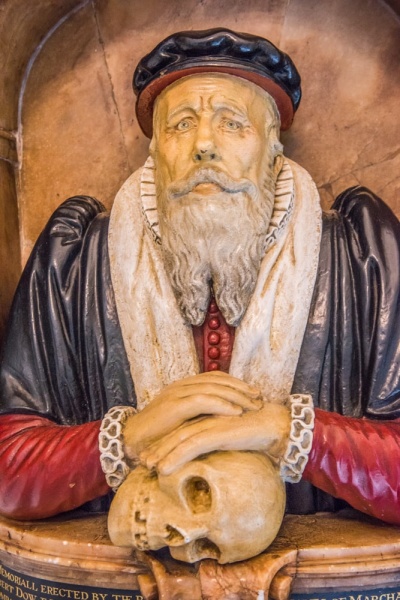 The church had a narrow escape during the Blitz when a bomb fell straight through the roof but failed to explode. The Blitz was an extraordinary period for the Rector of the day, who slept in the Crypt, surrounded by coffins, and climbed onto the roof during air raids to put out incendiary fires.

St Botolph is linked to a number of famous people; author Daniel Defoe was married in the church, and Geoffrey Chaucer lived nearby, in chambers above the gatehouse of Aldgate itself. The poet Edmund Spenser was born in the parish, and Sir Isaac Newton lived opposite the church. 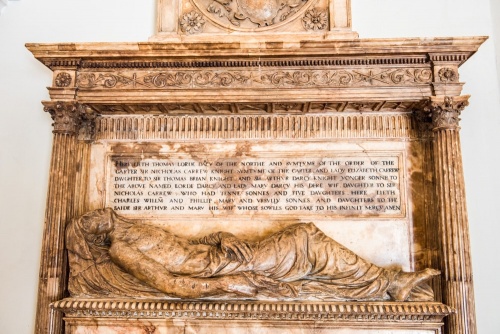 Two controversial Tudor noblemen are buried in the churchyard; Sir Nicholas Carew and Thomas, Lord Darcy were executed by Henry VIII for their involvement in planning a rebellion. An alabaster monument to the two men is set on the baptistry wall.

Another monument in the baptistery is to Sir John Cass, who founded a school in the churchyard in 1710. The school has become the Sir John Cass Foundation, which works with young people across London.

The most colourful memorial is a painted wall monument to Robert Dow, Master of the Merchant Tailors Guild. Dow died in 1612 but the monument was only erected in 1675. It was not paid for by his relatives but by the Worshipful Company of Merchant Tailors.

Other highlights include a plasterwork frieze of angels holding heraldic shields running around the nave at gallery window height. There is a superb ironwork screen separating the nave from the chancel, and a richly decorated Lord Mayor's sword rest.

St Botolph's is extremely easy to reach. It stands almost imediately beside Aldgate underground station (Circle Line). Just exit the station, turn right, and you will see the church in front of you. 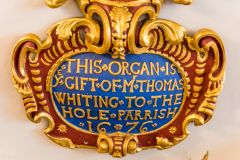 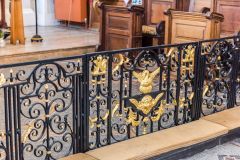 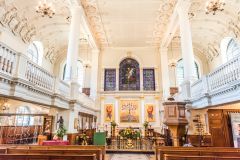 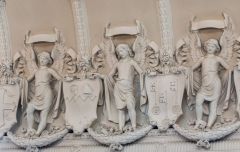 More self catering near St Botolph without Aldgate >>

More bed and breakfasts near St Botolph without Aldgate >>