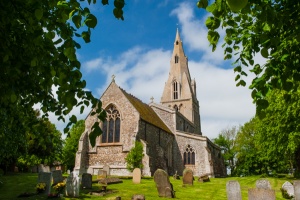 The Domesday Book records a church at Buckworth in 1086, but the oldest parts of the current church of All Saints are 12th-century corners of the nave, which was originally aisleless. A south arcade and aisle were built in the 13th century, and the chancel and north aisle added in 1310.

The tower is topped by a spire which has been the highest point in Huntingdonshire for over seven centuries. The most striking feature of the tower is a pair of circular windows with beautiful geometric tracery, set into the third stage.

The main south door is late 13th century, rehung in the 15th century to swing outwards. It is made with v-edged boards against a horizontal frame, a technique similar to that used to make Tudor ships. Around the eaves are a wonderful variety of gargoyles and grotesque carvings, including strange beasts and a grinning king. 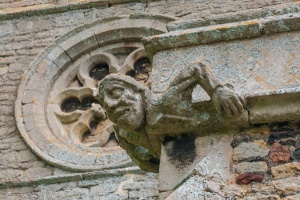 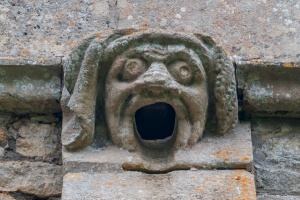 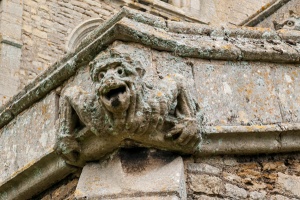 Inside, the most obvious feature is the roof, with a wonderful set of painted bosses. The roof is a Victorian restoration, but it rests on 15th century stone corbels carved with angels holding heraldic shields. There are four bosses reused from the earlier medieval roof, mixed with modern bosses.

Among the carved heads used as bosses is a Green Man, the ancient symbol of fertility. Other faces are kings wearing crowns, and it is interesting that the kings look towards the altar, while the Green Man looks the other way. Coincidence? Not likely! 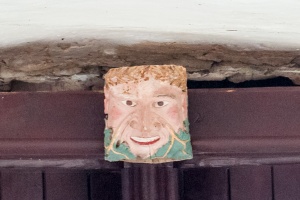 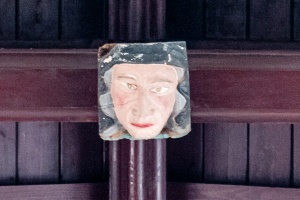 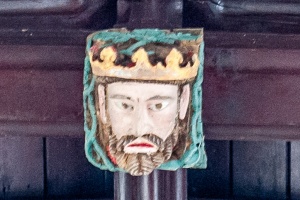 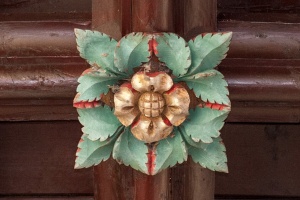 In the north-east aisle are fragments of a 13th century stone coffin-lid carved with crosses and on a bracket against the south chancel wall is a small carved figure holding a book. This was found in the foundations of the chancel in 1907.

The most interesting memorial is to William Stevenson (d. 1711), decorated with a skull and crossed bones to represent mortality.

All Saints has limited opening hours. I had to travel a long way and arrived earlier than expected, so I sat and rested in my car. A chap emerged from a nearby cottage to walk his dogs, and we struck up a conversation. When he returned from his dog walking he made me a cup of coffee and brought it out to me. Talk about friendly natives! There was still no sign of the church warden arriving to open the church door, so my new friend went to the warden's house - which wasn't signposted at the church - and returned with a key the size of one of those old prison keys in films. In no time I was inside the church and snapping away happily with my camera. My new friend had to leave and just asked my to lock the door and leave the key there, as it was a peaceful village and he'd return soon to retrieve it. Now, what an advertisement for Buckworth village!

All Saints is a lovely church in a beautifully picturesque hilltop setting. Though the interior has some interesting features, particularly the roof bosses and carved corbel heads, the best features are the 13th-century nave and tower, with the eye-catching gargoyles and Geometric windows. 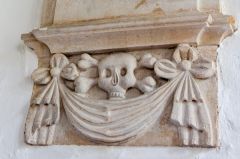 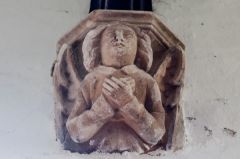 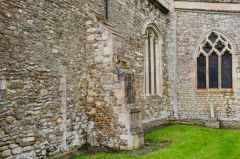 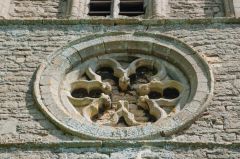 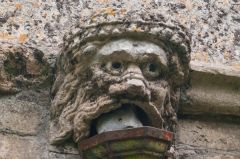 More self catering near Buckworth

More bed and breakfasts near Buckworth