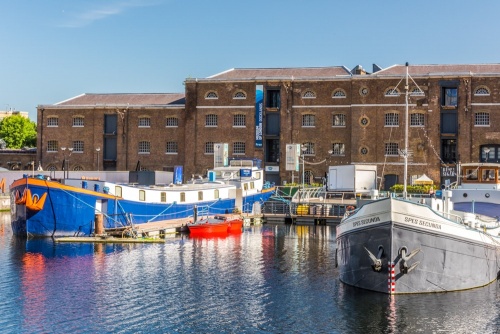 The Museum of London Docklands

A historic warehouse in London's Docklands has been converted into a modern museum telling the tale of London's river and port over time, going back as far as the Roman conquest. There is a children's interactive gallery, plus recreations of a 19th-century riverside, and an exhibition detailing London's involvement with the slave trade.

The museum occupies a group of sugar warehouses built in 1802 beside the West India Docks on the Isle of Dogs. In 2003 the warehouses were converted into a modern museum space to display artefacts from the historic collections of the Port of London Authority. A series of 12 galleries show how the port of London developed over time, beginning with the coming of the Romans.

The museum takes a 'timeline' approach, tracing through models, videos, and historical objects how the port changed and grew.

One gallery covers the involvement of the London port with the sugar trade and slavery from 1600. Another gallery explores the history of the 'Legal Quays', established by Elizabeth I to collect customs duty on imported goods. See how trading companies such as the Muscovy Company and the British East India Company used the port of London as their base for worldwide trade expansion.

Take a look at crime and punishment on the waterfront, including how authorities tried to solve the problem of river pirates and the severe punishments they meted out to those they caught!

Another looks at the port during the heyday of the British Empire from 1840-1880. More recent history includes the 'Docklands at War', telling the story of the port during the dark days of WWII. The final gallery in the timeline shows how the Docklands area was developed since the end of the Second World War, including the nearby Canary Wharf development. 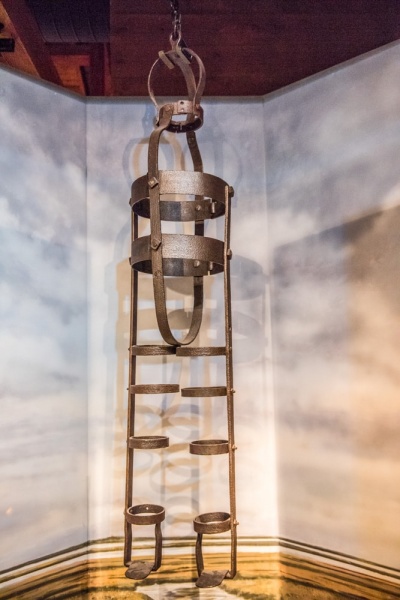 Aside from the main museum galleries, there are meeting rooms and a lecture theatre for special events, including talks by former dock workers. There is also an extensive archive of documentary material that can be consulted by arrangement.

There are regular special events, including a Docklands Ghost Tour, and walking tours around the historic port.

One of the most interesting examples of Docklands heritage is not actually inside the museum but outside, at the south-western edge of West India Quay. Here almost overshadowed by modern development, is the Hibbert Gate, an exact replica of the original main entrance to the quay. The original was removed in 1932 to improve traffic flow. It was installed in 1803 and is topped by a model of The George Hibbert, a sailing ship that traded between London and the West Indies in the early 19th century. The ship was later used to transport convicts to Australia.

The gate's official name was the Main Gate, but it soon took on the name Hibbert Gate after the model ship. The gateway became an iconic symbol of West India Docks and its heritage and was incorporated into the coat of arms of the Borough of Poplar (now part of Tower Hamlets). 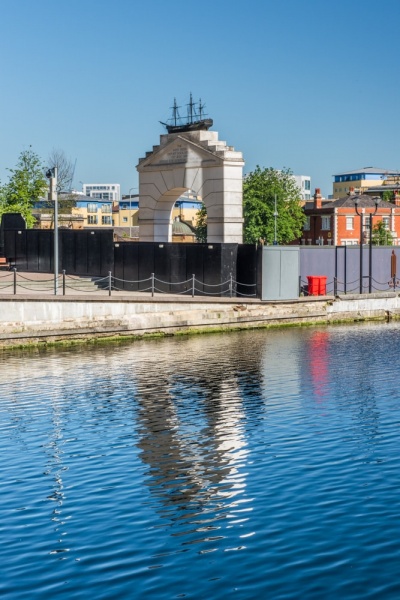 In front of the museum stands a statue of Robert Milligan (1746-1809), a wealthy shipowner and merchant, and the man primarily responsible for building the West India Docks. Milligan managed his family's sugar plantations in Jamaica and became frustrated by financial losses due to theft and inefficiency at London's wharves. He joined with other successful businessmen to plan and build the West India Docks and served as Chairman of the West India Dock Company.

When Milligan died in 1809 the Company commissioned the popular sculptor Richard Westmacott to create the statue. The statue was erected in 1813 in its present location, then was moved to the Hibbert Gate, but was returned to the West India Quay in 1997. 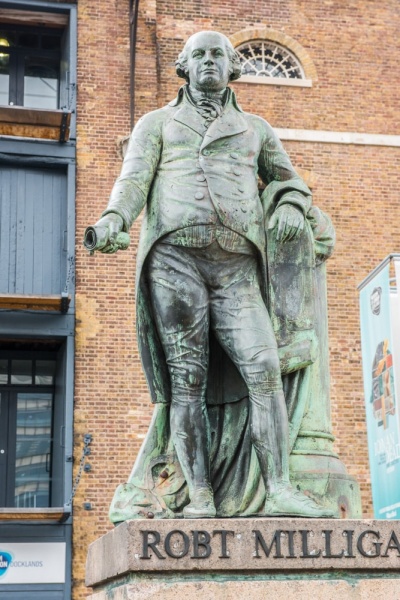 I'd been meaning to visit the Museum of Docklands for years, but it never seemed to fit into my timetable. When I finally made the effort to visit I wondered why I had waited so long. This truly is an outstanding museum!

The location is fabulous, right in the heart of the historic Docklands, and the restored warehouses are interesting in their own right, but what really amazed me was the sheer breadth of the museum's coverage. The exhibits seemed to go on and on; just when I thought I'd finished one area of the exhibits I'd turn a corner and realise I'd only scratched the surface.

The slavery exhibit was exceptionally well done, and very moving, but for my money, the best part of the museum was the exhibit on the WWII bombing of East London and the Thames dockyards. The terror and the destruction of the Docklands are brought to life in gripping fashion through a combination of audio-visual aids and interactive displays in a way that really made those dark days come alive. On a lighter note, it was fun to see a display on PR photos taken of The Beatles using the Docklands as a setting.

I highly recommend the Museum of London Docklands. 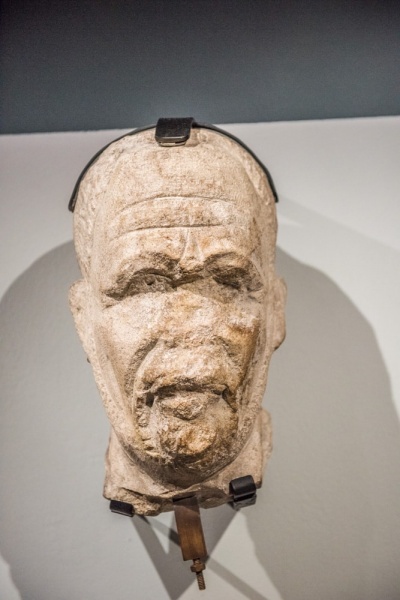 By far the easiest way to reach the museum is from West India Quay station on the DLR. From the station exit simply turn right at the bottom of the stairs and follow the quay. You will see the museum on your right, no more than 2 minutes from the station. Canary Wharf (Jubilee Line) is also within easy walking distance.

The Musem of London Docklands is free to enter. 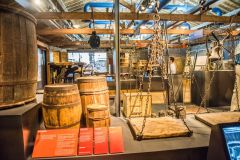 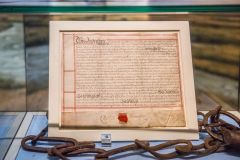 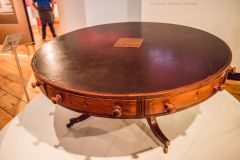 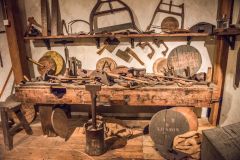 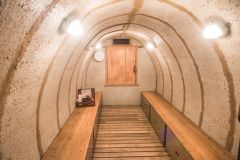 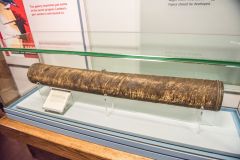 More self catering near Museum of London Docklands >>

More bed and breakfasts near Museum of London Docklands >>