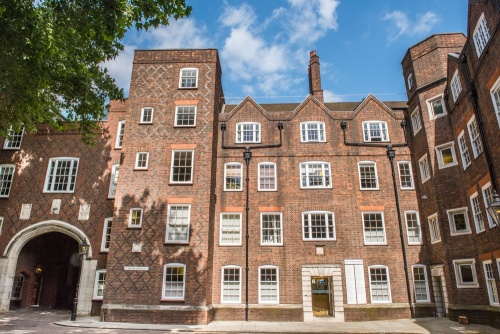 Lovell paid roughly one-third of the total cost of £345. He had been a member of the Inn for 20 years, since the time he fought for Henry Tudor at the Battle of Bosworth.

The Gatehouse was constructed with bricks dug and made on the site. One story, which may well be true, says that playwright Ben Jonson worked as a bricklayer during the building works, and also worked on the brick wall separating Lincoln's Inn from Chancery Lane. 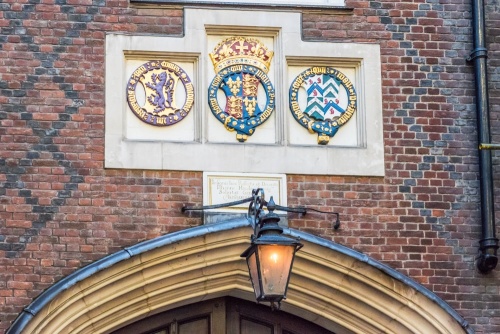 Lovell coat of arms over the arch

Lovell incorporated his own family coat of arms above the entrance arch, in addition to the arms of Henry VIII and the Earl of Lincoln. Beneath the coats of arms is a dedication stone commemorating a restoration in 1695.

On the other side of the Gatehouse (facing into Lincoln's Inn) are the arms of John Hawles, Treasurer in 1695, flanked by much more modern arms of Lord Upjohn and Princess Margaret, Countess of Snowdon, who served as Treasurer in 1965 and 1967 respectively.

The large oaken doors were added in about 1564.

There are a small set of rooms above the gateway arch. These rooms are thought to be those occupied by Oliver Cromwell when he was a young law student here in 1617. 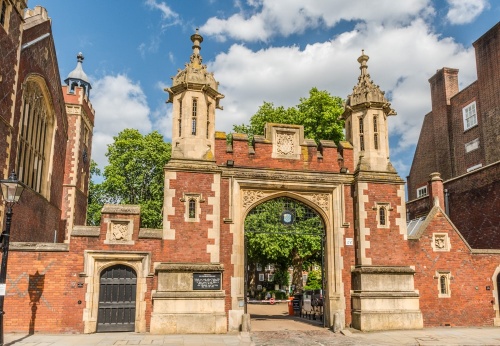 The western gateway on Newman's Row