HERITAGE HIGHLIGHTS:   One of the few surviving medieval buildings in London 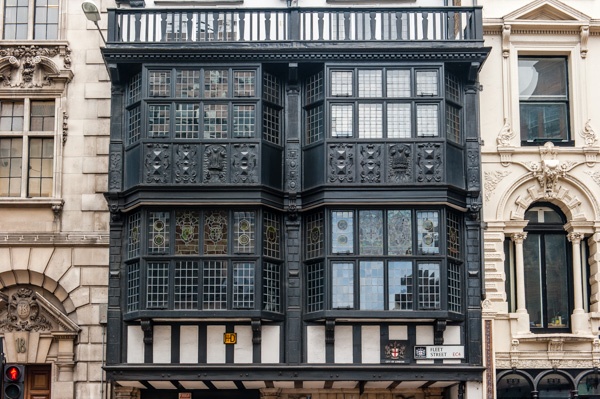 Prince Henry's Room exterior
Prince Henry's Room is one of the few remaining buildings in London that survived the Great Fire of 1666. The Room is a half-timbered building dating to the 12th century, when it was owned by the Knights Templar, who also owned nearby Temple Church.

When the Templars were suppressed in 1312 the building passed into the hands of the Knights Hospitaller; the ancestor of the St Johns Ambulance. When that order, in turn, was disbanded in 1540 there was a tavern on the site.

In 1610 the building was rebuilt as a tavern named The Prince's Arms. It later passed to the Sotheby family, until it was sold to the City of London.

The curious name of the building is the result of an unproven association with Prince Henry, first son of James I of England. The story was told that the building was rebuilt in 1610 for the Council of the Duchy of Cornwall and that the first floor rooms formed a chamber reserved for the Prince.

This association seems supported by a carved crest of three feathers that can clearly be seen on the front of the property. However, it seems unlikely that Prince Henry actually had any direct association with the building, but the name has stuck.

The interior features some original oak panelling and later Jacobean panelling in pine, and a Georgian chimneypiece.

As of this writing, admission is free. 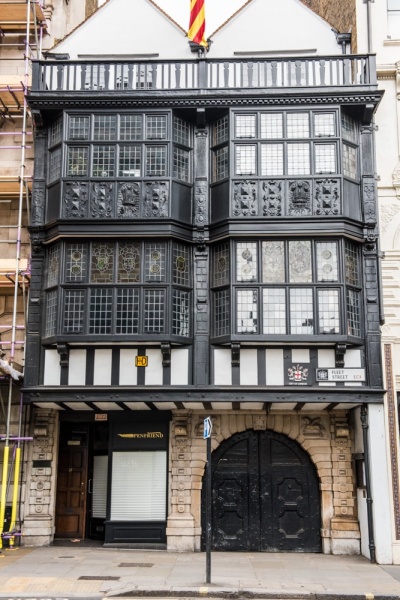 The view from across Fleet Street

We've just been informed that the Room is currently closed. We'll keep an eye on this situation and update this page as soon as we know more. You can still view the striking timber-framed exterior of the building, though, simply by strolling along Fleet Street!

We keep checking, but still no news. It appears that the City of London isn't making any plans to reopen Prince Henry's Room anytime soon. We'll update this page as soon as we hear of any changes.