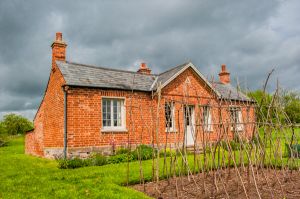 Rosedene is a simple red-brick Victorian cottage built for Chartist members as part of the innovative Chartist Land Plan. Thie small cottage has been restored to show what life was like for early Chartists. Included on the site are a dairy, earth closet, water pump, and a working kitchen range.

The Chartist's Land Plan was a scheme to encourage industrial workers to resettle on a smallholding, as part of a collective environment, with houses allocated by lottery to members contributing to the scheme. Over 250 smallholdings were established across the country as part of the scheme.

The house is set beside a working organic garden, managed by volunteers, and many of the original trees still remain in the orchard.

One of the leaders of the Chartist movement was an Irishman named Feargus O'Connor. O'Connor came relatively late to the cause, becoming interested in the Chartist cause in the 1840s. He was a moderate, actively promoting peaceful social reform rather than violence, an aim he publicised by founding and publishing a newspaper called the Northern Star. 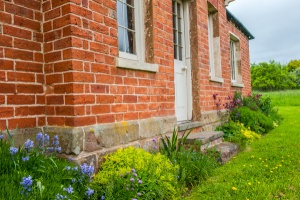 The front of the cottage

In 1845 O'Connor came up with the idea for a Chartist Land Company to bring working-class people from the industrial cities and towns, into the countryside. Each family would have their own house and enough land to be self-sufficient. Because the new settlers would own property, they could get the vote, and because they were self-sufficient the movement would alleviate unemployment and poverty at the same time.

O'Connor's idea was that people would put 26 shillings into a special bank. The bank would accumulate enough money to purchase land and found a community. Then the actual plots of land, varying in size from 1 to 4 acres, would be assigned by lottery to those who had contributed.

By the time O'Connor's group had founded its first 4 communities this lottery practice was declared illegal, so at Dodford they needed a new scheme to allocate property. To resolve the legal issue they asked for a premium deposit, or bonus payment, with the top bidder getting the first choice. The top premium paid for a Dodford cottage was £150, a very large sum in the mid-19th century, especially for the working class city-dwellers O'Connor was hoping to attract.

O'Connor and his supporters established five intentional Chartist communities, of which Dodford was the last; the land was purchased in May 1848.

The Dodford site was chosen because it had been owned by Bromsgrove Priory in the medieval period, and O'Connor assumed that the monks knew what they were doing and the land would be good for agriculture. He was only partly right, for the heavy clay content of the soil meant that only some types of crops would do well at Dodford, and the first settlers struggled to produce enough food for their own needs. 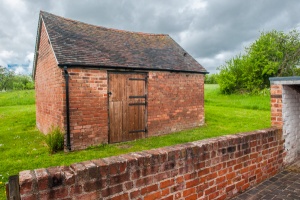 The Barn and orchard beyond

The site was split into 40 plots of four acres each, laid out on a grid. Kilns were established to make bricks from clay dug on the site. O'Connor and his supporters worked quickly, and the first cottages were occupied by July 1849. Rosedene was purchased by William Hodgkiss, an Irish pensioner and former employee of the East India Company. Hodgkiss paid £120 for Rosedene and added another payment of £130 sometime later.

The Hodgkiss family only lived at Rosedene for a short time. The family most linked to the cottage are the Crisps, who first moved here in 1912 and retained the cottage until it was purchased by the National Trust in 1997.

Rosedene is extremely simple, with a pair of bedrooms flanking a combination living room and kitchen at the front of the house. Each bedroom has its own small fireplace, which must have been a rarity in those days and a welcome bit of comfort on cold winter days!

The bedrooms have original wooden plank floors but the kitchen area is floored with large clay tiles and heated by a coal-fired range. Most of the woodwork is original, including a floor-to-ceiling cupboard and the door and window frames. These features would have been common to all the Dodford cottages, as Feargus O'Connor established a joinery shop to create all the woodwork for the last 4 Chartist communities.

From the kitchen, a passage leads to a rear vestibule with a water pump and well, and to one side is a dairy, or cool-room set down into the floor to help the chamber stay cool and act as a very basic refrigerator for meat and other food.

A doorway leads from the vestibule into a partially enclosed rear yard running the length of the cottage. There is a sheltered storage area at one end, a water-butt at the other beside a storage room and a privy. A larger workshop/storage room is built into the rear of the cottage. Behind the cottage is a small barn which gives way to a large orchard area where bees are kept.

To the front of the cottage is an organic kitchen garden, which was planted with rhubarb and strawberries when we visited. 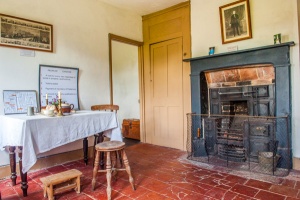 One of the unique features of Rosedene is that a system of air vents was built into the structure to encourage air circulation. There are several of these vents below the floor, and another under the eaves, over the front door.

Feargus O'Connor, and whoever helped him design the cottages, had very advanced ideas about a properly vented house, ideas that would not become widespread for a century after his death.

All the bricks for Rosedene were made locally, and you can still see a depression in the earth where clay was dug to use for brickmaking.

We were fortunate to be guided around Rosedene by a wonderful couple of volunteer guides, who gave us not only historical background on the Chartist movement, but stories about the social context of the movement, and the people involved. We learned about the people who gave up their former lives to join the Dodford community, and the hardships they endured when the soil proved inadequate to sustain their families solely through growing their own food.

It was not the idyllic life that Feargus O'Connor envisioned; daily life must have been difficult for those who came to Dodford. Many left, but some stayed, and the community did not die out but evolved over time. Many of the Chartist cottages have survived, though some have been significantly altered.

What struck me most was the simplicity of the cottage. It would have been extremely difficult for large families to live in a cottage like Rosedene. Seeing the cottage as it would have been in the 19th century really gives an insight into the life of the working classes, and an even greater insight into the lives of the Chartists and their legacy.

Admission is only by guided tours and booking is essential - please see the National Trust website link below for details. 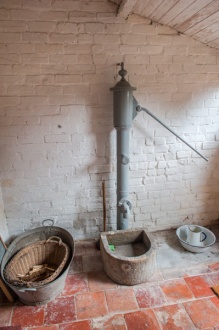 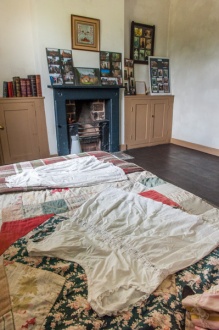 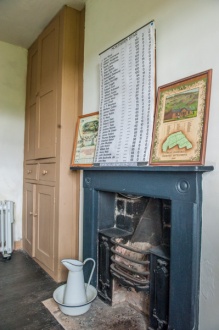 A bedroom fireplace and
cupboard 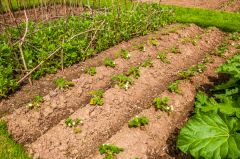 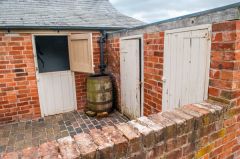 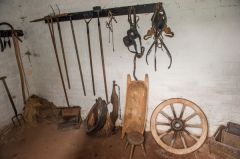 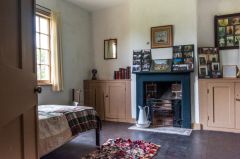 More self catering near Rosedene >>

More bed and breakfasts near Rosedene >>