HERITAGE HIGHLIGHTS:   The Vernon tombs in the chapel 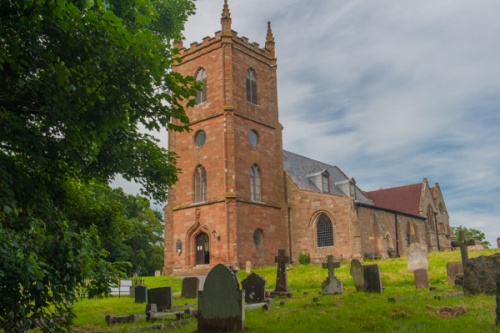 Hanbury's medieval parish church stands atop a low, wooded hill, on a site once occupied by an Iron Age hillfort. In AD 836 the Saxon king Wiglaf founded a monastery on the site of the hillfort, so there would certainly have been a church here at least as early as the 9th century. However, the current St Mary's dates to 1210.

The Grade I listed building was altered in the 14th century, then extensively rebuilt in the Georgian period. The architect responsible for the Georgian renovations was Thomas Johnson of Worcester, who inserted neo-classical windows in the medieval fabric and rebuilt the west tower.

The church was heavily restored by GE Street in 1860, and as a result is a curious mix of Georgian, Victorian, and medieval styles.

The material is a mix of red sandstone, rubble, and dressed ashlar, beneath a roof of mixed slate and tile. There are gable ends and a west tower, while inside the nave is divided into four bays, with both north and south aisles, transepts, a three-bay chancel, and a south chapel. 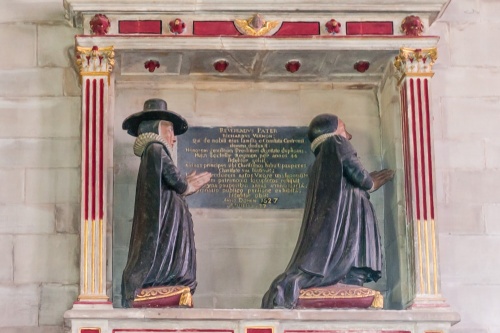 The major historic interest at Hanbury is the south, or Vernon Chapel, which contains several very fine monuments to the Vernons of nearby Hanbury Hall (National Trust). Against the south-east wall is a memorial to Thomas Vernon, a wealthy lawyer and builder of the Hall.

The monument was partly the work of Edward Stanton, who eventually served as Mason to Westminster Abbey. Thomas's effigy is reclining, clad in his lawyer's robes and flanked by figures representing Justice and Learning.

Interestingly, Thomas Vernon's wife Emma, from whom he was divorced in 1791, is buried, not in state within the chapel, but outside, near the edge of the woodlands to the north of the church.

Not far away from Thomas Vernon's memorial, on the west wall of the chapel, is a grandiose memorial to Thomas Vernon's second cousin and heir, Bowater Vernon, sculpted by Louis-François Roubiliac.

Bowater is shown standing, dressed in Roman clothing, grasping a book. The pose is serene, and speaks of erudition and a man of refinement and learning. This portrayal is emphasised by the epitaph, which notes Bowater Vernon's temperance.

The truth is rather less complimentary, for in life Bowater Vernon was known as a spendthrift, who managed to run through his inheritance in record time, and lived a riotous life of parties and gambling. But let us not be unkind; the monument is indeed a lovely piece of sculpture, even if it does take some liberties in its portrayal of the deceased. 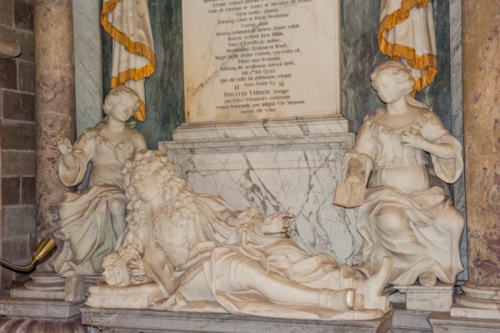 A later Vernon, Thomas Bowater Vernon, has a tomb niche set into the exterior wall of the chapel, while a much earlier Vernon, Richard (d. 1627) is remembered in a beautiful painted monument on the north wall of the chancel. Richard was the first Vernon to serve as rector of Hanbury, a post that remained largely in the Vernon family for 275 years.

Against the north wall of the north aisle are a couple of striking sculptures by Walter Gilbert and Louis Weingartner. These are artists models for the Nativity and Resurrection panels of the Great Reredos of Liverpool Cathedral. 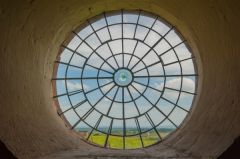 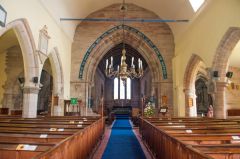 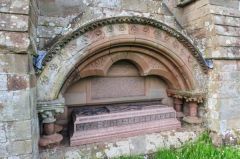 More self catering near Hanbury

More bed and breakfasts near Hanbury