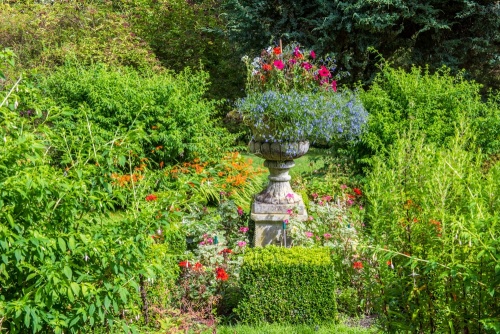 A lovely romantic garden set in beautiful parkland surrounding a historic 18th-century house near Leyburn. The gardens are situated at the entrance to scenic Wensleydale, in the Yorkshire Dales. The house, designed by John Carr and built from 1760-1768, is not generally open to the public, but the extensive gardens are regularly open from spring to autumn.

The 18th-century house replaced an earlier Elizabethan manor house. The Constable Burton estate came into the Wyvill family through marriage during the reign of Edward VI (1547-1553).

The first house we know of on this spot was built during the reign of Elizabeth I, using an H-shaped layout with two projecting wings around a central block. Marmaduke Wyvill was named the first Baronet Wyvill in 1611. Sir Marmaduke served several times as an MP and was the first MP for Richmond.

The property passed through generations of the Wyvill baronets until another Sir Marmaduke Wyvill, the 7th Baronet, hired John Carr of York to redesign the Elizabethan house in fashionable Palladian style. Carr was a prolific architect whose work proved very popular among the aristocracy in 18th-century England.

He is best known for his design of Harewood House, near Leeds, but he also designed over 60 bridges in Yorkshire and served twice as Lord Mayor of York. At Constable Burton, he designed an Italianate house in typically elegant Palladian style, with a huge Ionic portico reached by symmetrical sets of outer stairs. 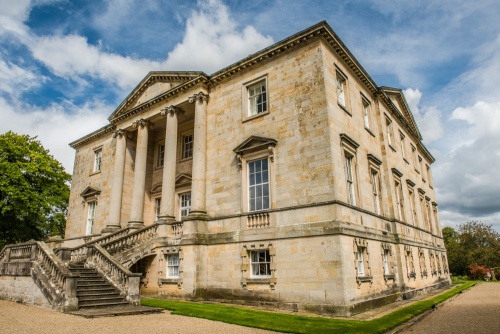 As for the 7th Baronet never married, and when he died in 1774 the baronetcy ended. The house, however, is still in Wyvill family ownership.

The gardens include many water features such as a stream garden and reflective pools, and there is a collection of alpine plants, shrubs, and roses to enjoy. There are lovely old trees and woodland walks.

Just behind the house is this formal area, planted with perennials to create vivid colour in spring and summer. Each border is planted with a weeping pear tree to add height and structure.

The terraces date to the Tudor period when they formed part of a more formal garden area of box and yew hedges. Large trees now provide a canopy over the formal beds and provide dappled areas of light and shade.

The terraces give way to Granny's Garden, a peaceful enclosure surrounded by yew trees and clematis. 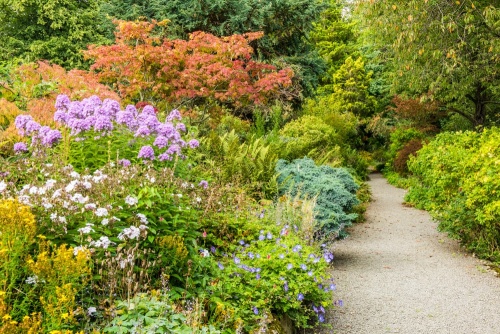 From Granny's Garden, the trail takes you to the Acer Walk, formed of acer palmatum, a variety of maple that gives vivid colour in autumn.

Below the Rock Garden are groups of Yellow Skunk Cabbage, a large perennial producing lush yellow blossoms in spring. At the back of the Rock Garden is a Katsura Tree from eastern Asia that gives autumn colour.

From the Rock Garden, you follow the Park Walk past the house front, along paths with architectural plants including gunnera, bamboo, hostas, ferns, and rhododendron. The gunnera can grow up to 2 metres high.

From the beck cross over a picturesque footbridge to the reflection Pons, a peaceful area centred on small ponds that once provided ice to the Ice House that is visible in the nearby parkland. The ice house served as a Georgian refrigeration system, with blocks of ice from the ponds packed with straw for insulation keeping the interior of the ice house cold enough to preserve food.

From the Dene area, the path follows the Lime avenue towards the house. The lime trees give greenish-yellow flowers in July, and the sweet-smelling flowers attract bees. The original 17th-century drawing of the garden shows the lime avenue, suggesting that the trees here are over 350 years old. 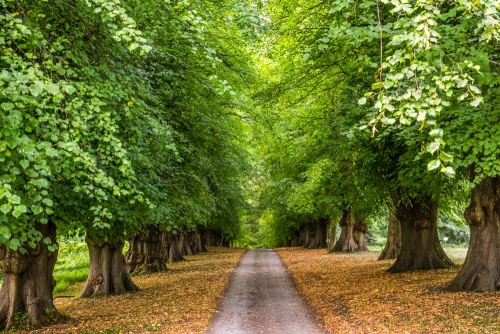 Beyond the Lime Avenue is the daffodil field, with wonderfully colourful displays of yellow daffodils in spring and early summer. This is a popular spot for a picnic.

Constable Burton Hall is located directly on the A864 between Bedale and Leyburn. To our surprise, the visitor parking area proved to be directly in front of the beautifully elegant mansion house. There was no ticket kiosk, merely an honesty box and leaflets explaining the major garden features.

You follow easy-to-spot arrows around the garden, beginning with the formal sundial garden behind the house, following the terrace below the house, walking up the park walk to the Dene above the house, then coming down the lime avenue to complete a circular route back to the front of the house.

Along the roughly circular garden route are numerous signs explaining the wildlife, history, trees, insects, birdlife, and plants in each area of the garden. The signs are exceptionally informative and really help bring the garden and its heritage to life.

The house is available for tours through the Invitation to View scheme. 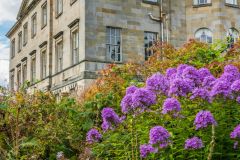 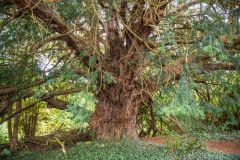 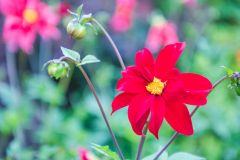 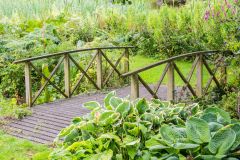 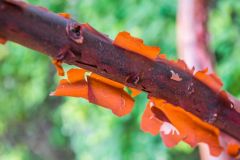 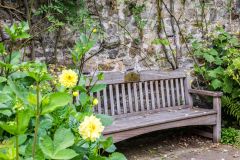