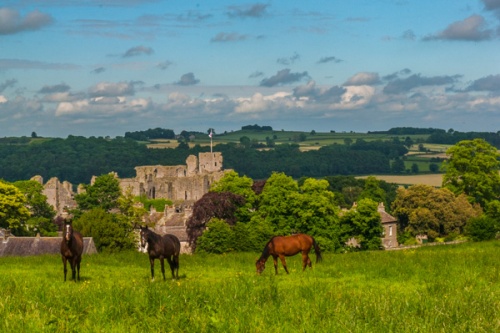 Shortly after the Norman Conquest a cousin of Wiliam the Conqueror named Alan 'the Red' erected an earthwork fortification at what is now William's Hill, in the Wensleydale village of Middleham, on a rise between the rivers Ure and Cover. This simple structure was composed of earth banks and a small, narrow bailey enclosure.

Sometime around 1090, Ralph Fitz Ranulf moved from William's Hill to a slightly lower but larger point of ground to the north west, and there built a large rectangular keep which forms the core of the current Middleham Castle. The keep still stands to its full height and incorporates a hall and Great Chamber. These were originally reached only by an external stair. 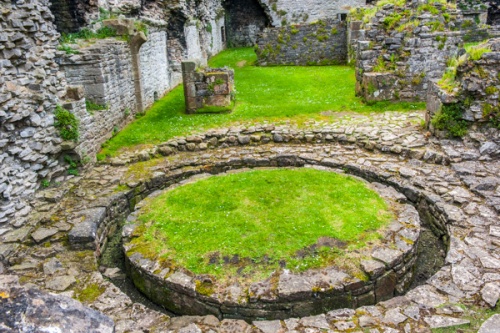 The castle is built on a rectangular plan, with walls up to 3.7 metres thick (about 11 feet). A curious three storey chapel was added on the east side of the keep in the 13th century. This chapel had a vestry at the lowest level with a priest's lodging above.

In 1270 Middleham was granted to the Neville family of Raby. The Nevilles were emerging onto the national stage as a real power in the late 13th century, a position they were to occupy for the next 2 centuries, and Middleham was one of their most important bases in the north. Around 1300 Ralph Neville enlarged Middleham, adding a high curtain wall around the stone keep, essentially turning it into a quadrangular castle with a keep in the centre.

The wall does not extend very far away from the keep, echoing the concentric castle designs perfected in northern Wales by Edward I. The keep was high enough that archers on the parapet could have shot their arrows over the curtain wall easily.

In the 15th century, the curtain wall was heightened to create space for new living quarters for retainers built against the inner surface of the wall on three sides. These lodgings take up much of the interior space inside the curtain wall, leaving only narrow passages. The main living quarters for the lord or steward remained inside the eep itself.

Under the Nevilles, the northeast corner tower was rebuilt as a gatehouse. This new gatehouse may have been the work of Richard Neville, Earl of Warwick, better known to history as 'the Kingmaker'.

Middleham was the Kingmaker's main power base in the north, and it was here that he raised George, Duke of Clarence, and Richard, Duke of Gloucester (later Richard III) after their father Richard, Duke of York was killed at the Battle of Wakefield in 1460. The young nobles were raised together with Neville's own family, and so Richard met his future wife Anne Neville. 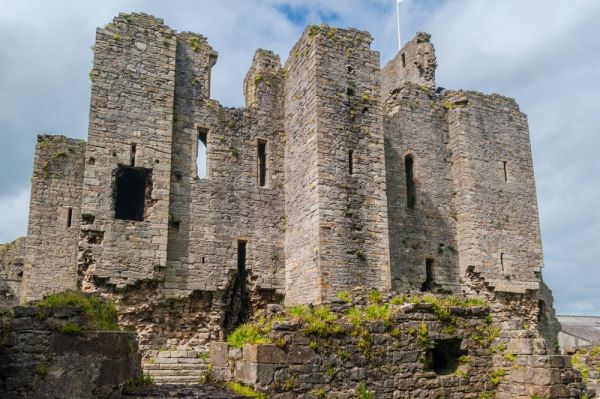 Neville held Richard's elder brother Edward IV prisoner at Middleham in 1469. Only two years later, however, Edward was back on the throne after Neville was defeated and killed at the Battle of Barnet.

In 1471 Edward gave Middleham to his brother Richard, and Richard married Anne Neville. They made their home at Middleham and it was here that their only child, Edward, was born in 1473. Sadly, Edward did not survive childhood and died in the castle in 1484. (see photos of his memorial in our article on Sheriff Hutton church). 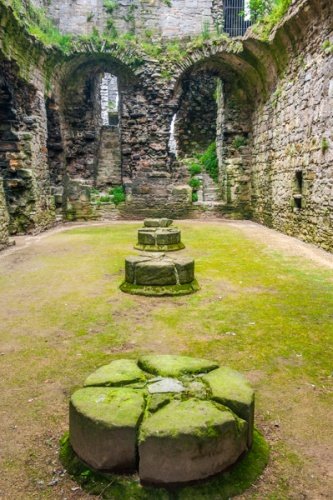 When Richard died in 1485 the castle reverted to the crown and stayed in royal hands until 1604 when James I gave it to Sir Henry Lindley. But Middleham was allowed to fall into decay during the 17th century. It was briefly garrisoned during the Civil War and slighted by Parliament so that it could not be used again by Royalist supporters.

From the Civil War period, the castle fades from the pages of history. It was taken into state care in the 20th century and is now under the protective wing of English Heritage. 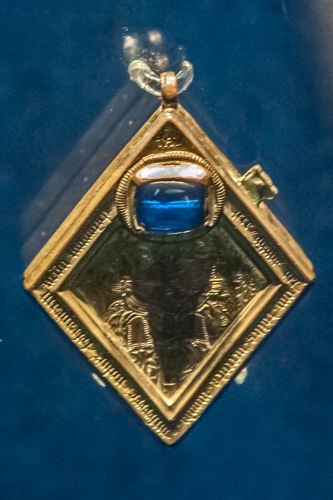 In 1985 a metal detectorist searching a bridle path near Middleham Castle discovered a remarkable 15th-century jewelled pendant. The pendant, dubbed the 'Middleham Jewel', is an elongated lozenge, made of gold with a blue sapphire on one face.

Both sides of the jewel are carved with intricate Biblical scenes and the faces of saints. A panel on the reverse slides away to reveal an inner chamber. when the jewel was opened the inner chamber was found to hold small pieces of silk embroidered with gold thread.

This is presumed to be holy cloth and the jewel was made to act as a reliquary for the cloth. It would have been worn by a noblewoman, perhaps by Richard II's wife Anne Neville of his mother Cecily Neville. The jewel was purchased by the Yorkshire Museum for £2.5 million. An exact replica of the Middleham Jewel is on display in the castle.

More self catering near Middleham Castle

Self Catering near Middleham