HERITAGE HIGHLIGHTS:   The historic prison building that gave its name to prisons in general. This is where the phrase 'being sent to the clink' comes from. 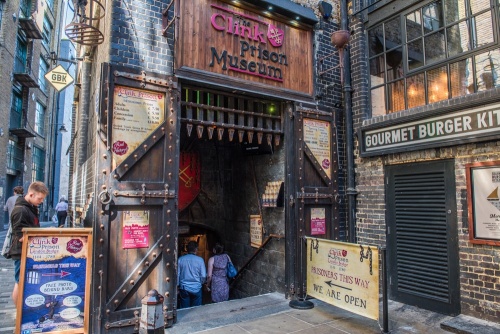 The Clink is the prison that gave its name to prisons everywhere. The Clink was owned by the Bishops of Winchester, who maintained a residence on the south bank of the Thames. The Bishop licensed brothels on Bankside, and from the 12th century the Clink was used to house prostitutes and their customers who ran afoul of the Bishop's rules.

The Clink was a holding place for prisoners, attached to the Bishop of Winchester's House, or Palace, on what is now Clink Street, a short walk from Southwark Cathedral. During the Elizabethan period the Clink became the place for the Bishop to imprison those who held heretical views, but by the following century it had become primarily a debtor's prison.

The Clink Prison Museum tells the sometimes grisly tale of this notorious prison, through a series of historical tableaux and interpretive displays. Get a glimpse of what life was like for inmates in The Clink, and trace the history of the building over time. Some displays are a bit graphic and may not be suitable for younger children.

In 1127 Henry I granted the Bishop of Winchester an estate to be known as 'The Liberty of the See of Winchester in the Clink in the Borough of Southwark'. With the grant came a set of privileges including the right of sanctuary and the right to hold an independent court.

In practise this gave the Bishop sweeping powers, including the right to try and sentence wrongdoers in his own court. Among those most affected by the Bishop's court were the many 'stewhouses' (brothels) on Bankside, where the prostitutes and their customers could be fined or sentenced for a variety of offences. 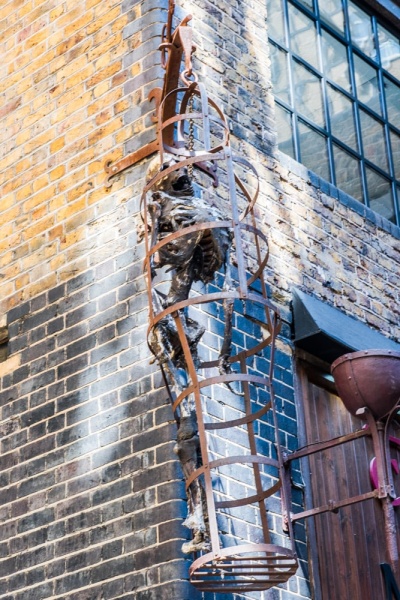 A gibbet outside the museum entrance

In addition, the right of sanctuary in the Bishop's estate meant that Bankside attracted a variety of unsavory characters from the City of London across the river. The Clink did not lack for prisoners!

An oubliette, or deep hole, was installed in the cellar of the Clink, and special stocks and a cuckling stool were installed. This later instrument was like a long, cantilevered pole, which dunked prisoners into a small stream beside the prison.

Though the Clink was never a pleasant place, it became a quite dreadful prison, known for its harsh treatment of prisoners. The dungeons were seldom cleaned, and chains, manacles, and bolts were used to confine prisoners in great discomfort.

The Clink fell out of use during the 18th century, and it was finally burned down during the Gordon Riots of 1780. The site was rebuilt, but burned again in 1814. Of the medieval Winchester House, only one wall and a great rose window can still be seen, a few steps away from the current entrance to the Clink Museum. 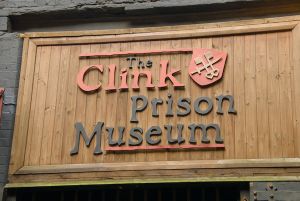 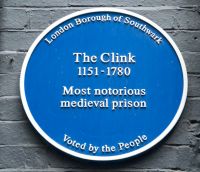