Introduction to the Cotswolds

An overview of geography, heritage, and attractions 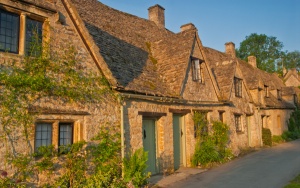 Defining the Cotswolds as a geographical region is an exercise fraught with difficulties; though most people can agree that the region is centred on the Cotswold escarpment that rises to the east of the Severn estuary, there is no general agreement on where the boundaries of the region lie.

Some maps show the Cotswolds stretching from the outskirts of Bath in the south almost to Stratford-upon-Avon in the north, and from the Severn in the west to Oxford in the east. Other interpretations are less liberal, confining the Cotswold designation to the hills and attendant valleys of the Cotswold escarpment itself. This interpretation would limit the span of the Cotswolds to some 50 miles. Yet the long-distance path known as the Cotswold Way winds its intricate way for over 100 miles from Bath to Broadway, across the Worcestershire border.

Some of the confusion is intentional, as towns and villages scarcely within sight of the Cotswold Hills attempt to lure visitors drawn by the reputation of the region as the heart of traditional English countryside charm. Other confusion is unavoidable, as the Cotswold area is a region blessed with distinct geological features which help form much of its undoubted charm. Yet exactly where the golden-toned limestone that contributes so much to the region's character begins and ends is a subject for never-ending debate. 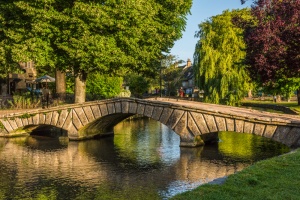 In this short traveller's introduction, I've chosen to be bound not by tourist authority designations or administrative districts, nor by strict geographic concerns. Instead, driven by nothing more reasoned than my own eclectic tastes, I've chosen to include those towns and villages that I've enjoyed visiting, and might reasonably be enjoyed by other visitors to the area.

This nebulous definition allows me to include towns such as Evesham and Tewkesbury, which, it might be argued, are not within the Cotswolds proper. But, since it seems that every self-proclaimed authority has its own definition of what constitutes The Cotswolds, I shall proclaim my own definition here.

The name "Cotswolds" is rightly applied to a high escarpment running north from the outskirts of Bath and petering out somewhere near the borders of Worcestershire. Along that ridge, and in the valleys that radiate out from it, lie some of the prettiest, most "English" villages in the entire country. 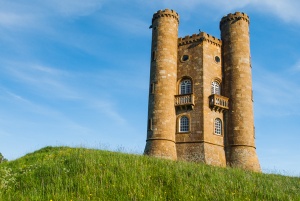 Although some, like Broadway, are well-known and frequented by tour buses, others slumber on. Among the latter are Lower Slaughter, and Bibury, where the ivy-clad Swan Inn provides a relaxing break from exploring the medieval cottages and delightful church.

At pretty Bourton-on-the-Water, the River Windrush meanders through the centre of town and is crossed by stone bridges so low you can trail a foot in the water. The cottages are built of lovely golden "Cotswold stone", a warm-toned limestone that gives the villages of this region a charm found in few other places.

The Cotswold area is famed for its "wool churches", large and highly decorated parish churches built with the proceeds of the profitable wool trade during the late medieval period. Large parish churches like that at Northleach look as though they should belong to a busy, prosperous town instead of a sleepy little village. 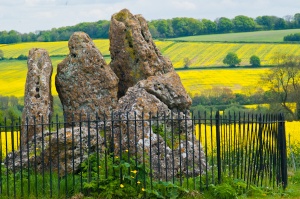 At Stow-on-the-Wold rose-covered antique shops surround a village green with its medieval stocks still in place. The village church is entered through a door framed by the branches of an ancient tree. The town's exposed position on a high hilltop is emphasized by a famous rhyme; "Stow-on-the-Wold, where the wind blows cold".

Just north of the village are The Rollright Stones, an unpretentious prehistoric stone circle. Nearby Chedworth is the site of perhaps the finest Roman villa in England. Tewkesbury, now bestrewn with fine antique shops, boasts a superb abbey church surrounded by half-timbered Tudor buildings. A few short miles away is Winchcombe, yet another delightful Cotswold village, and home to Sudeley Castle, where Queen Katherine Parr ended her days. Close to Winchcombe is Belas Knap, one of the finest Neolithic chambered tombs in England.

A short drive from Belas Knap brings you to not one, but two, of England's finest gardens, Hidcote and Kiftsgate, while just down the road is Hailes Abbey, where the Cistercians housed a vial of Christ's blood to attract medieval pilgrims. After Henry VIII disbanded the monasteries in the 16th century the "blood" was revealed to be a mixture of saffron and honey! 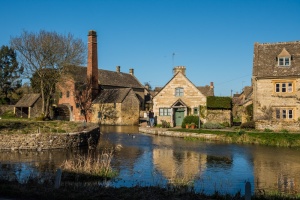 Near Bath is Bradford-upon-Avon, where the largely unaltered Saxon church of St. Lawrence provides a rare glimpse of Dark Ages worship. At pretty Lacock, the entire village is preserved by the National Trust, and at Lacock Abbey you can see mementoes of William Fox-Talbot, who helped pioneer photography from this former medieval nunnery. The village also houses a Museum of Photography, with many rare cameras. Lacock featured in the film version of Jane Austen's Pride and Prejudice.

Cheltenham preserves a different era in English history - the town owes its prosperity - and much of its fine architecture - to the spa which became enormously popular here in the Georgian period. The town is resplendent in Regency terraces of cream-white houses and wrought-iron railings. The Promenade is the heart of Regency Cheltenham, a refined main street filled with beautiful architecture. In the summer months, baskets of flowers are hung from the buildings that verge on The Promenade.

The city of Gloucester itself suffers from the benefits of advancing civilization, but the Cathedral is superb, and the city boasts intriguing museums, including the National Waterways Museum and the Museum of Advertising and Packaging. To the southwest lies Slimbridge, home of the Slimbridge Wildfowl and Wetlands Trust, where geese, swans, and other wildfowls breed in a protected environment.

More dramatic is Berkeley Castle, the grim medieval fortress that was the final prison for King Edward II. It was here, in a small, squalid room just off the main entrance to the castle, that the unfortunate Edward was cruelly murdered by his captors in 1327. The interior of the castle is blissfully original. There is a 14th-century great hall built just inside the castle wall, and a lovely 16th-century wooden screen graces one end of the hall.

As you can tell in this brief overview, the Cotswolds offer more than a little variety for visitors. 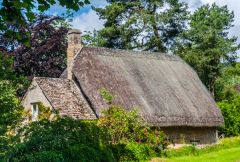 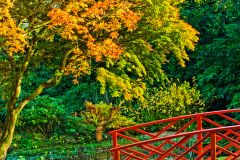 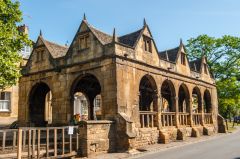 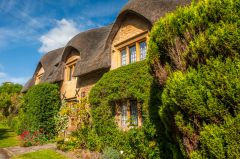 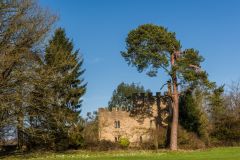 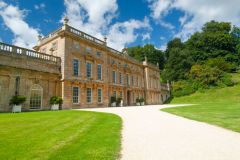 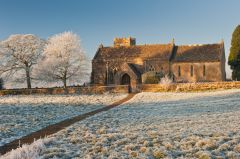 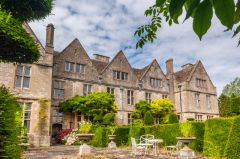 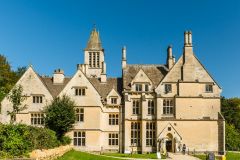