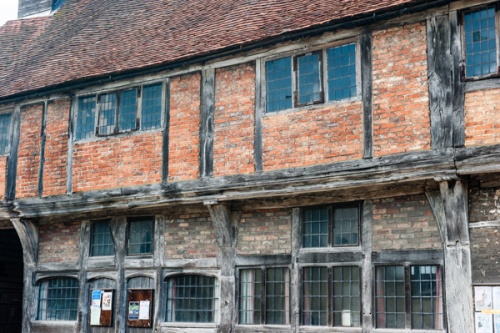 A timber-framed building in West Wycombe

The entire town of West Wycombe is owned by the National Trust, who purchased it in 1929 when it was under threat of destruction. The village boasts several fine examples of historic buildings, with most dating from the 16th to 18th centuries. Leaflets outlining an architectural walking trail about the village are available from shops on the High Street.

West Wycombe Hill, above the town, is surmounted by an Iron Age hillfort, which shares space with a largely 13th-century church. The church is topped with an enormous golden ball, large enough to hold 6 people.

It was created by Sir Francis Dashwood of Hellfire Club fame as a meeting (read "drinking") space. The interior of the church is remarkable; it was created to emulate an Egyptian temple with Corinthian columns, marble floors, and richly decorated ceilings and walls.

Nearby are the West Wycombe Caves and the Dashwood Mausoleum. In the 1750s the caves were excavated from an old quarry by Sir Francis, partly to give work to unemployed locals, and partly to create an out of the way spot for his club to gather. The caves are populated with costumed effigies of Dashwood's friends.

A secret tunnel is rumoured to run between the George and Dragon pub in West Wycombe to the caves. The pub itself has a resident ghost, the spectre of a former barmaid. 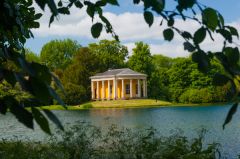 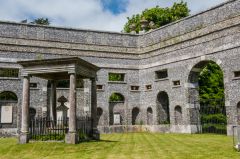 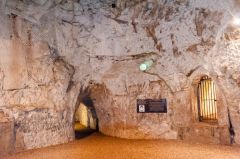 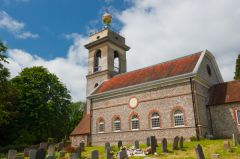 More self catering near West Wycombe