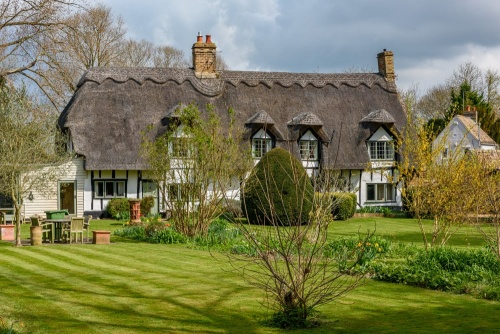 Hemingford Grey is a chocolate box village of thatched cottages, a medieval manor house, and a 12th-century church overlooking the slow-moving River Great Ouse just outside the bustling market town of St Ives. It is roughly three miles from Huntingdon and two miles from St Ives.

The village owes its name to the De Grey family, who once owned the medieval manor house. The neighbouring village of Hemingford Abbots was so named because it belonged to the Abbot of Ramsey.

The twin villages grew up near the Roman road from Godmanchester to Cambridge, and the area was settled by Danes around AD 870. Much of what is now Hemingford Abbots and Hemingford Grey was owned by Ramsey Abbey at the time of the Norman Conquest, but in 1077 William the Conqueror granted the land that is now the northern section of the village to one of his supporters, a man named Aubrey de Vere. 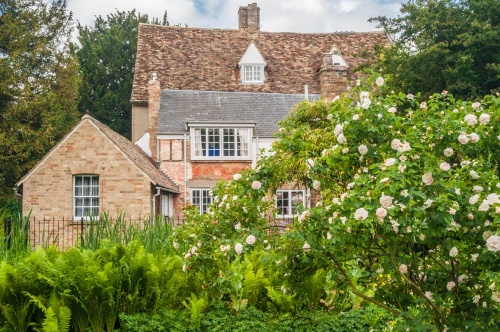 Sometime around 1130 Payne de Hemingford built what is now Hemingford Grey Manor on the south bank of the river. The manor is one of the oldest surviving examples of domestic architecture in Britain and, remarkably, most of the original house remains, though it has been added to over the centuries.

The moated manor house stands in four acres of beautiful gardens that are regularly open to the public, while the house itself is open for pre-booked group tours. The gardens, a mix of formal beds and wide lawns, was laid out by the writer Lucy Boston, a former owner, who used the house and grounds as the inspiration for her popular series of Green Knowe children's books.

Payne de Hemingford was probably also responsible for building the parish church of St James around 1160.

The Hemingford estate passed by marriage to Sir John de Grey (d 1266) and thereafter the village was known as Hemingford Grey. Sir John's descendants lived here for over 300 years before Henry VII seized the property when the last De Grey owner fell into debt.

The king granted the estate to Edmund Dudley, but in 1510 Dudley was executed for treason by Henry's heir, King Henry VIII. The estate was briefly owned by Sir Richard Williams, great-grandfather of Oliver Cromwell, and for the next few centuries it passed through the hands of several families until the 1801 Enclosure Act divided the estate's lands, leaving only the manor house and an empty title in the hands of the Douglas family. 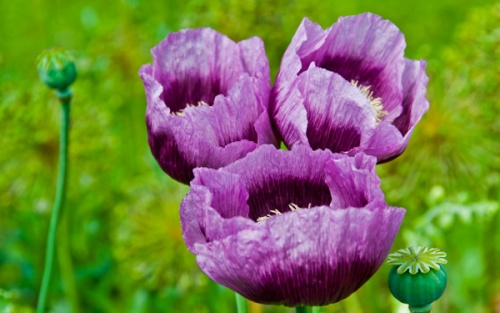 The Gunnings of Hemingford Grey

One of the most fascinating owners of the Hemingford Grey Manor was the Gunnings family, who only lived here for 10 years, from 1731-41. The Gunnings had two daughters, Maria and Elizabeth, who were considered great beauties and took high-society by storm, both making advantageous marriages, Maria to the Earl of Coventry and Elizabeth to the 6th Duke of Hamilton.

Elizabeth Gunnings' marriage took place at the Mayfair Chapel in London, a venue known to be popular for clandestine marriages. Diarist Horace Walpole wrote that her wedding ring was actually a curtain ring!

Maria Gunnings died at 27, probably of tuberculosis aggravated by her use of lead-based makeup. Elizabeth's first husband died in 1758 and she married again, to John Campbell, who became the 5th Duke of Argyll. Elizabeth was dubbed the 'Double Duchess' for having been married to two dukes. 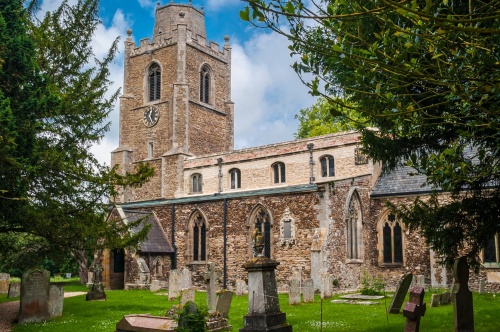 The beautiful riverside setting makes a visit to St James' Church an unforgettable experience. The church was probably begun about 1160 as a cruciform building with a central tower. The tower was pulled down in the 13th century and rebuilt at the west end of the church a century later.

The spire blew down in a storm in 1741 and was never rebuilt. It is said that the spire fell into the river, where it can still occasionally be seen. The spire base was truncated and topped with ball finials, giving the tower a peculiar look.

Inside, the best surviving feature is a 14th-century double piscina in the south wall of the chancel. There is a medieval font and monuments dating to the 17th century. 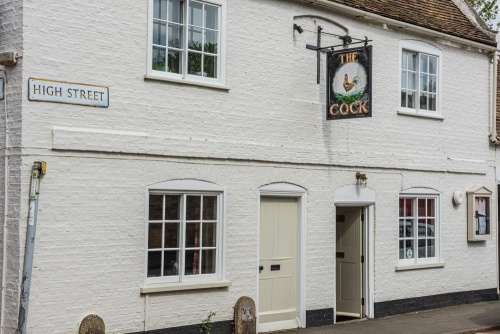 The village 'local' stands on High Street. It is a multiple award-winner, named as UK Pub of the Year in 2013 and 2019 by the Good Pub Guide. This traditional country pub is known for its top-class food and drink, with a lovely garden and picturesque setting.

The village is full of historic buildings, many of them listed by English Heritage for their historical value. There are 37 listed buildings in the village. The church and manor house are listed Grade I, the highest designation, while three others are listed Grade II* and the remainder as Grade II. 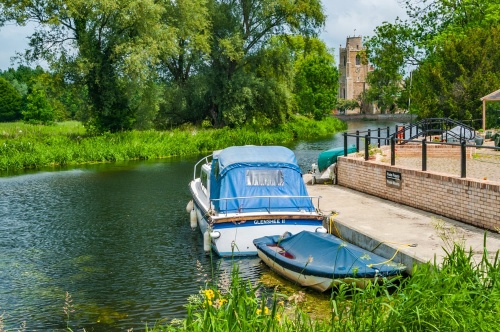 Hemingford Grey is known for its annual summer regatta, founded in 1901. The regatta was founded by Rev Byrom Holland, vicar of St James' Church from 1899-1910. It is among the oldest annual village regattas in England. The regatta, usually staged on the second Saturday in July, is for residents of Hemingford Grey and Hemingford Abbots, competing, not in specially-made boats like you might see at Henley, but in simple pleasure boats, usually rowboats and canoes.

Hemingford Grey is on a minor road off the A1096 immediately south of St Ives. It can also be reached off the A1307 Godmanchester to Fenstanton road, but by far the most enjoyable way to reach the village is by the riverside footpath that runs between Houghton and St Ives, along the south bank of the River Great Ouse. 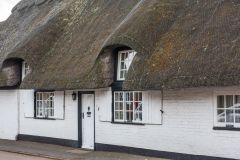 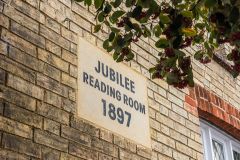 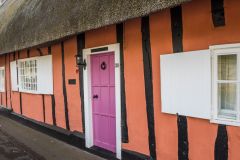 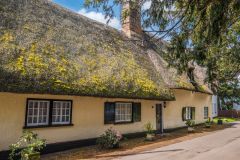 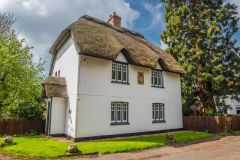 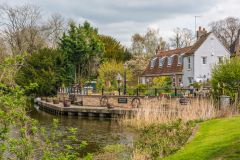 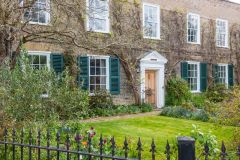 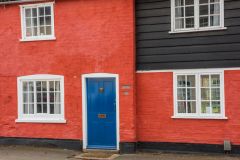 More self catering near Hemingford Grey