HERITAGE HIGHLIGHTS:   Cark and Cartmel rail station, built for the Dukes of Devonshire 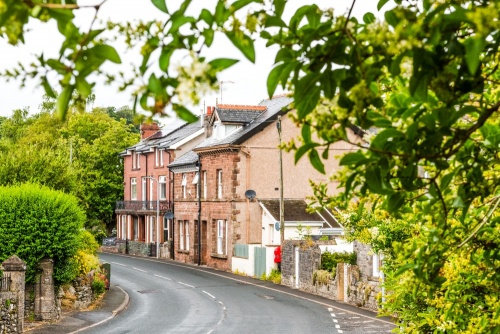 Cark-in-Cartmel (or, more simply, Cark) is a small village in the Lower Holker area of the Cartmel Peninsula. The peaceful village avoids the crowds that throng more popular Lake District destinations further north. Most of the visitors who venture in Cark's direction stop before they reach the village at the stately home of Holker Hall, located just a mile north in Holker.

The village grew up along the River Eaa, or Ay, which flows west into Morecambe Bay. Water mills were built along the river as early as the medieval period. In 1785 a cotton mill was built, changing Cark from a peaceful rural village into a thriving industrial hub of activity.

The mill employed a remarkable 400 people, including women and children. The success of the mill led to a rapid influx of workers, raising the village's population quickly. To accommodate the new workers a series of terraced cottages were built (Low, Middle, and High Row, and Mill Yard). 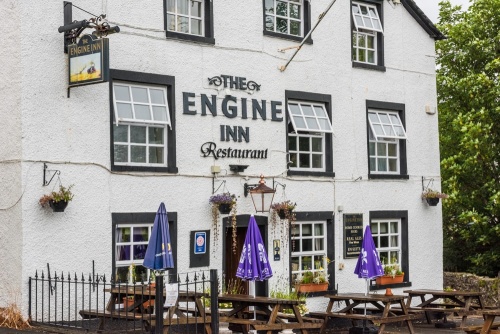 The golden age of the cotton mill came to an end in the Napoleonic War period, and by 1815 it was converted into a corn mill. The mill lasted until 1936 when it was lost in a fire. The only remnant of industrial Cark are the rows of cottages running along the river bank.

Many Cark residents turned their attention to fishing, taking advantage of the village's proximity to the sea. Someone with a more entrepreneurial approach was John Butler of Cark, who launched a twice-weekly carrier service across the Sands of Morecambe Bay to Lancaster. 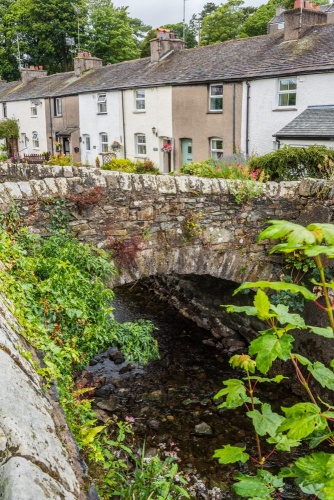 The 'Over Sands' route thrived until the arrival of the Ulverston and Lancaster railway in 1857. Cark didn't suffer too much from the transition, as the new Cark and Cartmel station brought visitors in increasing numbers. The station owed much to the efforts of the Cavendish family, the Dukes of Devonshire, who lived at nearby Holker Hall.

The station was designed by the Lancaster architects Edward Paley and Hubert Austin, who were better-known for designing country houses and churches across northern England. It is a much more attractive station than others on the line and boasted an awning added to protect the Cavendish family and their important visitors, including members of the royal family. 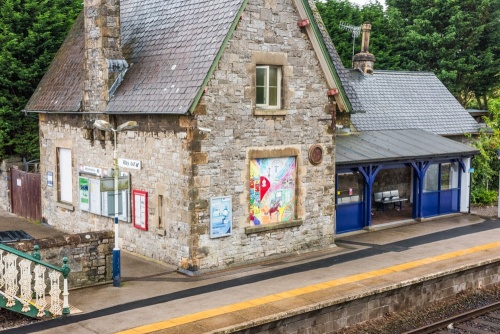 The advent of the railway made Cark-in-Cartmel a tourist destination, especially for people from the industrialised areas of the Furness Peninsula. To cater to those tourists several inns and hotels sprang up, including the Engine Inn and the Rose and Crown, which still exist today.

On the southern edge of the village stands Cark Hall, built in 1582. The Hall is a private dwelling and is normally closed to the public. 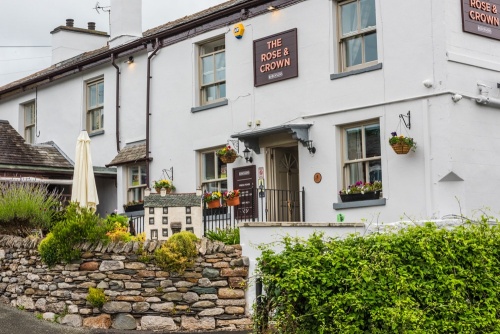 The Rose and Crown inn

Cark was an active area during WWII when RAF Cark was established south of Cark and the neighbouring village of Flookburgh. The airfield opened in 1941 and remained active until 1945. Established to protect urban areas of northern England, RAF Cartmel was later home to the RAF Training Command. The station was closed in 1947, and the site was used as a gliding centre and, more recently, a parachute centre.

Cark doesn't have any visitor attractions of its own, but it gives easy access to Holker Hall and to historic Cartmel Priory. There are the two pubs mentioned earlier, a village shop and a post office. 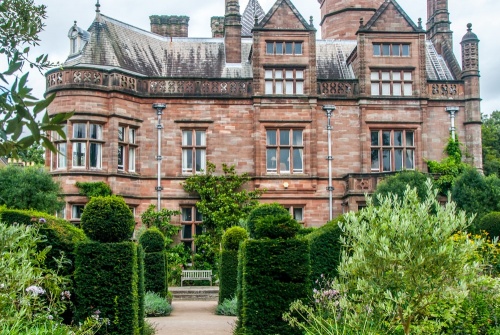 Cark-in-Cartmel is on the B5278 just south of Holker. There is no dedicated parking area, but we managed to find a place to park on a side street off the main road. It won't take long to stroll around the village. The most attractive area of the village is along the River Eaa, where you can see the old mill-workers cottages.

More self catering near Cark-in-Cartmel

More bed and breakfasts near Cark-in-Cartmel