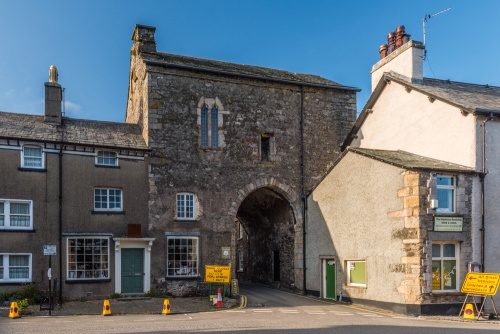 This 14th-century gatehouse is all that remains of an Augustinian priory, founded in 1188 by William Marshall, lord of Cartmel (later Earl of Pembroke). None of the abbey's domestic buildings survives except for the striking gatehouse, which stands in solitary splendour leading from the square to the former priory precinct.

The church was one of the few to survive the Dissolution of the Monasteries, a distinction it owed to Marshall, who stipulated that an altar should be provided within the church for the people of Cartmel. 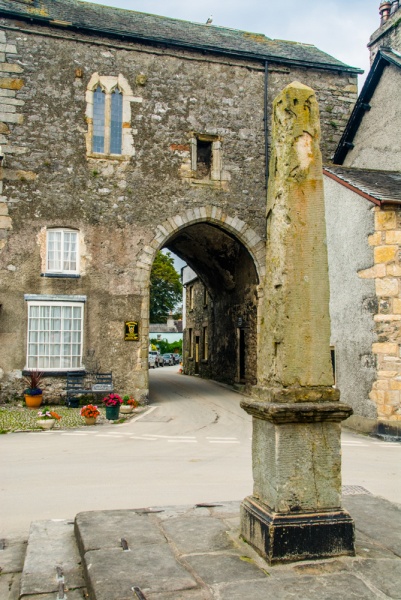 The gatehouse and market cross

The gatehouse was probably built around 1330-40, partly as a ceremonial entrance from the market square to the priory enclave, but just as importantly as a defensive presence in this troubled area.

Devastating raids by Robert the Bruce in 1315 and 1322 probably provided the impetus for the priory to build a defensive gatehouse to protect their site.

The gateway arch had a porter's chamber on one side and a guardhouse chamber on the other with a 'great room' over the central arch. This Great Room was originally used as a monastic court.

The porter would dispense alms to the poor, and the guards would watch for trouble. In this area of northern England, trouble was a constant possibility, with armed bands raiding north and south of the Scottish border on a regular basis. 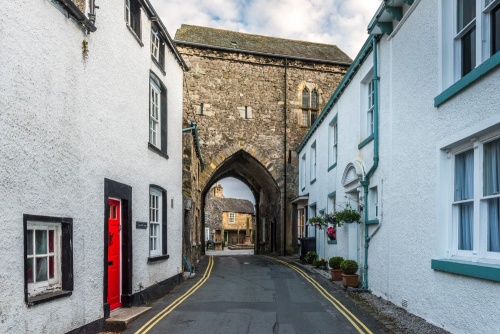 Cartmel Priory Gatehouse from the rear

But how did the gatehouse survive the Dissolution of the Monasteries, when so many monastic buildings were destroyed? The answer lies in its role as a courthouse for dispensing local justice. Not only was monastic justice dispensed in the Great Room, but the lord of Cartmel held his manorial court in the gatehouse, so the building was in regular use.

The Trust seems to have washed their hands of the building lately and it closed to the public for several years. At last note, it was occasionally opened to the public on a few special days throughout the year.

Even if the chambers built into the gatehouse are not open, you can still pass through the arch and view the gatehouse from both sides. 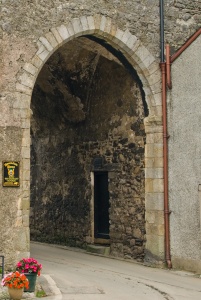 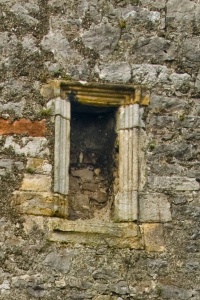 A blocked window
over the arch 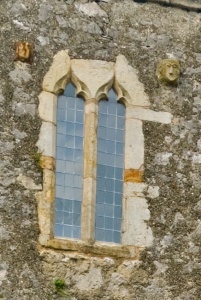