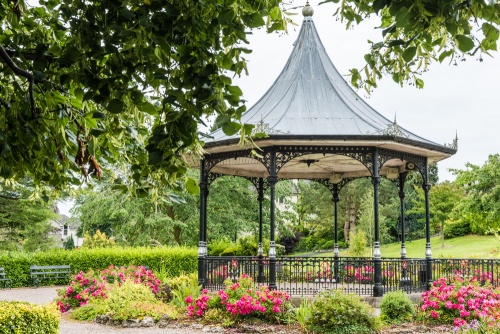 Grange-over-Sands is a former seaside resort town on the east coast of the Cartmel Peninsula, looking out across Morecambe Bay. Until the arrival of the railway in 1857 Grange was little more than a huddle of fishermen's cottages, but the railway brought an influx of visitors drawn by the warm climate and Grange became a popular seaside resort almost overnight. The town's Victorian architecture is a legacy from those heady days.

The story of Grange-over-Sands goes back long before the arrival of the railway, however. The earliest written record of a settlement here is contained in the registers of Cartmel Priory, two miles inland, where the name is written as 'Grange-with-Kents-Bank'. Grange, in this case, refers to a granary, or storage place for grain.

The village was focussed on fishing, though by the 18th-century a small shipping industry developed. Large ships carrying goods up the estuary would offload at Grange. Goods would be stored until a shallow-bottomed boat picked them up to continue the journey to the head of the estuary. 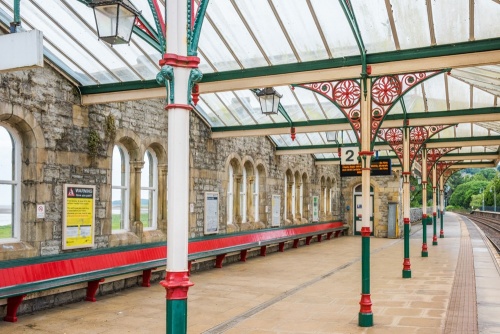 In 1857 the Ulverston (then called Ulverstone) and Lancaster Railway reached Grange. The railway was the brainchild of John Brogden, a Manchester entrepreneur and building contractor, who was supported by William Cavendish, the Earl of Burlington and later, the 7th Duke of Devonshire, whose family home of Holker Hall benefitted from the new railway line.

The railway station was designed by the Lancaster architect Edward Paley (who also designed the station at Cark & Cartmel, as well as many country houses and churches across northern England). Paley also worked on the Grange Hotel, erected at the same time as the station.

Within a few years, the village transformed from an isolated fishing community to a seaside resort. Hotels sprang up, many of them offering hydropathic treatments. 'Hydros' were like the Victorian equivalent of a health spa, a place to convalesce and enjoy the fresh air and seaside environment, but also a place to see and be seen. 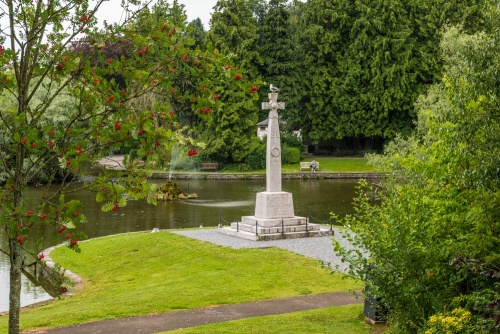 Piers were built to take steamers from Blackpool and Morecambe. Wealthy industrialists from across Lancashire and Yorkshire built holiday homes in Grange.

John Brogden laid out the Ornamental Gardens and overlooking the garden was the first Promenade. Grange was promoted as a genteel destination, a place for discerning people to enjoy the health-giving benefits of the seaside. A subway was built from the station to the shore, where bathing machines made it easy for modest bathers to enjoy themselves.

In 1902 the promenade was built along the seafront. The new Promenade also had a practical purpose; it hid the new town sewer. This long, curving walkway was bordered by flower beds on the landward side. It stretches for a mile along the coast, with access points for walking out onto the Sands that stretch across Morecambe Bay. The River Kent once flowed past the promenade, but over the past few decades it has gradually silted up.

In the Edwardian period, Grange-over-Sands was known as the 'Torquay of the North', a testament to its popularity but also a reminder of its warm micro-climate that allowed semi-tropical plants such as palm trees to grow easily. 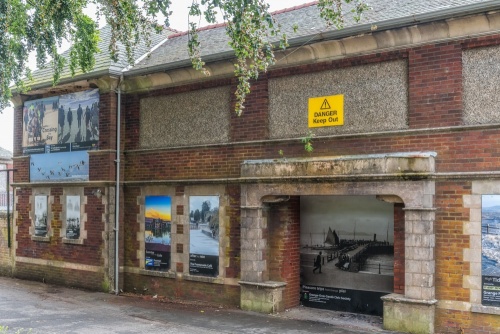 One of the last reminders of Grange's golden days as a seaside resort is the Lido, built in 1932 and fed by seawater. Sadly, the Lido is now derelict, and boarded up, though various plans have been mooted to transform the site.

Next to the beautiful Victorian railway station is the Ornamental Gardens, created from a former salt marsh. The gardens began in 1865 when Alexander Brogden leased the plot of land for 21 years. When the lease expired in 1886 the Grange Council leased it on a yearly basis, then in 1894 they purchased it outright.

The garden is based around a large lake, home to ducks and geese. On the north side of the lake is Picklefoot Spring, a natural spring that sends 60 gallons of water every minute flowing into the duck pond. The odd name comes from the fact that walnut pickers lived in nearby Main Street.

The well has never run dry - a fact that came in very handy in 1946 when a serious drought dried up Grange's water supply and residents had to rely on Picklefoot Spring! 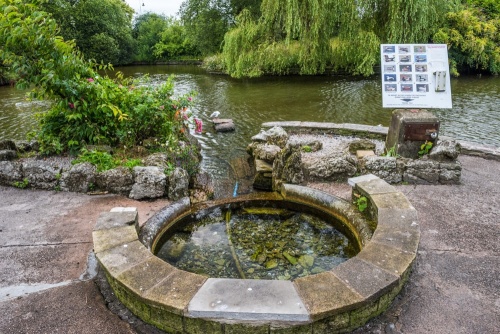 There are two main public gardens in Grange. The largest by far is the Ornamental Gardens, next to the railway station. The second is Park Road Gardens, near the Lido. In the heart of the formal park area is a bandstand erected in 1895. The striking bandstand is made of cast-iron under a pagoda-style roof of zinc.

The bandstand was originally glazed but the windows were removed when it was restored in 1990. It was a gift to the people of Grange from Harold Porrit JP, the Director of a textile factory in Helmshore, Lancashire, who also built the Tea Rooms on the Promenade.

It originally stood on the Promenade but was moved to the Park Road Gardens after ladies attending band concerts complained that its proximity to the railway line meant that their clothes got dirty from soot while they listened to the music.

On Hampsfell Road stands the parish church of St Paul's. This attractive Gothic Revival building was begun in 1852 by J Murray to meet the needs of the rapidly growing population. The land was donated by Miss Suzannah Newby and money was raised by public subscription. Before the church was built, worshippers had to travel to Cartmel for Sunday services. 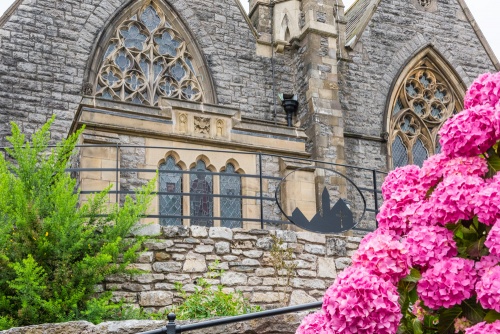 The Grade II listed building stands directly opposite the Clock Tower, Grange's most iconic building. The Clock Tower was built in 1912. It is a completely freestanding structure of limestone with sandstone ashlar dressings. Each face of the slender tower has a large clock face. Like the church, it is listed Grade II for its heritage interest.

On the west side of Main Street is Victoria Hall, a former council office and public hall built in 1898 by John Hutton of Kendal. The Hall is now home to the Grange tourist information centre.

Grange-over-Sands was historically part of Lancashire. County reorganisation now puts it in the South Lakeland region of Cumbria, though it remains legally part of the County Palatine of Lancashire and the Duchy of Lancaster.

Nearby historic attractions include Cartmel Priory, just two miles away, and the stately home of Holker Hall, about five miles distant. 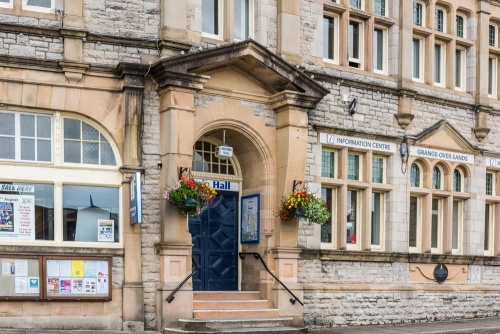 Grange-over-Sands is on the B5271 and B5277. It is signposted off the A590 South Lakeland road in both east and west directions. There is a large public parking area (pay and display) near the railway station off The Esplanade.

To get a sense of Grange, I recommend walking along the Promenade from the main visitor car park to the Lido, then crossing over the railway tracks and returning via Park Road and The Esplanade. That simple route will take you past many of the places made popular during the town's Victorian heyday, including both public gardens, the railway station, and the Clock Tower. 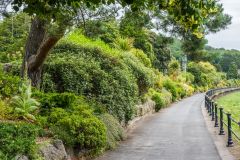 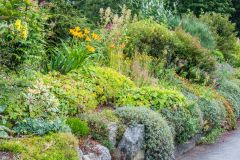 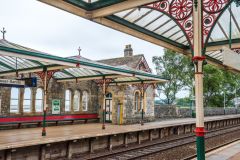 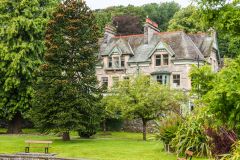 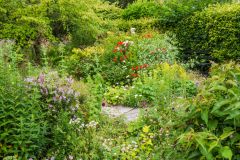 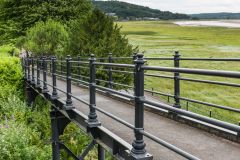 More self catering near Grange-over-Sands

More bed and breakfasts near Grange-over-Sands

Self Catering near Grange-over-Sands