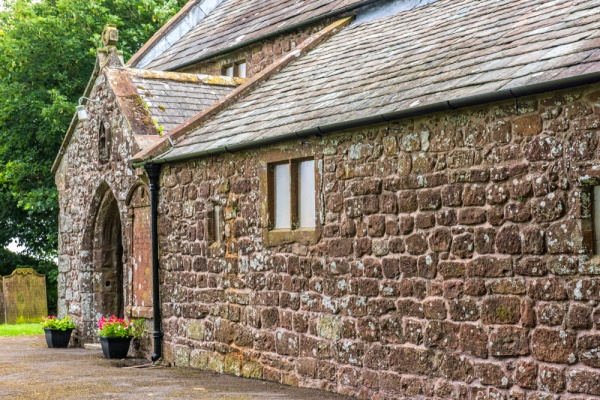 The pretty medieval church of Crosscanonby, Cumbria, stands on one of the oldest Christian sites in the north-west of England and beside the Roman road linking Carlisle and Maryport. There is thought to have been a church here as early as the turn of the 9th century, incorporating Roman masonry. That early church survived several Viking attacks. Not all the Vikings left after their marauding, for an ancient Viking hog-back gravestone lies outside the south wall.

A late Victorian vicar, Rev. WJ Marsh, wrote that St Kentigern may have visited Crosscanonby around AD 600, which might push the origins of the church back several centuries.

The present building dates to the 12th century, when a simple rectangular building was erected, consisting of a nave and chancel. A south aisle and chapel were added in the 13th century, and the entire building was restored in 1880. During the restoration, several sculptured stones were found built into the fabric of the church.

In the churchyard a Roman altar was unearthed, carved with a dedication to Acilianus, prefect of the 1st Cohort of the Dalmations, who served at Maryport. 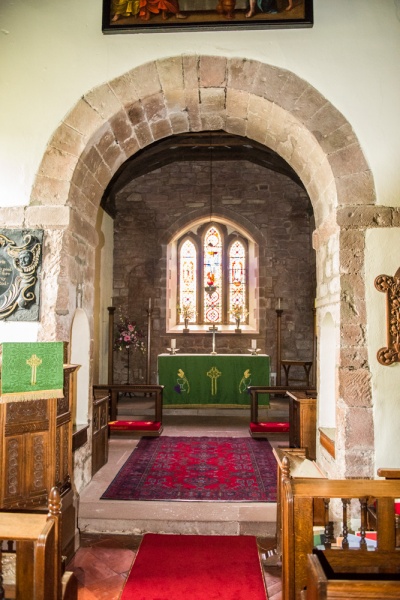 The oldest parts of the 12th-century church are a Norman window in the south sanctuary wall and the top section of another window between the nave and south aisle. Both of these windows probably date to around 1120.

But those windows are not the oldest part of Crosscanonby church, for the chancel arch is Roman, brought here in its entirety from the Roman army camp at Maryport. The arch was probably one of the most important entrances to the Roman fort, perhaps the entrance to the Commandant's quarters. A pair of niches in the arch are original and would have held statues to the current Emperor and the Commandant's favoured god or goddess.

The square font is carved from alabaster and dates to the 12th century. The font bowl is decorated with intricate leaf motifs.

At the west end of the church is a beautifully carved oak minstrel gallery, installed around 1730. On the wall is a painted royal coat of arms to George I, dated 1733. Over the chancel arch is an 18th-century painting of the Last Supper, probably the work of Matthias Read. Read also designed the memorial in the chancel to Joseph and William Senhouse. 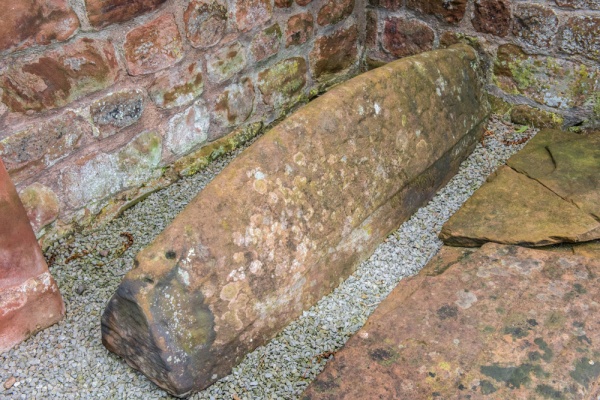 In the porch is a slab of stone that you'd be tempted to walk by without a second glance. Don't! This is the St Lawrence Slab, and if you look closely you can see a work carving of a man with a gridiron symbol. This is thought to represent St Lawrence, who was martyred on a gridiron. The slab has traditionally been dated to the 6th century, though more recent historians suggest a slightly later date.

Another ancient carved stone is incised with a thunderbolt symbol, the figure of a man, and a cross. There are also fragments of Roman millstones in the porch.

In the churchyard is a gravestone to John Smith, a salt tax officer who died in 1730. The gravestone is carved with a depiction of Smith seated at his desk, a quill pen in his hand.

St John's is usually open to visitors and was open when we visited. Its well worth seeking out, especially for the re-used Roman arch and the St Lawrence Slab with its intriguing carvings. 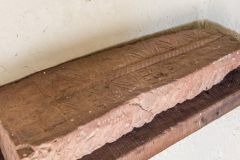 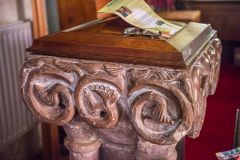 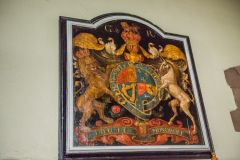 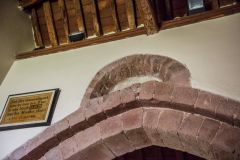 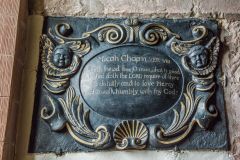 More self catering near Crosscanonby, St John the Evangelist

More bed and breakfasts near Crosscanonby, St John the Evangelist