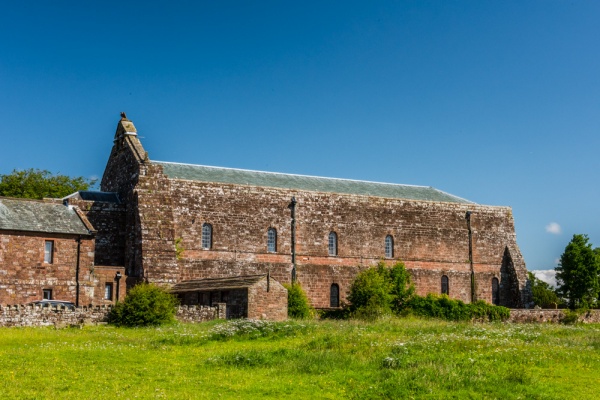 Holme Cultram Abbey (sometimes spelled Holmcultram) was once the largest monastery in the old county of Cumberland. It was founded for Cistercian monks from Melrose Abbey by Allen of Allendale in AD 1150. Cumberland was held by the Scottish crown at the time, and the grant of land was confirmed by Prince Henry, son of King David I, in his role as Earl of Cumberland. 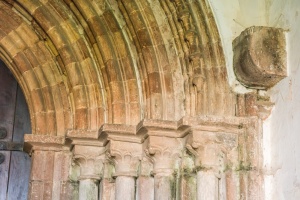 It is a mark of just how turbulent life could be in the border region that just a few years later Henry II reclaimed the area from Scotland, and in 1157 he confirmed the grant of land to the Abbey. The new monastery was built using stone quarried from north of the Solway Firth, in what is now Scotland. The abbey continued to hold estates in Scotland for several centuries after its foundation.

The abbey prospered, with benefactors giving the monks estates on both sides of the Solway. The abbey became the largest supplier of wool in north-west England. The monks became skilled at draining the marshes around the Solway Firth, and reclaimed large areas of land for grazing animals. They also founded a daughter house across the Irish Sea at Gray Abbey in Strangford Lough.

The abbey church must have been impressive; it measured 256 feet in length, with a tower some 110 feet high. These measurements are slightly larger than the original size of Carlisle Cathedral. 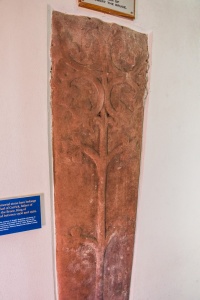 Life near the Scottish border was not a peaceful one. In 1216 raiders looted the abbey, making off with altar vessels, vestments, and books. However, the abbey enjoyed royal patronage, and Edward I came here in 1300 on his way to invade Scotland. The king returned in 1307, on his way north once more. He must have thought highly of the abbot, for he appointed him to the King's Council. Unfortunately, the aged king was in poor health, and died at Burgh-by-Sands shortly after leaving the abbey. His entrails are said to be buried in the abbey, but his body was carried in state to burial at Westminster Abbey in London.

After Edward's death, Scottish raids increased. The worst raid came in 1319 when Robert Bruce led his troops south. He attacked and burned the abbey, despite the fact that his father, Robert Bruce, Earl of Carrick, was buried here. Records show that the value of the abbey after Bruce's raid was one-fifth of its value in 1291. The abbey struggled along, and managed to avoid a raid by the Earl of Douglas only by paying a ransom of 200 pounds. To avoid future raids the abbey stored its treasures at Walty Castle for safety.

The Pope tried to help the abbey's finances by granting an indulgence, a forgiveness for sins, to pilgrims who gave alms for the abbey's repair.

The abbey never again reached its former wealth of status. When Henry VIII initiated the Dissolution of the Monasteries the Abbot of Holme Cultram joined the side of rebels who launched the Rebellion of the North against the king. It was to no avail, and in 1538 the last abbot surrendered the Abbey to king's commissioners.

The monks were dispersed, and 1600 acres of land was seized by the crown. The last abbot, Gawain Borrowdale, was granted a pension of £100 per year, plus ownership of the abbot's house and stables. He was also allowed to carry on as rector of the parish.

Many of the monastic buildings were pulled down, but the parishioners petitioned the king to spare the abbey church on the grounds that not only did it also serve as their parish church, it was also their only place of safety in event of a Scottish raid. The petition was granted, and Holme Cultram became one of only four Cistercian Abbeys to survive the Dissolution.

After the former abbot Borrowdale died in 1557 Mary I granted the parish to the University of Oxford. To this day the University has the right to appoint vicars.

In 1600 the central tower collapsed, damaging the nave and chancel. No one was hurt, though the vicar and one parishioner were inside at the time. The building was repaired, but almost immediately caught fire, and the new chancel was destroyed. By 1703 the church was in such a poor state that three bays were pulled down, along with the aisles. 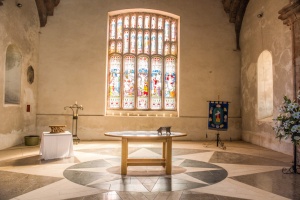 The interior of the abbey church is a marvellous mix of medieval, Tudor, and modern. The nave roof timbers include some original 12th-century beams. The beautifully carved arcades line the nave walls, showing where the former aisle arches stood.

The most impressive feature, however, is the magnificently carved west doorway, with multiple orders of moulding. Even with the inevitable wearing of the soft red sandstone, the carving is wonderful. The west facade of the church is also beautifully carved.

There is an exhibition on the history of the abbey, including carved stones found on the site. among the carved stones is the coffin lid of Robert Bruce, Earl of Carrick, father of King Robert I of Scotland. Another excellent example of carving is a frieze from the tombstone of Abbot Robert Chamber (d. 1489) depicting the abbot as a mitred bishop, with his monks kneeling on either side of him.

The church was badly damaged by arson in 2006. Original abbey records were destroyed, and it seemed that the church might be lost. But like a phoenix rising from the ashes Holme Cultram Abbey was restored once again. The neighbouring Abbey Cottages were turned into a tear room and exhibition, and the interior renewed.

The abbey is easy to find. It stands on the B5307 in the centre of Abbeytown village. The church is open daylight hours most days. When we arrived on a sunny day in July there was no one about but the doors were open, and we wandered in.

The first thing you see is the extraordinary west door. But it is when you step through the door into the church itself that the sheer size of the medieval building strikes you. The nave of the monastic church seems to soar upward, and the large windows shed a beautiful light over the interior. This is a memorable historic church, and a vivid reminder of the turbulent history of the border region. 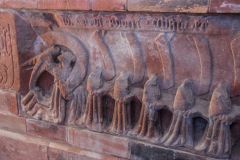 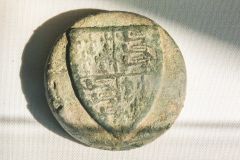 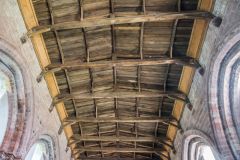 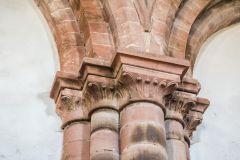 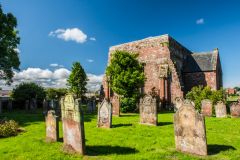 The Village Inn and Kirtle House B&B - 14.5 miles
Kirtlebridge, Dumfries and Galloway
From: £30.00