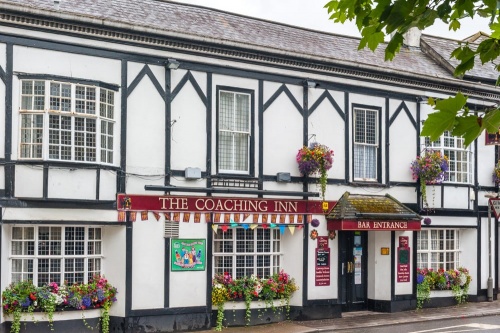 South Molton is an attractive market town on the southern fringes of Exmoor, with a history dating back to the Saxon period. The town is centred on a wide market square ringed by historical buildings.

There was a sizeable settlement at South Molton by the middle of the 7th century. By the time of the Domesday Book of 1086, the town could support four priests, an indication of great wealth and status. The town became a borough in 1150 and was granted not one, but two, Royal Borough charters, one by Elizabeth I in 1590 and the second by Charles II in 1684.

South Molton became a major trading centre for the wool trade, and it was the wealth of the local wool merchants that was responsible for the many attractive buildings that are arrayed around the market square. Visitors can follow a Heritage Trail linking the most interesting of these historic sites. 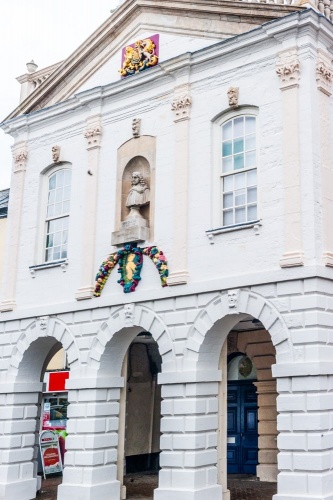 In 1655 South Molton was at the centre of the Penruddock Uprising, an ultimately futile attempt by the Royalist leader Sir john Penruddock to restore Charles II to the English throne.

The Uprising came to an abrupt end after a three-hour battle through the streets of the town, where New Model Army cavalry led by Cpt. Unton Croke defeated Penruddock's men and forced the Royalists to surrender. Penruddock and 11 other leaders were executed.

Fronting onto Broad Street is South Molton's attractive Georgian town hall, built from 1739 and 1743. Many of the Guildhall's period furnishings were brought from Stowe House in Kilkhampton, Cornwall, a mansion owned by the 1st Earl of Bath that was pulled down in 1739.

The Guildhall is topped by a cupola and clock added in 1753. Look for the bust of Hugh Squier set into a central niche in the Guildhall's facade. Squier (1625-1710) was a native of South Molton and a benefactor best known for establishing a free school here in 1684.

On the first floor of the Guildhall is the South Molton Museum, tracing the history of the town over time. among items of interest are two historic fire engines, archaeological artefacts, textiles, and farming tools. 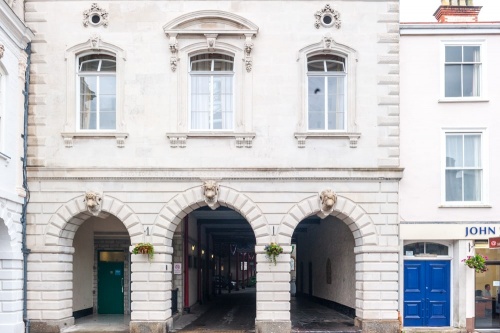 Reached through the Guildhall is the Grade I listed Pannier Market, built between 1863 and 1864 to offer a covered space to holders of market stalls. Above the market area was an assembly Room for public gatherings. The Pannier Market is still home to a lively market, currently held on Thursdays and Saturdays, with Sunday flea markets.

There has been a church in South Molton since at least the late Saxon period, but the present building dates to the 15th century and is an excellent example of Perpendicular Gothic style.

The church is worth visiting for its collection of Green Men carvings. There are 12 carvings, including an unusual figure to the left of the chancel arch that shows the Green Man with foliage flowing from his fingertips. The column capitals in the nave are richly carved with scenes from everyday life in the medieval period. 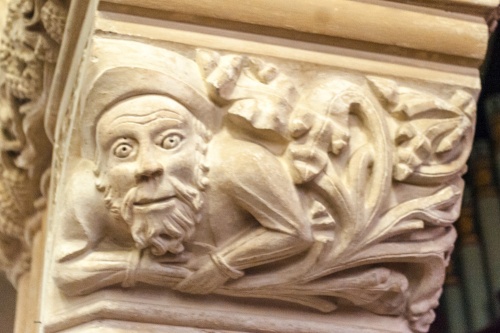 In the churchyard's north wall is Wagstaffe's Gate, so named for the Royalist leader Sir Joseph Wagstaffe, who, during Penruddock's Uprising, escaped his Parliamentarian enemies by jumping his horse over the churchyard wall on this spot.

One South Molton visitor attraction creates more buzz than any other; Quince Honey Farm holds the largest exhibition of honey bees in the world. Watch a beekeeping demonstration, try your hand at making a beeswax candle, and learn how bees produce such delicious honey!

South Molton is the perfect place to explore Exmoor and the rugged North Devon coastline. It is no wonder that the town enjoys its reputation as 'The Gateway to Exmoor'. 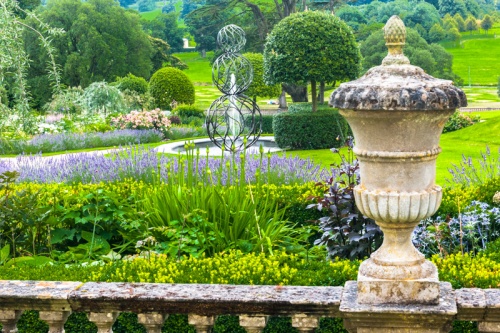 Three miles away is historic Castle Hill Gardens, an exquisite Palladian landscape dating to 1730 and laid out by the Fortescue family as an artistically-arranged landscape on a grand scale, with follies, sham castles, arches, and mock temples in neoclassical style.

South Molton is located just off the A361 about 12 miles east of Barnstaple. There is paid parking off Mill Street (EX36 4AS) and between New Road and South Street (EX36 4BH).

More self catering near South Molton

Self Catering near South Molton