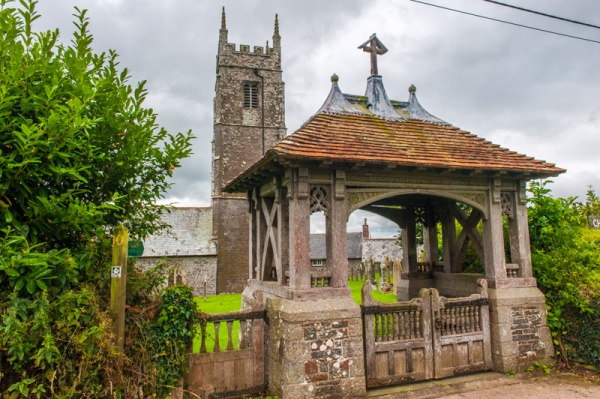 St John's church in the Devon hamlet of Warkleigh is not the easiest place to find; the church stands beside a cluster of cottages in Warkleigh Barton, on high ground north of Chittlehamholt, reached by a maze of winding country lanes. The churchyard path leads through a farmyard and past a cottage that once served as the parish workhouse.

Your reward for finding the church is a superb view from the churchyard, out over farm fields to the south. At the churchyard entrance is a lych gate in Arts and Crafts style, with a roof of red tiles over an oak frame. The lych gate was officially opened on All Saints Day, 1908.

We do not know when the first church was built at Warkleigh, but the record of rectors begins in 1276. The oldest part of the present building is the south aisle, built around 1420. The aisle boasts its original 15th-century timber roof, decorated with carved wooden bosses.

By the south door is the finely carved 15th-century font, with blank arcading decoration. Beside the font is the organ, installed in 1893. It replaced an earlier organ donated by Lord Rolle in 1840. 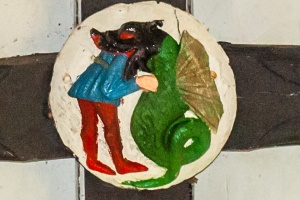 At the west end of the nave is a tower screen. The base of the screen was part of the original medieval rood screen, carved around 1550, and salvaged when the rood screen was removed in 1850. On top of the tower screen is the carved figure of an angel which originally stood on a sounding board above the pulpit. Near the pulpit is the doorway and a short section of stair that once led to the rood loft. The pulpit probably dates to the 16th century.

Highlights in the chancel include a stone reredos erected in 1904, and behind the reredos is the east window, inserted in 1892 as a memorial to John and Mary Mortimer of Warkleigh Barton. In the south aisle is a processional cross made from objects found on nearby farms. Beside the south aisle arch is a squint, allowing a view of the high altar from the aisle.

St John's church is famous for a hinged medieval container known as the Warkleigh Tabernacle. The tabernacle, probably used to hold consecrated Eucharist bread, was discovered by Rev. Sabine Baring-Gould in 1888, buried in the old parish chest. Baring-Gould is better known for composing the popular hymn 'Onward Christian Soldiers'. He served as parson the Lewtrenchard in West Devon, but travelled widely throughout Devon and Cornwall, collecting traditional folk songs which he published as 'Songs and Ballads of the West.

The Tabernacle was crafted in the late 15th century and altered during the reign of Mary I. It may also have been used as an Easter Sepulchre. The Tabernacle is thought to be unique in England. Unfortunately, it has been removed from the church for safe keeping, but there is a display with historical information and photographs of the container.

St John's is a lovely country church, in a wonderfully scenic setting. The church was open when we visited, and as far as we can determine it is usually open daylight hours. It is well worth taking the trouble to navigate the maze of nearby lanes to find the church! 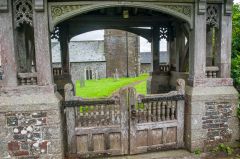 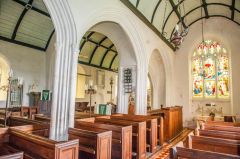 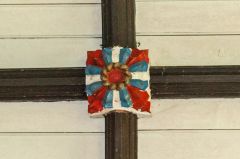 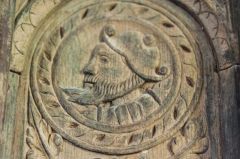 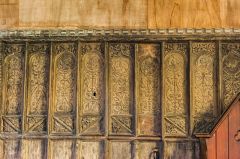 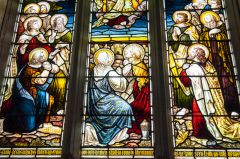 More self catering near Warkleigh

More bed and breakfasts near Warkleigh