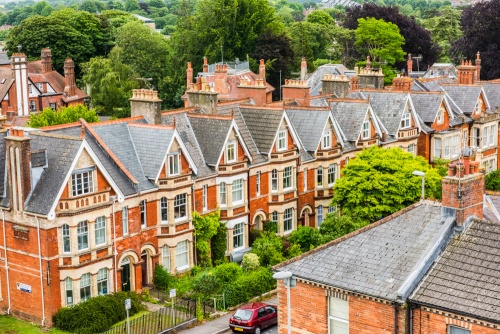 Dorchester from the roof of The Keep

Dorchester has been the county town of Dorset since 1305 (though not the largest centre in the county, that distinction rests with the port of Poole). An attractive market town with most of its interesting buildings dating from the 18th century, Dorchester is quite conscious of its connections with novelist Thomas Hardy. Hardy attended school in Dorchester, and later settled in the town, living in the house he had built at Max Gate. A statue to Hardy stands near the old Norman keep, now a Military Museum. 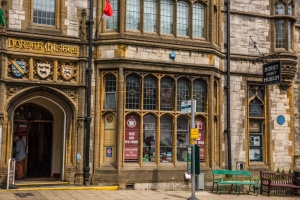 But the history of Dorchester goes back far beyond Mr Hardy! The Romans first came to the area in 43AD, when they defeated the native Durotriges tribe in a siege at the nearby hillfort of Maiden Castle. Artefacts from Maiden Castle, as well as the remains of defenders who died in the siege, are on display in the excellent Dorset County Museum.

Dorchester itself was founded in 70AD by the Romans, who called it Durnovaria. Traces of a Roman villa can be seen at Colliton Park, and a variety of local Roman mosaics can be seen at the County Museum.

Other attractions in Dorchester include the Teddy Bear House, the award-winning Dinosaur Museum, and The Tutankhamun Exhibition, displaying in meticulous detail the world of ancient Egypt and the buried treasure found at the tomb of King Tutankhamun.

More self catering near Dorchester

More bed and breakfasts near Dorchester