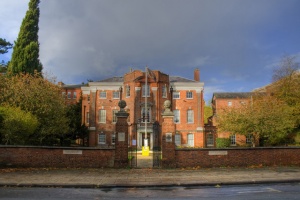 The Royal Hampshire Regimental Museum is housed in a splendid 18th-century building with a long history of association with the Regiment. In 1781 the house was bought by the Serle family.

Peter Serle became in time the commander of the South Hants Militia, and he turned his family home into a command centre for the regiment. In 1792 Serle sold the house to the government so that it could continue its military role.

The lovely gardens that grace the front of the house were planted after the Second World War as a memorial to Regimental members who died in service. There are four large galleries in the museum, with a variety of displays depicting the history of the Regiment over the centuries.