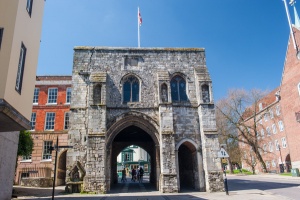 Just yards from the Great Hall of Winchester Castle is Westgate, which stands at the upper end of High Street. Indeed, so prominent is its position that the grey stone building dominates the street, dwarfing the shops that line the street below.

The Westgate is one of only two fortified medieval gateways in the city to survive (Kingsgate is the other). It was built as early as the 12th century, with later additions in the 13th and 14th centuries. From that later period come the portcullis and two gunports, intended for use with handheld cannon.

When the defensive needs of the city declined, Westgate was put to use as a gaol and debtors prison. Graffiti carved by prisoners can still be seen in the upper chamber. From the late 19th century Westgate has been used as a museum and secure storage for city archives. 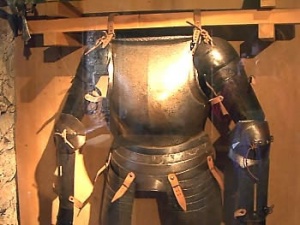 Today, the museum features displays on Winchester's rich history, particularly in the medieval period. There are armour and weapons on display, as well as household objects, and a painted ceiling created for the marriage of Mary I to Philip of Spain in 1554. In addition, there is a fascinating collection of old weights and measures. Visitors can also try their hand at creating a brass-rubbing.

The museum gives access to the roof of Westgate, from where excellent views can be had down the long stretch of High Street and over the surrounding countryside. Unfortunately, the steep stairs do not allow wheelchair access. Normally closed during the winter months (November-January).

The museum volunteer guides are incredibly friendly and helpful. The one we talked to on our last visit told us about the medieval armour on display, helped us try out medieval costumes, and took photos of us in our costumes - top-notch stuff! 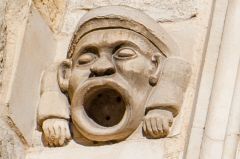 More self catering near Westgate Museum