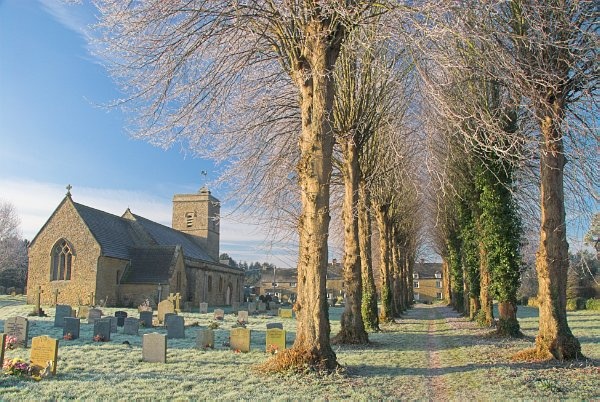 The smallest of the three Wychwood villages, the other two being Milton and Shipton, Ascott is the most isolated, and, you might argue, the prettiest. The village is set in a lovely location beside the quiet River Evenlode. The entire village is on the mostly level south bank of the river, leaving the rising ground on the north to fields and forest. 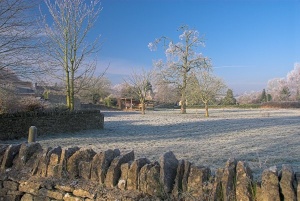 A stone wall by the village green

The name 'Ascott' comes from the Saxon for 'East Homestead', a reference to the fact that Ascott began as a child settlement of Shipton, a few miles to the west. Wychwood refers to the ancient royal forest of Wychwood, of which little remains today save scattered clumps of trees here and there.

The village is set around a triangular green, in the centre of which rises a tall chestnut tree. A series of four benches are ranged about this chestnut tree, and each of the four benches bears a plaque commemorating the 16 'Ascott Martyrs', some of the earliest leaders of the slow and painful movement to foster worker's rights in Britain. 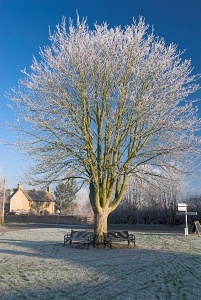 The women were arrested, taken to Chipping Norton, tried, and sentenced to hard labour. A mob gathered at the police court and violence broke out, whereupon the women were taken to Oxford gaol, under trying conditions.

The issue of the treatment of the prisoners was raised in Parliament, and eventually Queen Victoria issued a pardon to all the women. As a result of this episode, an enquiry into wages and working conditions of Oxfordshire workers was launched. The Ascott Martyrs are thus considered to be early pioneers of the trade union movement.

A short walk from the village green and the Martyr's memorial brings you to a wide churchyard, where a long avenue of trees runs beside the 12th-century church of Holy Trinity. The oldest parts of the church date to the mid 12th century, and it is likely that it was built by the same masons who worked on Bruern Abbey, just a few miles away. 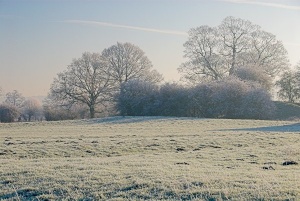 On the banks of the river lies the manor house, now a farm. A public footpath leads past the house, where you can see a 16th-century brick granary on staddle stones. More fascinating, though, is that the footpath leads directly through the earthwork remains of a 12th century Norman castle. The castle was built by Roger d'Oyley in 1129, but it was demolished by 1175. ,/p>

The farmhouse stands within the castle bailey, or enclosure. Behind the farmhouse, a treed mound is clearly visible. This is the castle motte, where a wooden stronghold would have stood in the 12th century. There is sadly no access to the motte, but you get an extremely good view of the castle defenses, and the shape of the earthwork perimeter is clearly visible in the fields surrounding the farm. 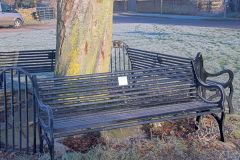 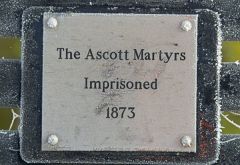 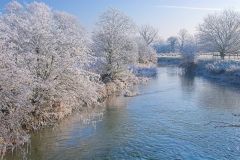 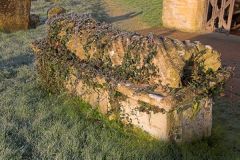 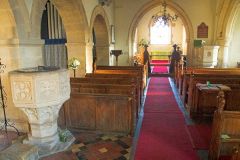 More self catering near Ascott-under-Wychwood

More bed and breakfasts near Ascott-under-Wychwood