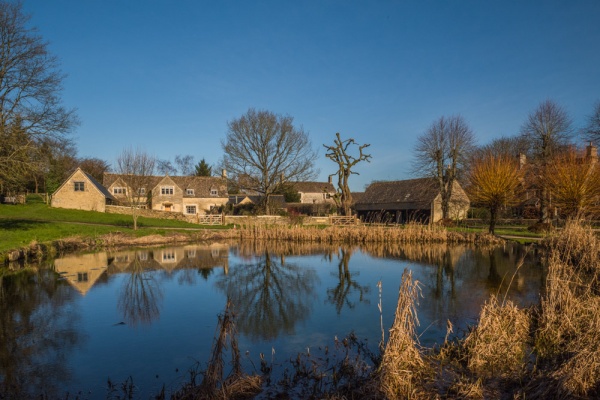 A lovely little village just south west of Burford, the name of Westwell is said to come from the fact that the village boasts the most westerly well in the county. Westwell is approached by way of a long, narrow road off the A40, but by the time you've reached the village there is no sound to be heard from the busy A road.

A small pond with a war memorial lies at the centre of the village, and from the pond, a path leads uphill to the parish church. The war memorial is striking, consisting of a monolithic slab of upright stone on a raised plinth. English Heritage, in their official record listing the war memorial Grade II for historic interest, calls the memorial an 'unusual stone monument of cyclopean proportions'.

Into the upright stone is set a numeral from the clock face of the Cloth Hall in Ypres, France, a reminder that the Oxfordshire and Buckinghamshire Light Infantry saw action at Ypres and nearby Passchendale in WWI.

The area around the village pond is surrounded by attractive cottages of Cotswold Stone. set back from the road and screened by tall trees is the Manor House, begun around 1545. A wing was added in 1750, and further wings in 1840. Near the Manor House is a 17th century dovecote, still in use. 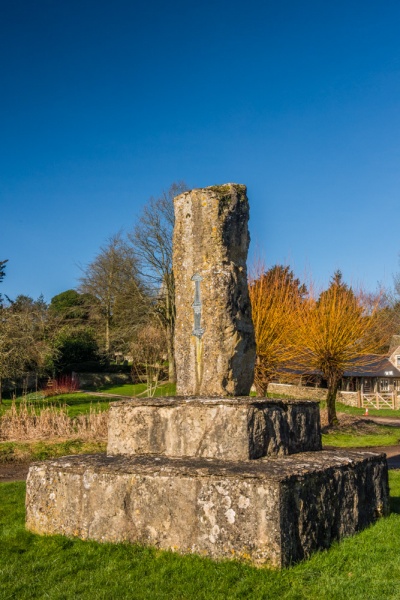 The church is well worth a visit. There was once a Saxon church here; indeed the stone altar slab from that church was found under the chancel of the current building. The Knights Hospitallers once held the church, and it later passed to the monastery of Edington in Wiltshire.

After the Dissolution of the Monasteries, King Henry VIII gave the living of Westwell to Christ Church, Oxford, which had only recently been founded by Cardinal Wolsey. The font and roof rafters are original Norman, as are the two most easterly bays of the nave. A Norman rose window in the east is very unusual in a church of this size.

By the altar is the tomb of Richard Thorneton, rector of Westwell from 1599-1614. When Thorneton's tomb was built into the south wall, the piscina had to be moved into the porch due to lack of space within the church. When Christs Church finally sold Westwell in 1912 the vicarage of Westwell came to Bertram Freeman-Mitford, uncle to the Mitford girls (see Swinbrook).

Freeman-Mitford later became Lord Redesdale, and there are Redesdale family memorials in the church. Beside the church is the Old Rectory, a Grade II* listed former parsonage built around 1700 and set within tree-ringed grounds.

Just north of Westwell is a nature reserve maintained by the Berks, Bucks & Oxon Wildlife Trust. The reserve takes in an area of limestone grassland once used to raise furze (gorse) to serve as fuel for poor villagers.

Even after the growing of furze ceased, the reserve continued to be managed by the Westwell Charities and became a protected habitat for wildflowers, which in turn attracts butterflies and birds. The reserve is also a haven for finding lichen, wild cherry, and hawthorn.

I live not 15 minutes away and have visited Westwell several times over the years. The village pond, with the war memorial on one side and golden stone cottages beyond, is one of the prettiest sights I've ever seen in the Cotswolds. It truly is a picture-perfect village setting. 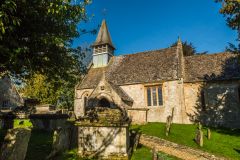 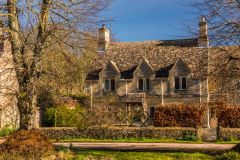 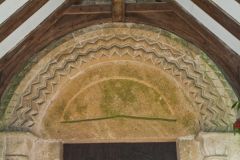 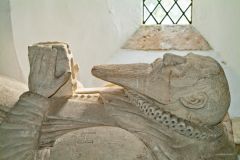 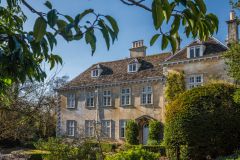 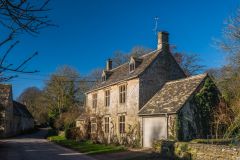 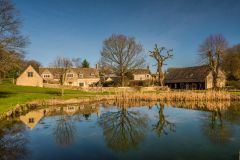 More self catering near Westwell

More bed and breakfasts near Westwell