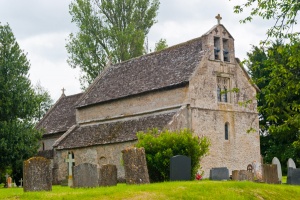 The village of Little Faringdon is overshadowed by its neighbour, the market town of Faringdon. The origins of St Margaret's church are uncertain, indeed, the dedication to St Margaret is a recent one, as there is no record of the original dedication.

The manor of Little Faringdon was recorded in the Domesday Book of 1086, suggesting that there was a settlement, and perhaps a church, here in the late Saxon period. Certainly there was an existing church by 1205, when King John gave Great Faringdon to the Cistercian order.

The Cistercians chose instead to build their abbey at Beaulieu in Hampshire, but they kept Great and Little Faringdon as granges.

The monks of Beaulieu hired masons to extend the church and build the beautiful arcade with skilfully carved capitals. The abbey also paid to raise the nave roof around 1500 when a clerestorey was added. After the Abbey was dissolved during the English Reformation, Little Faringdon became a chapelry of Langford. A silver chalice used at Little Faringdon around 1500 is now at Christ Church Cathedral in Oxford. 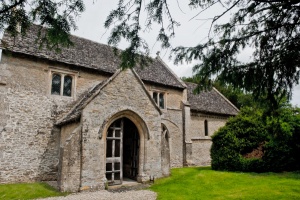 Unusually, St Margaret's porch was built at the same time as the nave and chancel (12th century), rather than added later. As you enter the porch look for the holy water stoup by the door, and three incised crosses on the left external door pillar. The church guide calls these 'Crusader crosses', though quite how they draw that conclusion is unclear. There are more 'Crusader crosses' on the exterior of the chancel wall.

The wonderful nave arcade dates from around 1200, with rounded columns and intricately carved foliated capitals. The arcade is decorated with wonderfully expressive carved heads in the spandrels and at the apex of the arches. A carved head behind the pulpit shows traces of wall painting.

The font is 12th century, in a tub shape, though oddly perched atop a moulded central column with carved niches. There would have been a chancel screen, but marks at the top of the chancel arch suggest that the screen was roughly hacked out with axes by Cromwell's soldiers. 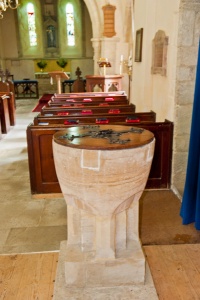 The chancel is also 12th century, though with a attractive canopied niche between the east windows that is Early English (around 1250) and a Decorated Gothic aumbry in the north east chancel wall. The excellent church guide suggests that this might have seen use as an Easter Sepulchre, but frankly it looks much too small for this.

Many of the church furnishings date to a Victorian restoration carried out by the 2nd Baron de Mauley in Gothic Revival style. Though the Victorians reroofed the nave, they rused the original stone corbels which bear armorial shields.

Here's one of the best reasons to come to Little Faringdon! The south nave window has a wonderful collection of 13th-century glass. These roundels are supposed to have come from Salisbury Cathedral, though how they ended up here is anyone's guess!

There are further fragments of 17th-century Dutch glass; the differences between the medieval and 17th-century glass is striking. The west window has glass by the famous Victorian maker CE Kemp; look for his trademark wheatsheaf symbol in the right-hand light.

If you have a moment walk around the outside of the church to find the blocked north door into the aisle. The arch above the doorway has a Maltese consecration cross carved upon the moulding. There's no indication of how old the carving is, but it certainly looks medieval, and the aisle itself dates to 1200.

Walk around to the east end of the church for a good view of the late Perpendicular window, with a Tudor hood moulding over it. One feature to look for in the graveyard is a 19th-century cast-iron gravestone. These are very unusual; another can be found locally in Burford, and a third in Broughton Poggs. 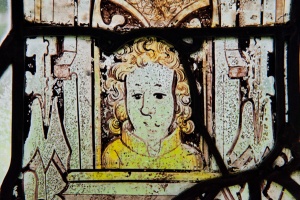 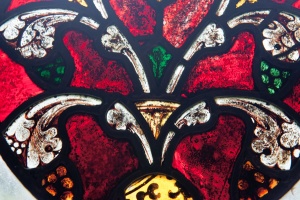 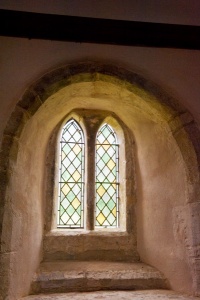 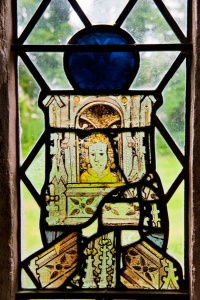 13th c glass in the nave 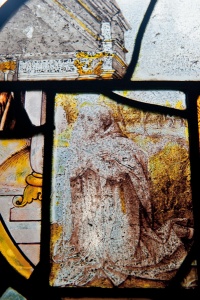 Closeup of the 13th c glass 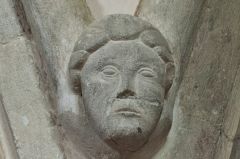 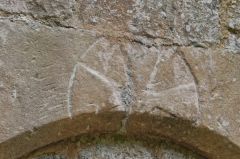 More self catering near Little Faringdon