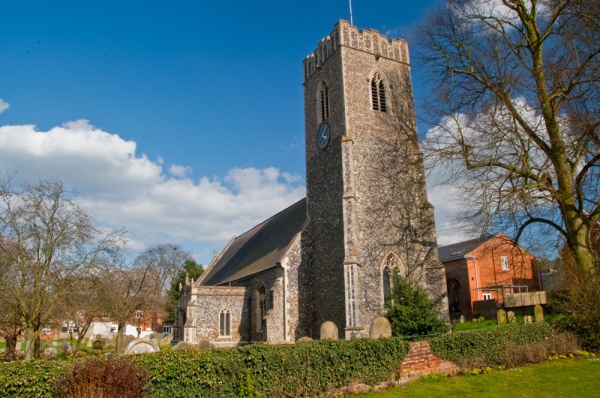 The pretty country church of St Michael in Peasenhall stands at the junction of two Roman roads, now the A1120 and Rendham Road. Just east of the village is the site of Sibton Abbey, a medieval Cistercian monastery.

St Michael's is essentially a late medieval church in Perpendicular style, though heavily restored in 1861. The restoration swept away much of historic interest, but the church boasts some very good 19th-century glass.

St Michael's is built of rubble dressed with stone, under a slate roof, and has some very good flint flushwork detail.

You enter the church through the 15th century south porch. The spandrels over the entrance arch are carved with figures of a wyvern and a woodwose, or wild man of the woods. On either side of the arch are carved stone lions, one missing its tail. 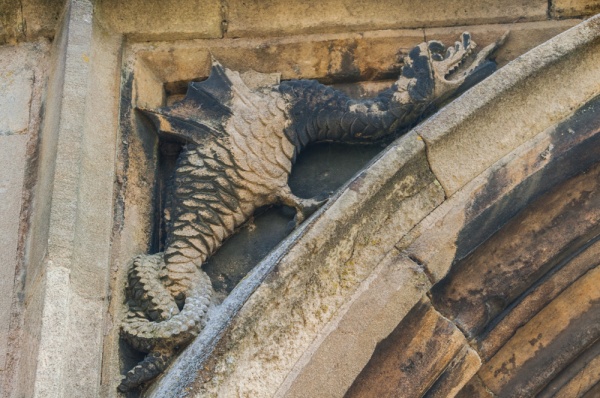 Carving of a wyvern on the south porch

Just inside the south doorway is the oldest historic feature in the church, a 12th-century font topped by an oak cover carved around 1550.

On the north nave wall is a brass tablet commemorating Joseph Lay (d. 1884) and his wife Mary (d. 1897). Lay was the village surgeon and lived at what is now Ye ancient House on Church Street. On the south wall is a print of St Michaels by Henry Davy, made in 1845, which shows in detail how the church looked before the sweeping restoration of 1861.

One interior oddity is that the medieval timbers of the chancel actually came from the nave of the original church and were installed in the chancel when the church was restored. 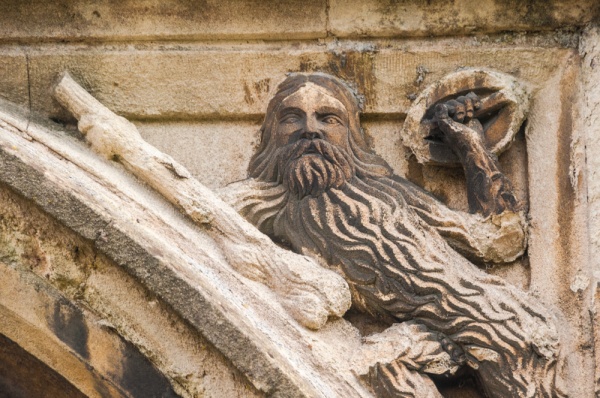 Carving of a woodwose on the south porch

The striking east window was made by Thomas Willement of London in 1861. Willement was one of the foremost stained glass artists in 19th century England and was favoured by Queen Victoria. He was not above doing a little advertising, for if you look at the base of the window you will see his monogram.

In the sanctuary is linenfold panelling thought to have been brought here from The Swan public house. On the north chancel wall is a memorial to men of Peasenhall who died in WWI. The 'Roll of Honour' is made from timber taken from the HMS Britannia Cadet Training Ship at Dartmouth, Devon.

At the west end of the nave is a small oak table made with timber from the medieval church.

St Michael's is a pretty country church in a lovely village. It is normally open daily to visitors and was open when we visited. 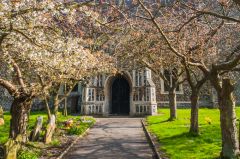 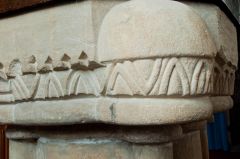 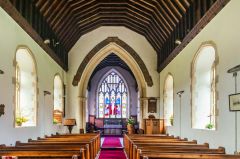 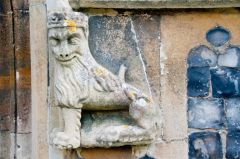 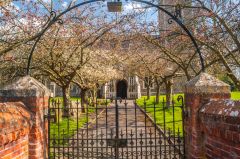 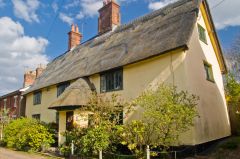