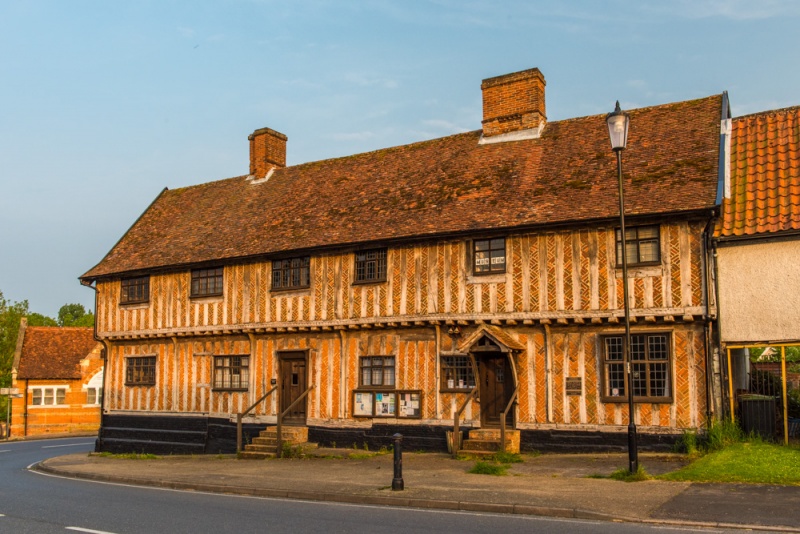 The Laxfield Museum occupies a picturesque 16th-century timber-framed guildhall opposite the parish church and pub. The museum focusses on life in the Laxfield area from the Victorian period to the late 20th century, with displays on social history and daily life.

The Guildhall was built around 1520 for the Guild of St Mary on the site of an earlier medieval guildhall or church house. It is a timber-framed structure with red-brick infill in a striking herringbone pattern, under a tile roof. It stands two storeys, with an attic, and the first floor is jettied out over the ground floor level. The guildhall stretches 6 bays from east to west, and it seems likely that there was another bay, now lost, to the west.

The four easternmost bays on the ground floor originally formed one large room, or hall, with an entrance on the west. You can still see the blocked west entrance. The first floor also had a large chamber, occupying the five easternmost bays. The main chimney stack and the attic floor were inserted in the 17th century and newel stairs around 1600. 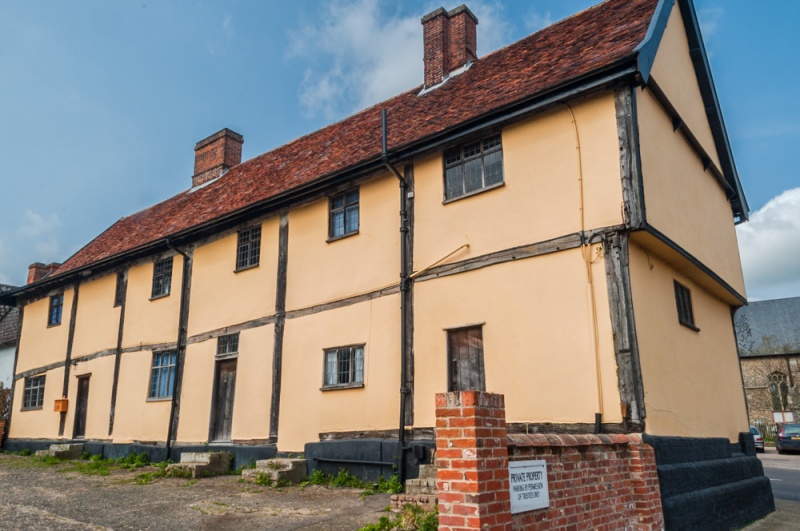 The rear facade of the Guildhall

Curiously, the front of the guildhall, facing onto the High Street, is timber-framed with brick infill, but the rear of the building is rendered, with only the major timber beams exposed. This gives the rear facade a rather peculiar look, and you have to look twice to realise that the rendered facade hides a 500 year-old building.

The museum has an unusual history. It all began in 1971 when local residents were asked to bring something old to the annual parish meeting. So many people brought so many interesting old objects of heritage interest that they were put on display for several days. This temporary collection gleaned from so many residents formed the core of the first permanent museum collection.

As the collection grew in size it needed a larger space to display everything. The collection took over the entire first floor of the Guildhall. 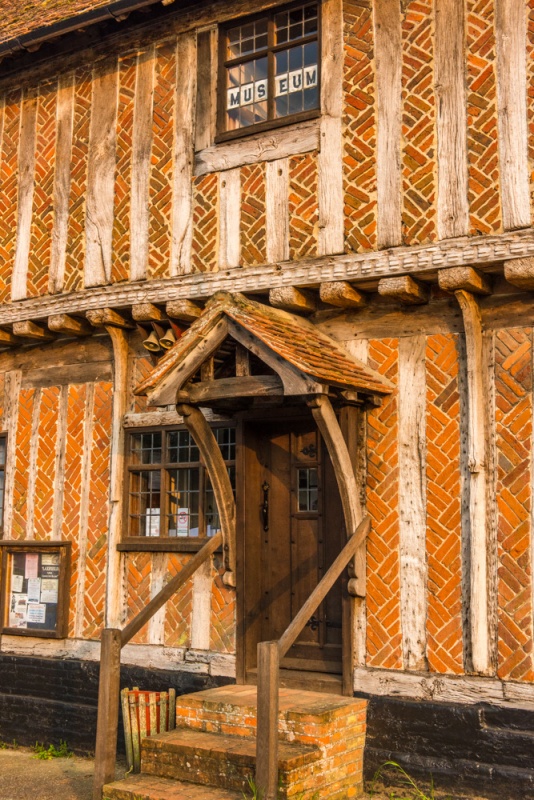 Permanent museum displays include 20th-century shop interiors and costumes, objects from daily life, geology, natural history, Suffolk agricultural heritage, and items found in nearby fields, including several fossils. One exhibit focusses on the Mid Suffolk Light Railway, or 'Middy', as it was dubbed locally. The railway line terminated in Laxfield after it ran out of money to extend the line. One rather unusual display is a complete Victorian privy.

In addition to the permanent displays, there is a programme of regularly changing annual exhibits in the Marchant Room. For example, a recent exhibit focussed on famous and infamous people connected with Laxfield.

The museum is free to enter but has fairly restricted opening times. As of this writing, the museum is open weekends in spring and summer, but private tours can also be arranged. There is also a popular outreach programme, and local schools or individuals can rent 'study boxes' of fossils, early 20th-century domestic items, WWII objects, and nostalgic toys. 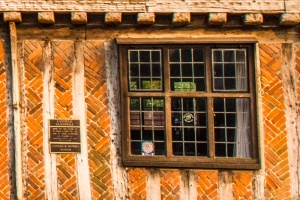 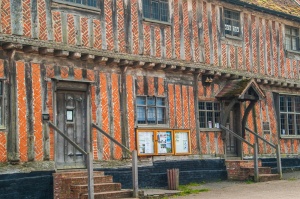 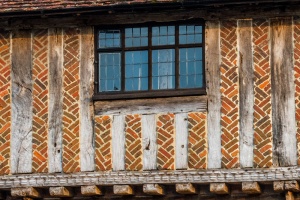