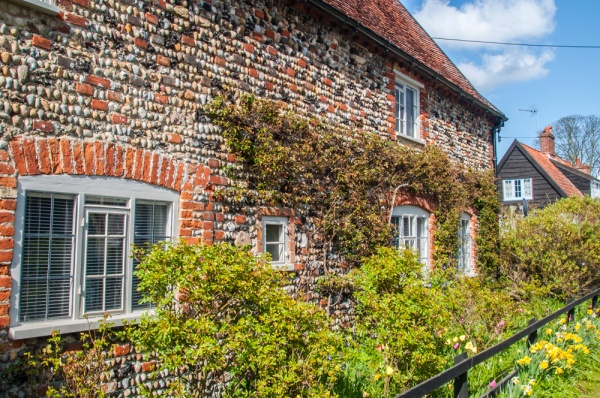 For many years Walberswick languished in the shadow of Dunwich, 3 miles to the south, but coastal erosion and silting meant that the port at Dunwich lost its importance by the late 13th century, and as Dunwich faded into obscurity Walberswick began to flourish.

The villagers grew wealthy on the trade passing through the port and built an imposing church, dedicated to St Andrew, to rival the nearby churches at Southwold and Blythburgh.

Unfortunately, silting of the harbour and the effects of erosion along the coast meant that the heady days of Walberswick's trade were numbered. By the late 17th century the villagers could no longer maintain their large church. They were forced to pull it down, sell the lead and three of their four bells to raise enough money to erect a small church that fit inside the old medieval south aisle. You can still explore the ruins of the medieval church, well inland of the port on the road to Blythburgh. 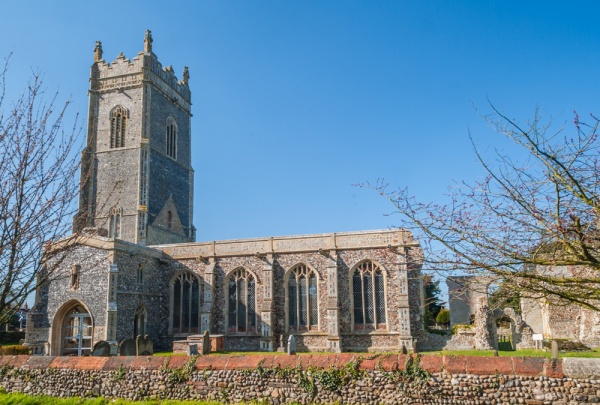 The village name is thought to come from a Saxon landowner named Walhbert, or Waldbert, combined with the Old English 'wic', or 'wyc', meaning a harbour, or sheltered area. One has to wonder what Walhbert would make of the place today!

Walberswick has been transformed from a working port and thriving centre for fishing into a holiday village, a seaside resort boasting long, sandy beaches lined with dunes. Almost half the dwellings are rented out as holiday cottages, not surprising when you see the beautiful seaside location, criss-crossed with walking trails.

One of these trails leads up the coast to Southwold, the village's northern neighbour. To cross the river there is a foot ferry operating in the summer months, located, as you might guess, at the end of Ferry Road.

To the north of the village is the disused rail line that crossed the Blyth on its way to Southwold. The Southwold Railway ran from 1879-1920. 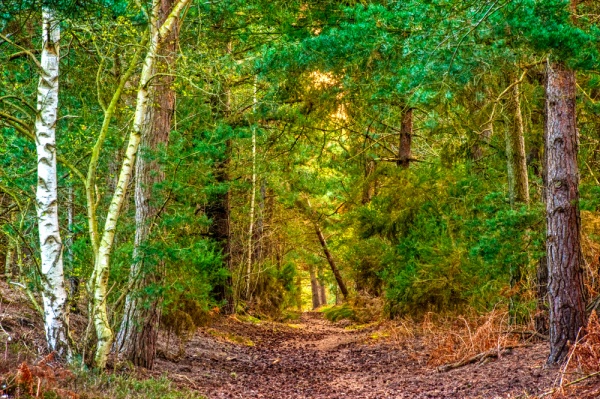 A woodland trail through the Walberswick National Nature Reserve

Just inland is Walberswick National Nature Reserve, a lovely area of woodland on the south bank of the River Blyth. The reserve is managed by English Nature and provides a remarkably diverse habitat, including salt marshes, heath, saline lagoons, shingle beach, grasslands, and mudflats on the tidal river basin. In the reserve are a pair of ancient burial mounds and you can see a forgotten windpump in the marshes, once used to drain the marshes for farming. There is a very well signposted trail through the reserve and a parking area on the B1387.

Over 1000 acres of marsh and heath are protected within the Suffolk Coast and Heaths Area of Outstanding Natural Beauty.

There are two pubs serving the village. On Ferry Road is the picturesque Bell Inn, a 600-year-old hostelry steeped in history. On The Street is The Anchor, named one of England's Top 10 Pubs by National Geographic Traveller Magazine.

There is a village shop near the church and three public parking areas near the harbour and beach. The village sign on the green is a replica of one erected in 1953 to mark the coronation of Elizabeth II. The sign disappeared in the 1980s so the replica was made. Then the original turned up again, so it was erected opposite the church. 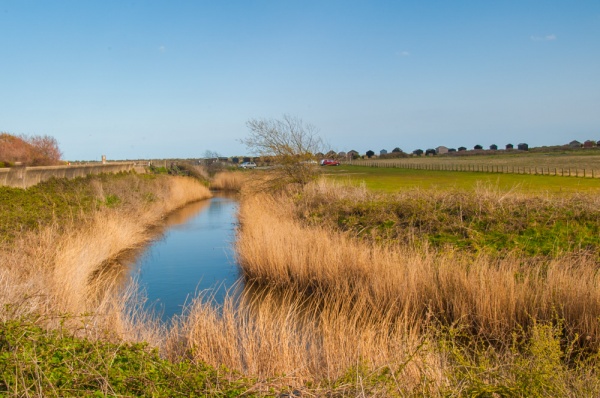 The Dunwich River at Walberswick

The Ghostly Horses of Walberswick

In 1750 a resident of Walberswick named Anne Blakemore was found dead on The Walks, just west of Blythburgh. There were no marks on her body and no signs of foul play. That didn't stop locals from accusing a drummer with the 4th Dragoons with her murder.

The Dragoons were stationed in the area to combat smuggling, and the drummer, named Toby Gill, had been found drunk near the site where Blakemore was found. Despite his protestations of innocence, Gill was hanged for the 'crime' at a gallows by Four Crossways.

Shortly afterwards a story began to spread of a ghostly coach, pulled by four headless horses and driven by Toby Gill. It seems highly likely that the stories were spread by smugglers who wanted to scare local residents into staying home at night.

Walberswick is an absolute delight to visit. It is no wonder that the area is so popular with holidaymakers. The coastal landscape is superb and the nature reserve and coastal paths are wonderful for birdwatching or simply enjoying the outdoors in one of the prettiest corners of England. 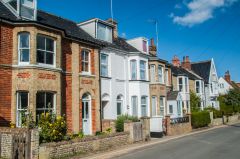 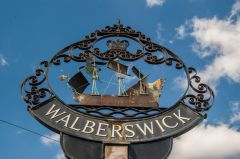 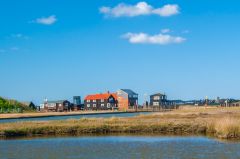 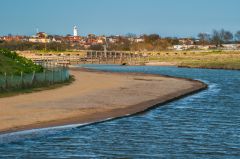 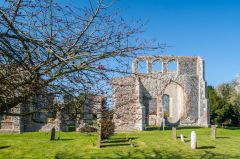 More self catering near Walberswick, Suffolk