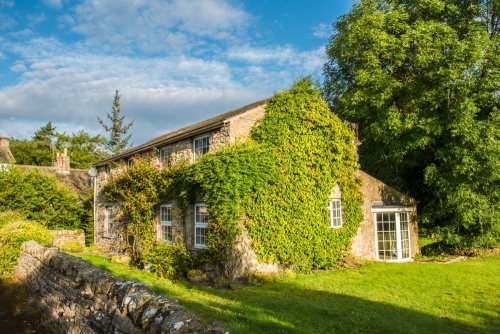 Grinton is a picture-perfect village in Swaledale, west of Richmond, on the eastern edge of the Yorkshire Dales National Park. The village grew up on the south bank of the River Swale where Grinton Gill empties into the river.

The village featured in the Grand Depart of the 2014 Tour de France, which began in Yorkshire. 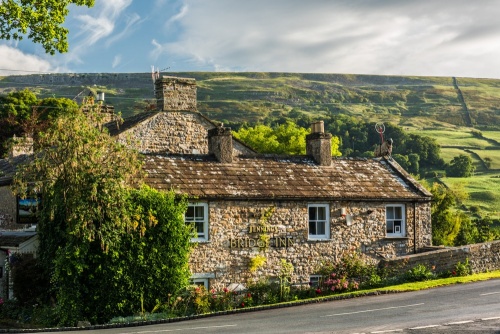 William the Conqueror granted Grinton to Count Alan of Richmond after the Norman Conquest and it was mentioned in the Domesday Book of 1086 when it was held by a man named Bodin. The village formed part of the honour of Richmond.

The lordship passed to the Gant family, who gave the village and the church to Bridlington Priory. The Augustinian canons of Bridlington held Grinton until the dissolution of the Monasteries under Henry VIII. It later passed to Richard Wiseman, a wealthy London goldsmith. 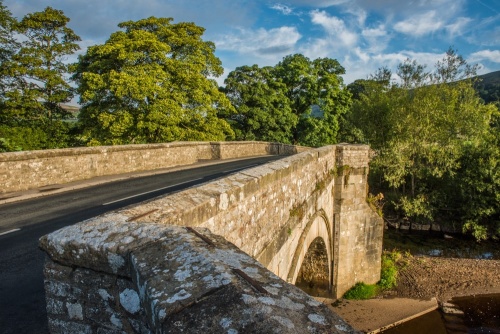 The 12th-century parish church in Grinton is known as the 'Cathedral of the Dale', an apt description for this beautiful historic building. During the medieval period, St Andrew's served a huge area including Reeth, Muker, and Melbecks.

It was the only church and had the only burial ground for much of that period. Corpses were carried from as far away as Keld, 16 miles distant. The footpath linking outlying villages to Grinton became known as the Corpse Way.

Highlights include fragments of 15th-century stained glass in the east window, a royal coat of arms dated 1693, and a circular 12th-century font with a Perpendicular Gothic cover. In the south aisle is a Jacobean screen made from a section of an old squire's pew. 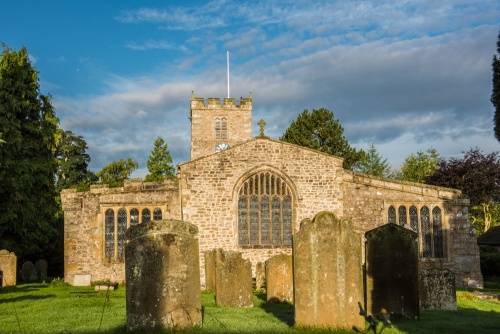 The church is one of the venues for the annual Swaledale Festival, which stretches over two weeks in late May and early June. Festival events include live music, poetry readings and guided walks.

Opposite the churchyard stands the Bridge Inn, a 15th-century former coaching inn. It is named for Grinton Bridge, which was built in the late 17th century and restored in the 18th and again in the 19th century. The 17th-century bridge is the upstream part of the present structure while the downstream section dates to the 18th century. The parapet on both sides is a Victorian addition. 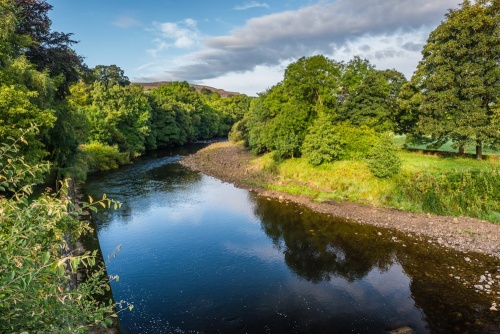 The River Swale at Grinton

Another historic building is the Post Office, built in 1762 and now a private residence. Beside the churchyard is Blackburn Hall, a Grade II*listed manor house built in the late medieval period and remodelled in 1635. The oldest section of the Hall may have been part of a dwelling used by the canons of Bridlington Priory.

Just west of the village is Swale Hall, a 17th-century manor house and former residence of the Swale family. there has been a house on this site since the medieval period when Alured de Swale was given estates in the area. The family changed its name to Swale and held land here until the Georgian period when Sir Solomon Swale lost his fortune and was forced to sell the house. He still ended up in debtor's prison, and he was mocked in Daniel Defoe's popular travelogue 'A tour through the whole island of Great Britain'. 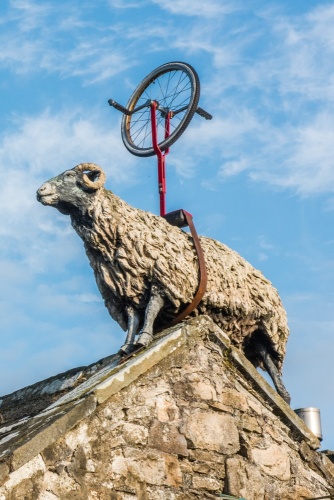 A reminder that the Tour de France
passed through Grinton

Grinton is an excellent base for walking and cycling in the Dales and is within easy reach of Richmond by bus.

Grinton is on the B6270 about nine miles west of Richmond. There is no dedicated visitor parking but we found it easy to find a parking spot along the road. A mile further west is Reeth, the Capital of the Dales, where you will find the National Park Centre.

More self catering near Grinton

More bed and breakfasts near Grinton