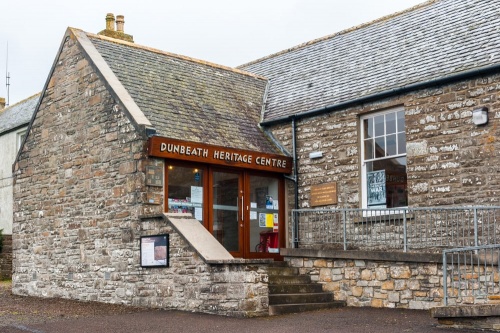 The old schoolhouse in Dunbeath is the setting for the Dunbeath Heritage Centre and the home of the Dunbeath Preservation Trust. The Heritage Centre is not only a place to learn about the rich history of the area, but a venue for lectures, storytelling, and heritage interpretation events. The Centre maintains a large archive of documents, photographs, and cultural artefacts that help bring Dunbeath's past to life.

Dunbeath will always have a close association with Neil M. Gunn (1891–1973), perhaps the most influential Scottish novelist of the early 20th century. Gunn was born and grew up in Dunbeath, and attended school in this building from 1896-1904. He was a prolific writer and the author of over 20 novels, most of which drew on his experience growing up in a small Highland community. Perhaps hs most popular work was Highland River (1937). A monument to Neil M. Gunn stands on the Heights of Brae in Strathpeffer.

The Centre has a wealth of information on Gunn, his life, and his works, and a large collection of his books. 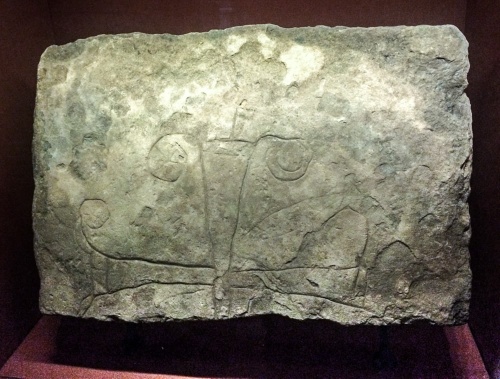 The Dunbeath Preservation Trust was established in 1985 by R. Stanton Avery, the owner of Dunbeath Castle and Estate. A sizeable bequest by Avery enabled the Trust to gather heritage-related artefacts and documents, and eventually, to open the Heritage Centre to the public. The Centre was officially opened in 1989 by the Queen Mother.

Heritage Centre highlights include the Ballachly Stone, a section of a 7th-century carved stone that probably marked the boundary of a sacred place. The visible carving shows the upper part of a cross with curling arms. There are further fragments of carved crosses, probably dating to the 8th century and found near the Ballachly Stone. Then there is the Chapel Stone, a small fragment of a much larger carved cross. 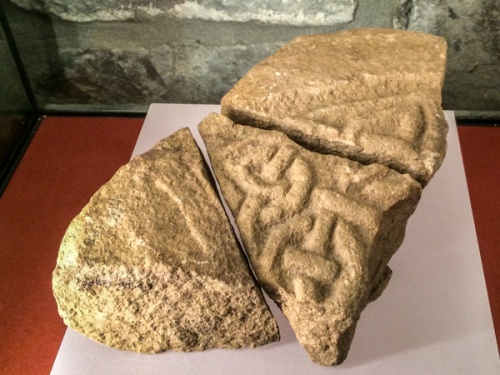 One of the most striking exhibits is a replica of the Dunbeath Castle yett. A yett is a hinged doorway made of iron strips. It is, in some ways, like a portcullis, but where a portcullis is lowered from above, a yett is hinged like an ordinary door. Yetts were a standard feature of Scottish castle defences from the 14th century onwards. In 1606 the Privy Council of Scotland forbade the use of yetts for anyone below the rank of baron. Anyone below that rank was obliged to convert their yett into a plough.

No one knows how old the Dunbeath Castle yett is, but it probably dates to at least the early 16th century. It would have been used in 1650 when the castle was besieged by the Marquis of Montrose. The original is now on display at the Museum of Scotland in Edinburgh, and the replica here was made by a local blacksmith. 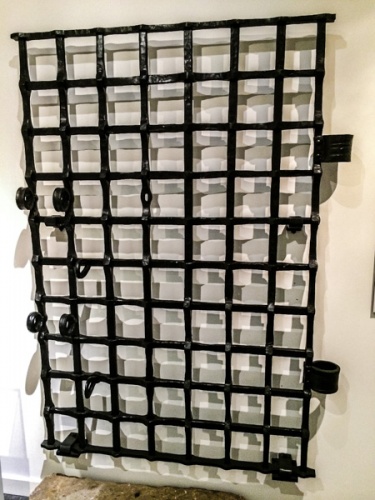 One highlight is a series of life-sized figures dressed to portray life in Dunbeath over time.

The Heritage Centre has a pair of powerful binoculars that enables visitors to see the Beatrice Oilfield out in Moray Firth. This is the only oilfield in Britain that can be seen from shore.

There are regular ranger-led walks starting and finishing at the Heritage Centre. These walks help visitors explore the rich geology, wildlife, and archaeology of the region. 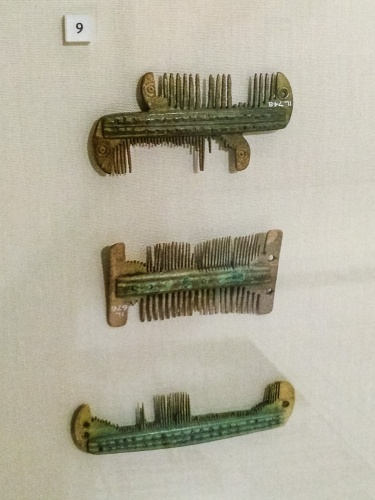 The Dunbeath Heritage Centre is in the old schoolhouse, just off the A99 bypass on the south side of Dunbeath Water. it is normally open seasonally, from April through September, and at other times by appointment and for special events.

Nearby accommodation is calculated 'as the crow flies' from Dunbeath Heritage Centre. 'Nearest' may involve a long drive up and down glens or, if you are near the coast, may include a ferry ride! Please check the property map to make sure the location is right for you.