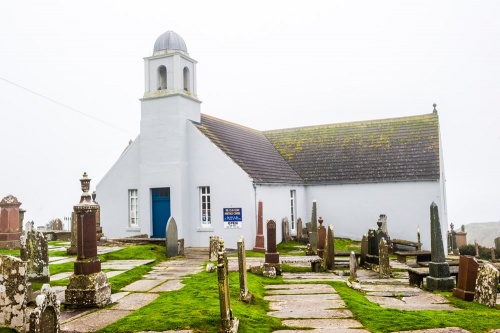 The 18th-century old parish church in Latheron is home to a museum and heritage centre telling the long history of Clan Gunn. The Heritage Centre includes a clan shop where you can buy Clan Gunn tartans.

The Heritage Centre also maintains a huge clan archive, some of which is now digitised. In the future, the Centre hopes to have the entire archive accessible online.

The exhibits trace the long history of Clan Gunn from its Norse origins through the upheaval of the Jacobite Rebellion of 1745 and the devastation of the Highland Clearances.

Clan Gun claims descent from Gunni, a grandson of Sweyn Asleifsson, whose exploits are a central feature of the Orkneyinga Saga. Gunni's wife was a descendant of Jarl Rognvald, who founded the Jarldom of Orkney. ClanGunn thus can claim a direct connection to the Norse Jarls {Earls) of Orkney.

Learn about the Norse connections in northern Scotland and some of the most famous members of Clan Gunn, including Sir William Gunn, who was knighted by Charles I at Berwick, John Gunn, a professor of music who wrote the first historical work on the Highland harp, and Neil Miller Gunn, perhaps the most important Scottish novelist of the 20th century. Neil Miller Gunn's father is buried in the churchyard. 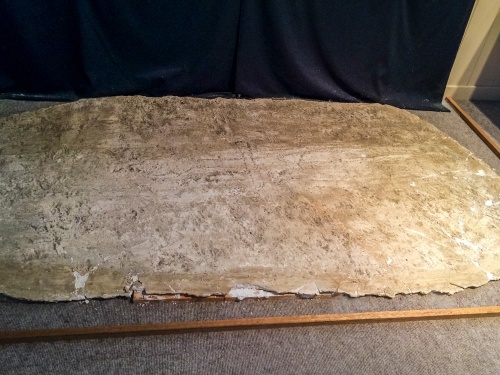 The Heritage Centre also holds a plaster replica of the famous Westford Knight Stone. This carved stone is found in the village of Westford, Massachusetts, USA. It bears indentations that have been interpreted as the figure of a 14th-century knight in armour, carrying a broken sword and a shield with a coat of arms. The broken sword traditionally connotes a knight who fell in battle, and the armorial bearings on the shield have been interpreted as those of Clan Gunn.

How could the image of a 14th-century knight appear in an American carving?

This is where historical interpretations differ. One theory is that the carving represents Sir James Gunn, who is thought to have accompanied Henry Sinclair, Jarl of Orkney and Baron of Roslyn, on a voyage to the New World in 1398. The tale of Sinclair's voyage was told in the Zeno Narrative, published in Venice in 1558 and purporting to be written by Antonio Zeno, who commanded Sinclair's fleet of 12 ships. 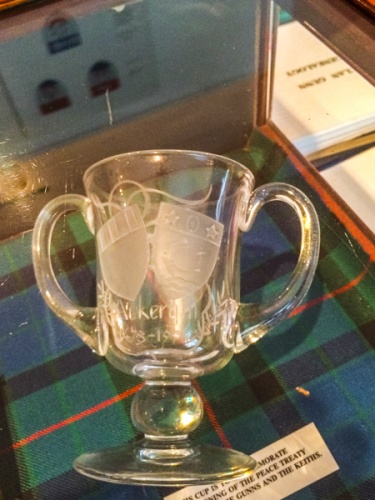 Other historians conclude that the carving is more modern, and a combination of natural and manmade marks.

A display beside the replica stone lays out the case for the mysterious carving commemorating the final resting place of Sir James Gunn.

Another display worth looking for is a cup of crystal glass, made in 1978 to commemorate the 500th anniversary of the signing of a peace treaty between Clan Gunn and Clan Keith. 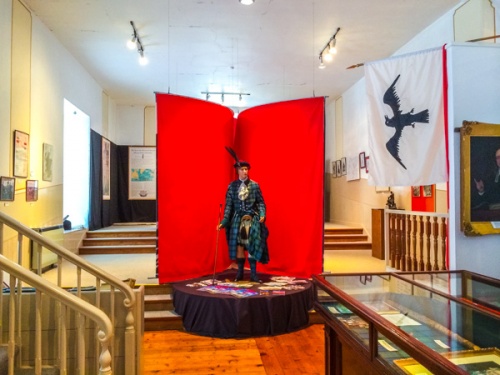 With all the Clan Gunn memorabilia in the museum it is easy to overlook the building itself. The interior retains some excellent features from its days as the parish church, especially a lovely panelled pulpit.

There was a church in Latheron at least as early as 1223, when it is referenced in a charter, and a vicar is recorded in 1515. The medieval church was rebuilt in 1734, and part of the original church was retained to serve as a burial aisle for the Sinclair family of nearby Dunbeath. In 1822 a northern extension was added, giving the building an unusual T-plan. This extension is topped by a peculiar domed belfry.

In 1974 the church was donated to the Clan Gunn Society, and in 1985 the Society reopened it as a clan heritage centre and museum. 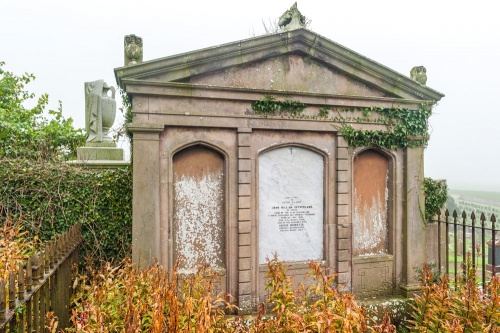 Do take the time to explore the burial ground that surrounds the church. There are several interesting old memorials, including one that caught my eye to John William Sutherland of Forse (d 1909), the chief of Clan Sutherland.

The Heritage Centre is located in the Old Parish Church of Latheron, just north-east of the village on the A99. There is a clearly marked parking area beside the churchyard.

The Heritage Centre is only open during the high season, usually from June through September. 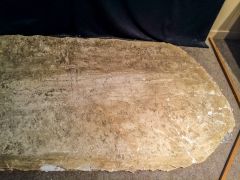 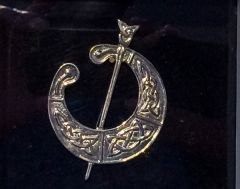 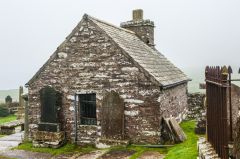 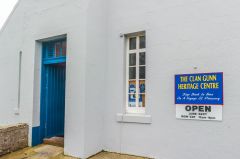 Nearby accommodation is calculated 'as the crow flies' from Clan Gunn Heritage Centre & Museum. 'Nearest' may involve a long drive up and down glens or, if you are near the coast, may include a ferry ride! Please check the property map to make sure the location is right for you.