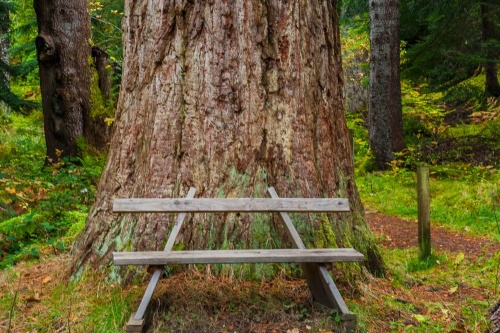 This delightful 17-acre woodland garden is the northernmost arboretum in the care of Forestry and Land Scotland. It is, in essence, a tree museum set in spectacular Highland scenery.

The garden is a reminder of the heady days of Victorian plant hunters, when avid collectors scoured the furthest reaches of the globe in search of rare and exotic plants, trees, and shrubs to bring back to Britain. The forest shelters in the shadow of Ben Dearg, 'the red mountain', and trails offer wonderful views over the spectacular surrounding landscape.

Lael Forest Garden was begun in the 1870s and holds roughly 200 different species of trees and shrubs from across the world. The woodland passed into the care of Forestry Commission Scotland in 1929, and the FCS added new species. 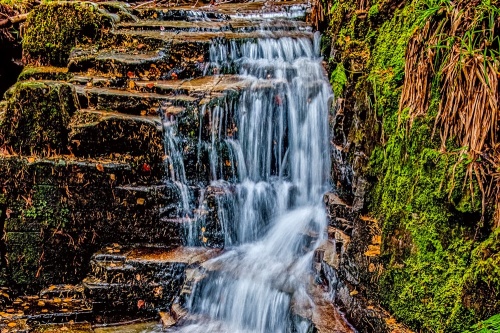 Waterfall on the Gorge Trail

Among the most notable additions is the Wollemi pine (Wollemia Nobilis). Until recent years this species was only known from fossil records. It was considered extinct until it was rediscovered by an Australian ranger in 1994.

Then there is the Serbian Spruce, first discovered in 1875 in a secluded valley. Its native habitat is under threat, so its presence here is part of an international effort to ensure its survival.

As you explore the forest garden you will see information panels telling you about the different species. 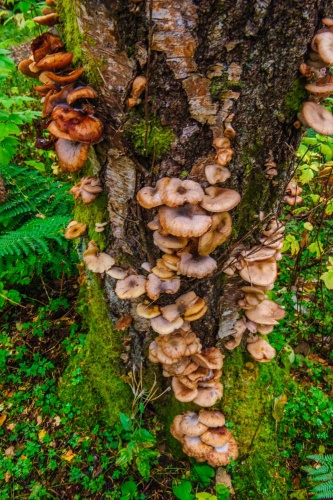 If you want to venture further afield there is a waymarked path along the Allt na h-Ighine gorge, past striking waterfalls. The trail passes through beautiful woodland and is roughly 1 mile (1.6 km). It connects the two car parks, so you can wander through the woodland garden from one car park to the other, then return via the Gorge Trail.

There are also two other, longer colour-coded walks if you fancy something more energetic.

Entry and parking are free, and Lael is open year-round. 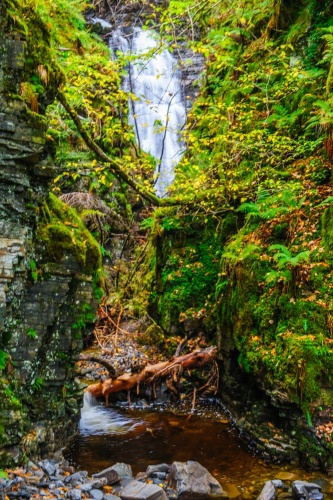 Another waterfall in the gorge

Lael Forest Park is directly on the A85, six miles south of Ullapool and two miles north of the Braemore junction. There are two car parks. The northernmost is opposite the woodturning centre (OS NH196810) and the other is 400 metres further south at NH196806. The nearest postcode suitable for satnavs is IV23 2RS. 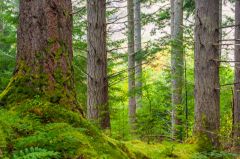 Nearby accommodation is calculated 'as the crow flies' from Lael Forest Garden. 'Nearest' may involve a long drive up and down glens or, if you are near the coast, may include a ferry ride! Please check the property map to make sure the location is right for you.

Self Catering near Ullapool