HERITAGE HIGHLIGHTS:   Played a part in the Last Invasion of Britain in 1797 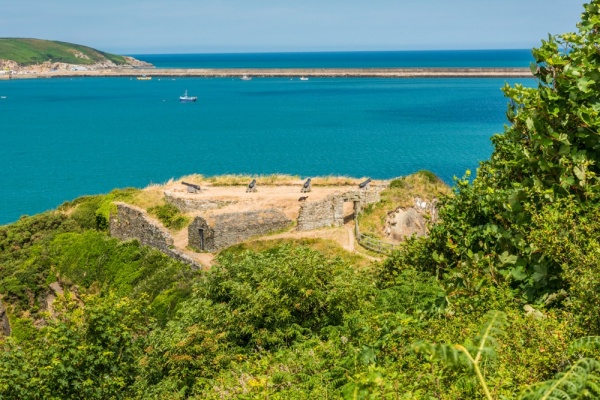 Fishguard Fort from the coastal path

Fishguard Fort is an 18th-century fortification on the rocky promontory of Castle Point, overlooking Fishguard Harbour to the south-east. In a roundabout way, the fort owes its existence to a pirate, and to the American War of Independence.

In 1779 an American privateer named the Black Prince captured a local ship and demanded a ransom of £1000 from the townsfolk of Fishguard. The Black Prince and its captain, Stephen Manhant, were commissioned by the US government to attack British targets, as part of their efforts to gain independence from Britain.

Manhunt was a native of Boston, but the Black Prince sailed under a French flag, in support of the American revolutionary efforts. The Black Prince was very successful as a privateer, destroying more than 30 British ships over the course of three months.

The townsfolk of Fishguard refused to buckle, however, and rejected Manhunt's demands for a ransom. The Black Prince responded by bombarding the town, damaging St Mary's Church and several houses. A local ship fired back, followed by cannon fire from the shore. Manhunt decided it wasn't worth the trouble, and the Black Prince sailed away. 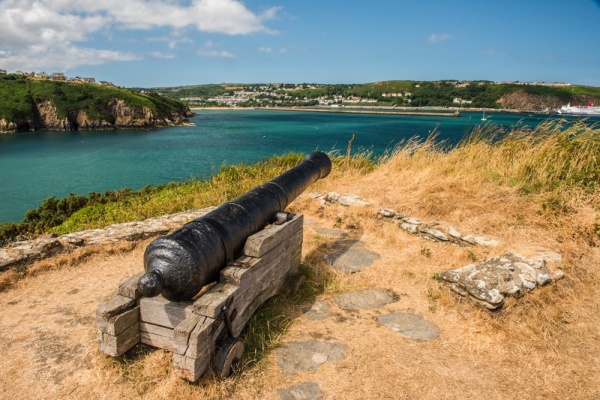 To prevent similar attacks in the future, an artillery fort was built on Castle Point, at the eastern approach to the harbour. Fishguard Fort was completed in 1781, just two years after the attack.

The fort was armed with eight 9-pounder cannons. It was manned by three invalided gunners from Woolwich, London. The fort later became the headquarters for the local militia, known as the 'Fishguard Fencibles'.

The Last Invasion of Britain

On 22 February 1797, a French invasion force appeared off the Welsh coast. The garrison of Fishguard Fort fired blanks to warn of the French approach, conserving their small supply of cannonballs.

The sound of the cannon fire convinced the French to avoid Fishguard harbour, and they sailed further south along the coast to Strumble Head before landing.

The peculiar story of what happened next is told in the Fishguard Last Invasion Tapestry in the Fishguard library. The traditional story is that the French ravaged the countryside for a few days, burning farms and pillaging where they could. The local militia gathered quickly and forced the French to surrender.

In one famous - and probably imaginary episode - a local woman named Jemima Nicholas captured a dozen French soldiers single-handedly, armed only with her pitchfork. The French soldiers may have mistaken local women wearing their traditional tall black hats and long red cloaks for Grenadier Guards, and surrendered before they realised their mistake.

The Last Invasion was the only action that the fort ever faced. The fort continued to be manned until the early 19th century, but was then allowed to decay. 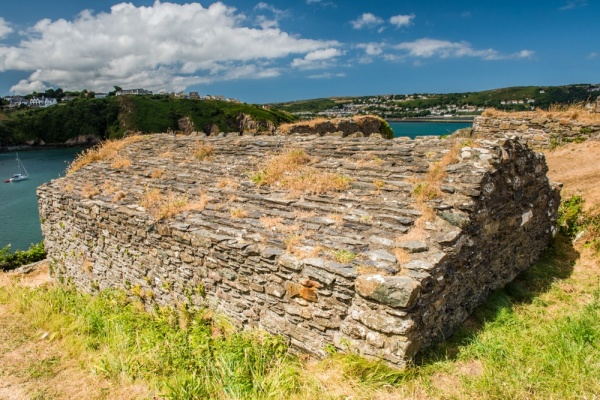 The fort occupies a small, relatively flat area on the top of Castle Point. The site is roughly 30m from east to west and 25m north to south. It is composed of a single gun battery facing north and west along the coast. A simple curtain wall runs across the promontory neck, pierced by a single arched opening.

Within the fort is a rectangular vaulted ammunition storehouse set into the hillside. At the far end of the vaulted chamber is a small area where gunpowder was stored.

There are four restored cannons mounted on the gun battery, but what really makes Fishguard Fort worth visiting is the wonderful coastal scenery, with marvellous panoramic views over Fishguard Harbour and Goodwick on the far shore. 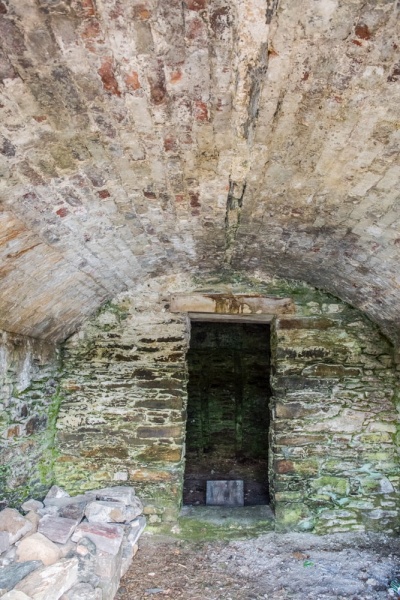 Inside the ammunition storehouse

The fort is located a short walk downhill from the free parking area on the A487 coastal road, at the eastern edge of Fishguard. The small (16 vehicles) parking area is at the top of the hill outside Old Fishguard (Lower Town). From the car park just follow the signposted trail that winds north and downhill and the fort will come into view below you after 100 yards.

The fort is directly on the Pembrokeshire Coast Path National Trail and Wales Coast Path. 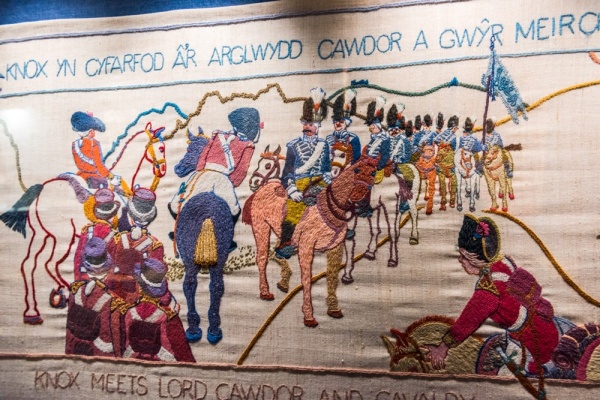 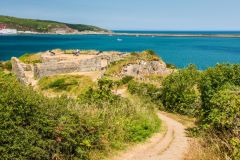 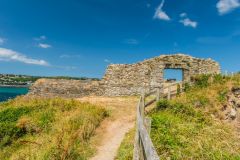 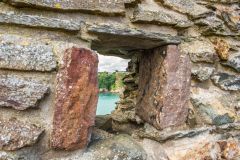 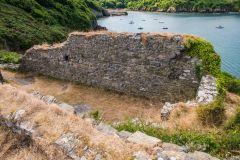 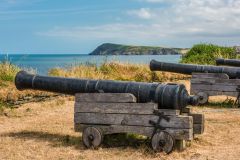 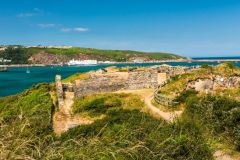 More self catering near Fishguard Fort

Self Catering near Fishguard