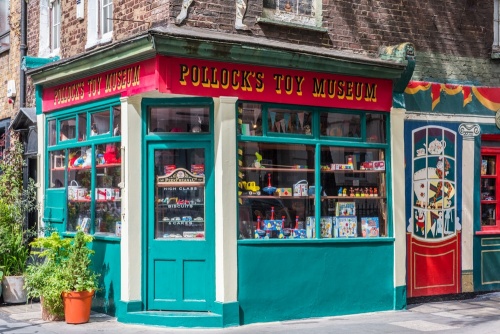 A fascinating nostalgic journey into the world of a Victorian child, Pollocks Toy Museum is a combination museum and shop, showcasing historic Victorian toy theatres and a wealth of folk toys from around the world.

Toy theatres were a favourite children's pastime in the 19th century. These printed paper theatres, or stages, were made with a wooden frame supporting printed theatre stage, curtains, and scenery. In the days long before television, children used these theatrical toys to put on their own stage shows using puppets or simple cutout figures. Theatre sets often came with elaborate scenery backdrops, figures, and props.

Benjamin Pollock was a famous maker of toy theatres in London during the late Victorian period, with a shop in Covent Garden that opened in the 1880s.

The museum began as a small collection of theatre sets in a small attic room at 44 Monmouth Street, close to Covent Garden. The founder was Marguerite Fawdry, who fell in in love with the old children's toy theatres and began to collect sets.

The collection grew over time and took over the house, while the ground floor served as a toy shop. By 1969 the museum collection had grown so large than expanded premises were necessary, and the Toy Museum moved to 1 Scala Street, a pair of historic townhouses, one built in the 18th century, the other Victorian. 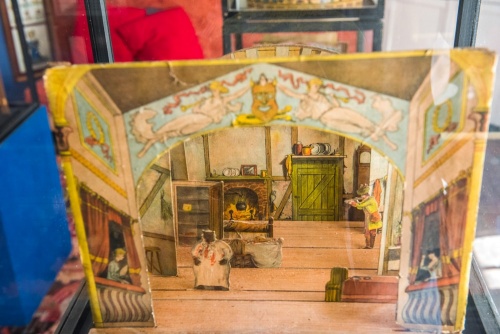 The Toy Museum features a huge range of toy theatres, puppets, and stages, bringing to life a lost world of Victorian nostalgia. Though toy theatres form the core of the museum collection, there are also a wide variety of toys from around the world, including teddy bears, toy trains, dollhouses, and toy vehicles of all descriptions.

See a 4000-year-old clay mouse made in ancient Egypt and a restored Victorian nursery. During school holidays you can watch live toy theatre performances, bringing to life the world of a Victorian child. There is an entry charge to the museum.

By the museum entrance is a collection of American toys including money boxes of Pennsylvania ironware. One of the money boxes depicts The Fat Man, a Tammany Hall box made in 1876. The figure is a caricature of William 'Boss' Tweed, a famously corrupt politician. Other American toys include Four Jolly Clowns, made in 1874 by Charles Crandall, one of the foremost 19th-century toymakers in the USA. Also near the entrance are folk toys from Mexico and Brazil,, and Katchina dolls made for Pollock's in 1965.

One item that caught my eye was a WWI tank made by Lord Robert's workshop for disabled soldiers. You can also see a German toy fort from 1910 and a wonderful display of 19th-century optical toys such as the Zoetrope, made in 1834. See examples of magic lanterns, a Kaleidoscopic top made in 1860 and an early example of stereoscopic viewer. 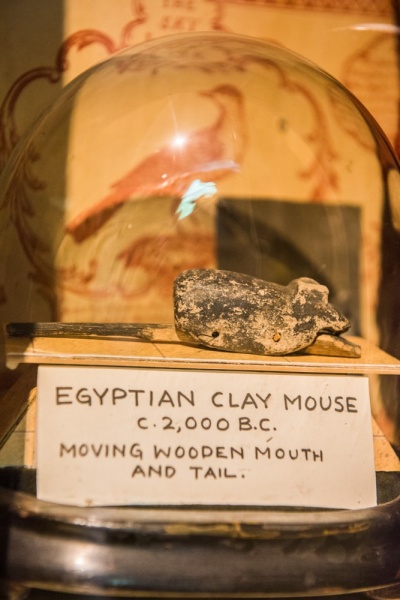 Not all the toys are ancient; modern toys include a GI Joe action figure, and its ancestor, a 1921 Swiss Action Man figure. Visitors of a certain age (like me) will recognise an early Meccano set made in 1907. See board games like Snakes and Ladders, and early copies of comic books and 'penny dreadfuls'.

There is also a large display of English tin toys from WWI to 1970, and a wonderful exhibit of toy theatres from Britain, France, and Germany. There is a display of wax dolls; the oldest made in 1822. But that's just the beginning; there are also rag dolls, wooden dolls, and dolls made of celluloid and china. Look for the dolls depicting turn of the century 'Pearly kings and queens', their pearl-studded costumes invented by Cockney costermongers to help raise money for charity.

And of course, what museum of toys would be complete without a display of teddy bears? The oldest bear is dubbed 'Teddy' and dates to 1905, and there are several others made before 1910. On the third floor is a large exhibit of dollhouses, most from the middle of the 19th century. You can see houses representing everything from a French chateau to a classical villa.

There is still a Benjamin Pollocks Toy Shop in Covent Garden, selling toys at the same location as the original Pollocks shop. They still sell toy theatres, but also sell other creative, theatrical, and educational toys.

Pollocks Toy Museum is very easy to reach. Goodge Street tube (Northern Line, Charing Cross branch) is less than a minute away. From the station entrance turn left and immediately left again onto Tottenham Street. Turn left once more onto Whitfield Street and you will see the museum across the road at the corner of Whitfield Street and Scala Street. 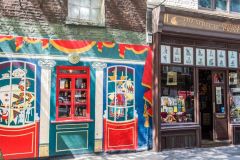 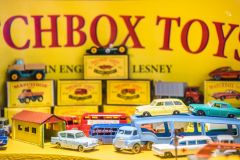 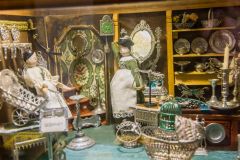 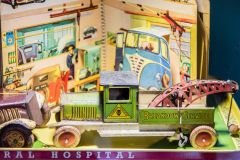 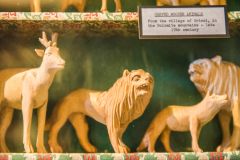 Note: You can get Free Entry to Pollocks Toy Museum with the London Pass