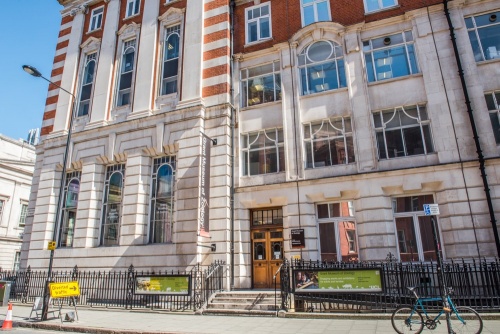 The Grant Museum of Zoology at University College London is one of the oldest zoological museums in Britain. It was founded by Robert Grant in 1827. Grant was a zoologist, teacher, and social radical who was a mentor to Charles Darwin. Grant held the first professorship of Zoology and Comparative Anatomy in Britain and was one of the first proponents of the theory of human evolution.

Grant intended his eclectic museum collection to act as a teaching tool, a purpose it still fulfils today.

Some parts of the museum are like a time capsule; full of Victorian atmosphere. There are mounted (stuffed) animals, animals preserved in fluid jars, and cases full of skeletons. Walking into the Grant Museum is like walking into a Victorian time capsule.

The museum is crammed with beautiful old wooden cases reaching well over head height, stuffed to overflowing with skulls, bones, teeth, shells, and exoskeletons displayed in jars, bottles, boxes and display cases, many of them bearing hand-lettered descriptions. 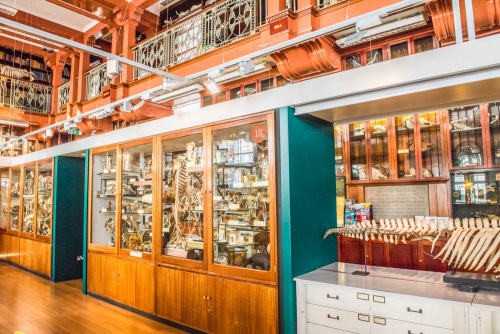 Just inside the museum entrance is the skeleton of a dugong, a relative of the manatee native to South-East Asia. These mammals are thought to be the source of mermaid legends.

Another eye-catching exhibit shows the huge antlers of a giant deer, an ancestor of modern fallow deer, that lived between 400,000 and 7,000 years ago. The giant deer became extinct due to a combination of climate change and over-hunting by humans.

One of the most historically important exhibits is a cast of the 'London specimen' archaeopteryx fossil. The fossil skeleton, showing a combination of bird and reptile characteristics, caused a sensation when it was found in 1861. The archaeopteryx provided a vital link in establishing the connection between dinosaurs and modern birds.

Another link on the evolutionary scale is a cast of a Neanderthal skull, from a humanoid living between 350,000 and 35,000 years ago.

One of the most fascinating aspects of the museum is that it boasts examples of species that are now extinct or rarely found today, including the dodo, thylacine, Tasmanian tiger, giant snail, and quagga. Where else could you see the skeleton of a gorilla that once hugged HG Wells? 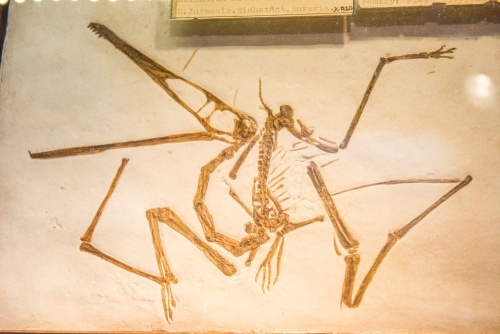 Perhaps the most unusual exhibit at the Grant Museum is the Micrarium, a 'place for tiny things'. Most museums showcase large animals, despite the fact that over 95% of animal species are smaller than a human thumb. The Micrarium tries to redress that imbalance by showing some of the Museum's 20,000 microscopic animal slides. Some of the slides are 'glass lantern' slides used to project images of minute animals during student lectures at University College London.

The Grant Museum presents a range of educational opportunities, including free school workshops and hands-on family events. There are also a series of adult evening talks and exhibitions.

From Warren Street station turn right down Tottenham Court Road. After two blocks turn left onto University Street and you will find the museum ahead on your right at the end of the street. Both tube stations are about a five-minute easy walk from the museum entrance. 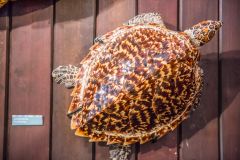 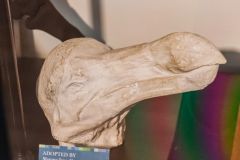 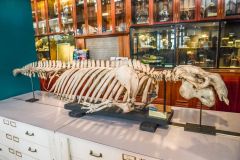 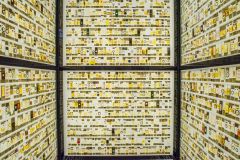 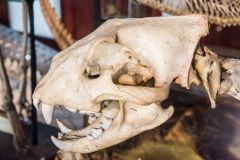 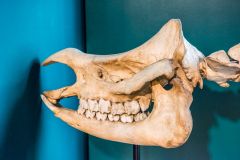 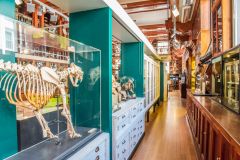 More self catering near Grant Museum of Zoology >>

More bed and breakfasts near Grant Museum of Zoology >>