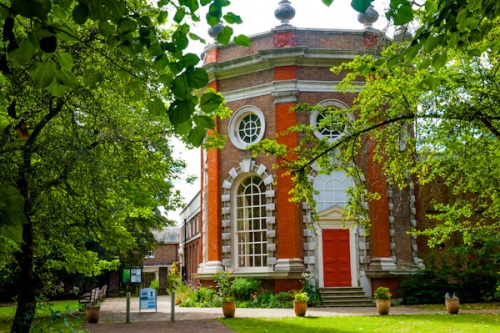 Orleans House Gallery is the public art gallery for the London Borough of Richmond upon Thames. The Gallery is located by the banks of the Thames in a lovely 18th-century building that includes the superb Octagon Room, designed by James Gibbs. The house is named for Louis Phillippe, Duc D'Orleans, who lived here in exile between 1813-15.

The core of the art collection is paintings from the early 18th century to the present. The Gallery, situated in six acres of parkland and woodland, also offers a range of festivals and events. Recent refurbishing added the Coach House Education Centre as well as a cafe in converted 19th-century stables. 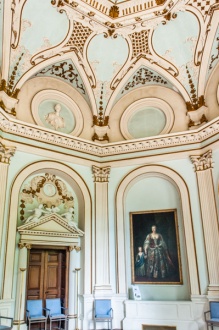 Orleans House was begun in 1710 as a retirement home for James Johnston. The architect was John James, who had learned his craft under the king's Master Carpenter Matthew Bancakes. The result was a sober, restrained house, suitable for Johnston's joint passions of gardening and entertaining.

The focal point for Johnston's lavish entertaining was the Octagon Room, originally meant to host royal visitors. Johnston wanted a chamber fit for a king, a stylish room at odds with the plain, sensible chambers of the main house. He had become acquainted with King George I while travelling in Europe and wanted a place to host the king and his retinue for a visit. That visit duly arrived in 1724, when the monarch came to Johnston's new house.

After Johnston's death, the house was bought by George Pitt, an MP and former East India Company official. It was later purchased by Sir George Pocock, a naval officer, and it stayed in the Pocock family until 1837. It then quickly passed from one owner to another, most notably Francis Needham, Earl of Kilmorey.

Then in 1926, the bulk of the house was demolished, and all the furnishings were sold off in a large public sale. The Octagon Room was saved by the last-minute intervention of Mrs Nellie Ionides, who lived next door at Riverside House. When Mrs Ionides died she gave the Room and the few surviving estate buildings to the Borough of Twickenham, along with a collection of 450 period portraits.

The modern wing connected to the Octagon Room was refurbished as an art gallery and opened to the public in 1972. Today the gallery hosts a changing series of modern art exhibits and is free to enter.

The setting is simply wonderful, with leafy green trees allowing glimpses of the River Thames. I thoroughly enjoyed the art exhibits, but for me, the real attraction at Orleans House is the astonishing, elegant Octagon Room. This wonderful chamber, though small, glitters with gilding and really gives you a sense of the elegant world of James Johnston and the early Georgian society he moved in. 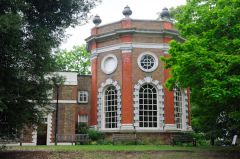 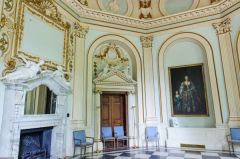 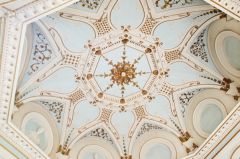 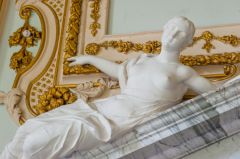