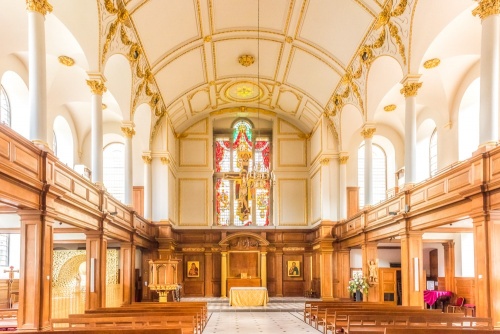 St Andrew's Holborn is the largest parish church designed by Sir Christopher Wren, but its history goes back to at least the 10th century. Thomas Coram, who established the Foundlings Hospital, is buried here.

The origins of St Andrew's are shrouded in mystery. The first written record is in a charter of Westminster Abbey, dated 951 AD, it which St Andrews is called 'the old wooden church', suggesting that it must have been of considerable age even then. Unfortunately, the charter was granted by King Edgar, who wasn't reigning in 951! The date could simply be a case of clerical error, however.

We're on firmer ground when it comes to the Norman period, for records show that around 1086 a priest named Gladwin assigned the living to St Paul's Cathedral in exchange for the advowson passing to the Cluniacs of Bermondsey Abbey. 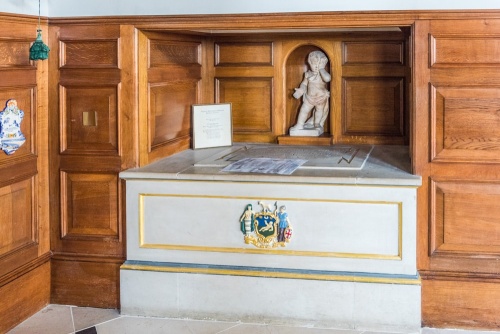 The most important date in the history of St Andrews came in 1348 when a successful armourer named John Thavie left his estate to the church, to provide for the 'support of the fabric forever'. The bequest has been carefully managed and invested over the past 600+ years and still pays for the upkeep of the church today.

The timber church was rebuilt in stone in the 15th century, but and even though the steeple was struck by lightning in 1563 the church survived.

Then came the Great Fire of London in 1666. The devastating fire looked certain to engulf St Andrews in flames, but at the very last minute the wind changed direction and the church was spared. However, when Sir Christopher Wren surveyed the damage he decided that the building was in such poor condition that it needed to be rebuilt anyway. So here we have the oddity of a Wren church that actually survived the Great Fire. 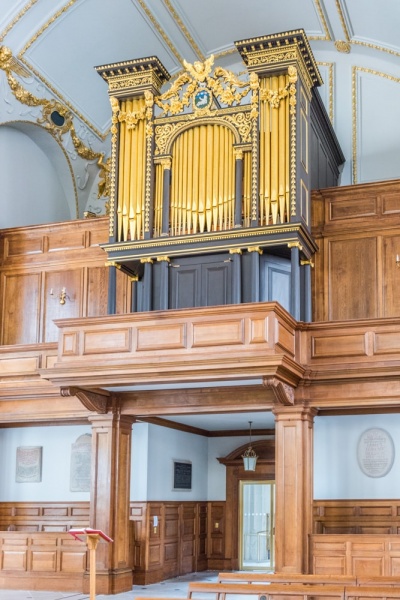 The west gallery and organ

Wren rebuilt the church from the foundation levels, making St Andrew's his largest parish church. He saved the medieval tower but refaced it in marble. The remainder of the building, both inside and out, is typical of Wren's work; a neoclassical design full of wonderful architectural details.

The most famous person buried at St Andrew's is Thomas Coram, founder of the Foundling Hospital. Coram was first buried in the Hospital Chapel, but his remains were transferred here in the 1960s. His tomb is on the left as you enter the church.

There are very few other memorials. One plaque at the west end othe nave commemorates a brewr named David Knight (d. 1679). The epitaph tells us that 'he lived uprightly [sic] just in all his actions'. The only other monument of note is that of William Mellish, a wealthy merchant who died in 1690. Mellish's wife Dorothy was the daughter of Sir Humphrey Bennet of Hampshire 'who eminently signatiz'd [sic] himself in ye service of King Charles ye First'.

The philanthropist Coram would have been moved by the tragic events here in 1826 when a surgeon named William Marsden discovered a homeless girl on the church steps. The girl was suffering from hypothermia, but when Marsden attempted to gain help from nearby hospitals, none would grant her admission, and the child died in Marsden's arms. The experience led him to found the Royal Free Hospital to care for the poor.

Other historic people linked to St Andrew's include Benjamin Disraeli, the Victorian politician, who became a member of the Anglican church here in 1817. Charles Dickens had his character Bill Sykes gaze up at the tower in his novel Oliver Twist.

In 1941 the church was hit by a German bomb, and though the exterior survived, the interior was gutted. The church was rebuilt 'brick for brick' to Wren's original design. When the church reopened it did so to serve the working population of the city, rather than people who actually lived within the parish.

Other historic highlights include an organ played by George Frederick Handel. The organ casing, pulpit, and font were all brought here from the Foundling Hospital chapel. Another famous musician to be organist at St Andrew's was Daniel Purcell (1713-1717) the brother (or perhaps the cousin) of composer Henry Purcell. 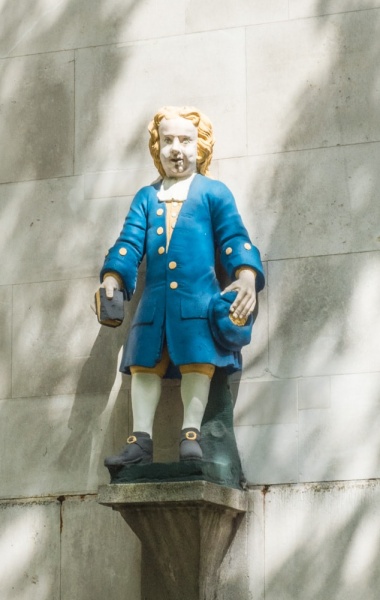 One fascinating feature of St Andrews is a pair of 'Bluecoat' statues flanking the west tower entrance. These striking blue-clad figures depict children attending a charity school. Blue clothing was frequently used for charity school children because blue dye was the least expensive available. Stockings were often dyed with saffron as it was thought to deter rats from biting the children's ankles.

The Bluecoat figures at St Andrew's depict children attending St Andrew's Parochial School, founded in 1696 and located in Hatton Garden since 1721. The statues stood over the Cross Street entrance to the Hatton Street school. The statues were moved here during the church's restoration after WWII bombing damage.

As of this writing, the church is regularly open weekdays. Getting there is relatively simple; Chancery Lane tube station is 2 blocks to the west. From the station exit turn left and walk along High Holborn. Cross over the road and the church will be ahead of you. 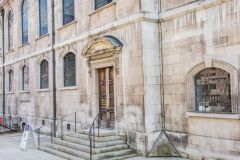 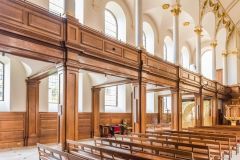 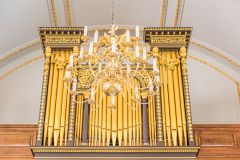 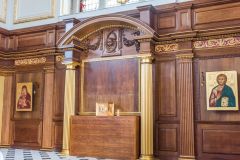 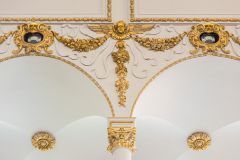 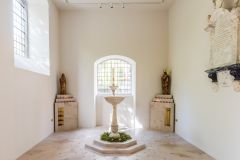