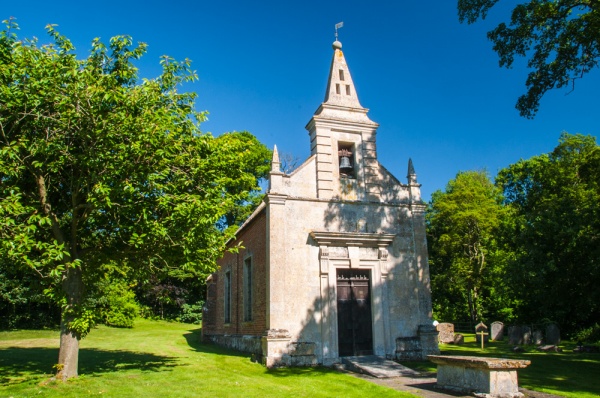 The tiny church at Little Gidding is located in a remote corner of Huntingdonshire. It takes some finding, but it is well worth the effort, for the setting is superb. There are three Gidding villages, the other two being Steeple Gidding and Great Gidding.

Though the Giddings have a history going back at least to the time of the Domesday Book, it is in 1625 that the story of Little Gidding really begins to take shape. In that year the Ferrar family purchased the manor. When they moved in, they found the manor house and church in poor condition, and as a result, began to rebuild both.

The Ferrars consisted of an extended family spanning three generations, with friends and several elderly people who were housed in an almshouse. One of the family was Nicholas Ferrar, who was ordained as a deacon in 1626. Nicholas was the son of London merchant and an investor in the Virginia Company, the group responsible for founding the Virginia Colony in America in 1607.

Business reverses convinced Nicholas and his brother John to renounce worldly concerns and retreat to a life of godliness and religious contemplation. The community at Little Gidding was initially composed of about 40 people. They evolved a life based on multiple daily services in the church, and hourly devotions based on readings of the Gospels. 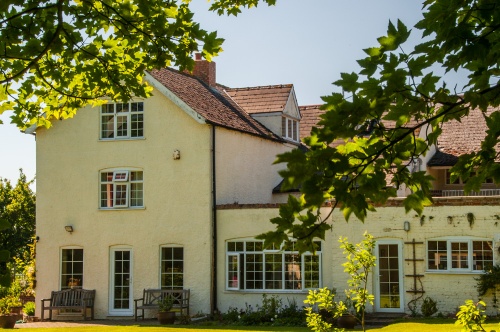 The Ferrar community at Little Gidding is often compared to a monastery, but in truth, it was nothing of the sort. It was an extended family living a life based around religious beliefs, and in that sense, the Little Gidding community was not unique and was representative of a time when overt religious observance was a regular part of daily life.

King Charles I visited Little Gidding on at least 2 occasions, in 1642 and again in 1646, the second time escaping after the Battle of Naseby. Persistent legend suggests that the church and manor were ransacked by Parliamentarians during the Civil War, but this has been discounted by modern research.

The little church was rebuilt in 1714 by John and Thomas Ferrar, and it is this early 18th-century rebuilding that gives the church its current character. The church stands beside Ferrar House, built in 1848 by William Hopkinson to replace the earlier manor house. Ferrar House is now a religious retreat centre, with a tearoom and small, informal museum related to the Ferrars and the Little Gidding community.

Another name prominently associated with Little Gidding is that of poet TS Eliot. Eliot was moved after a visit to the church to compose a poem which made up part of his Four Quartets. The church is beautifully furnished as a collegiate church, with early 18th century benches. The setting in an idyllic spot beside Ferrar House is unforgettable.

The church is run by the Parochial Church Council, while Ferrar House is operated by the Little Gidding Trust, a charitable organisation. 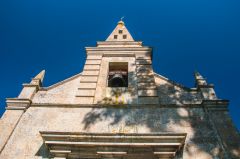 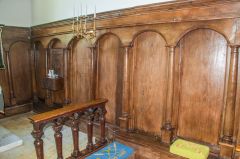 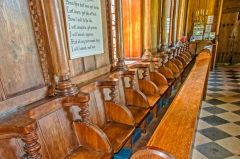