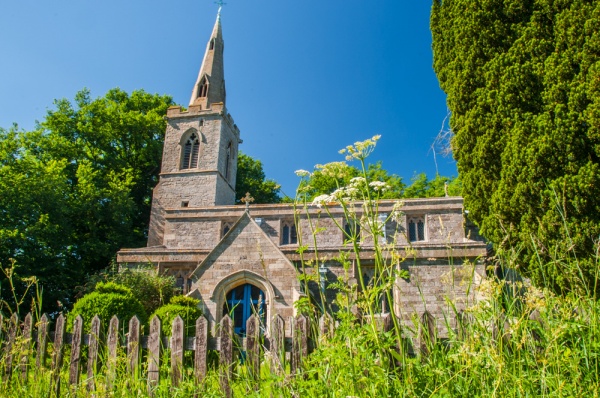 A lovely little church in an equally lovely little village, St Andrews church dates to the Norman period, albeit with later medieval additions. The church is very simple, consisting only of a nave, chancel, south aisle, and west tower.

The village was recorded in the Domesday Book, but no church was mentioned. In 1178 Pope Alexander III confirmed the advowson of the church as belonging to Ramsey Abbey, so we know that there must have been a church by the 12th century.

By 1260 the church was so well established that it gave its name to the village (the 'Steeple' in Steeple Gidding referring to an existing church steeple). We do not know when that first church, or its steeple, was built, but the steeple was replaced with the current one in the 14th century.

The most interesting feature is the carved Norman doorway. The doorway is 12th century as is a holy water stoup just inside the door. The doorway arch is 12th century but the jambs are 13th century. The chancel dates to 1330, but many of the windows are modern as is the chancel arch. The nave is 14th century, though the four-bay south arcade dates to about 1300. 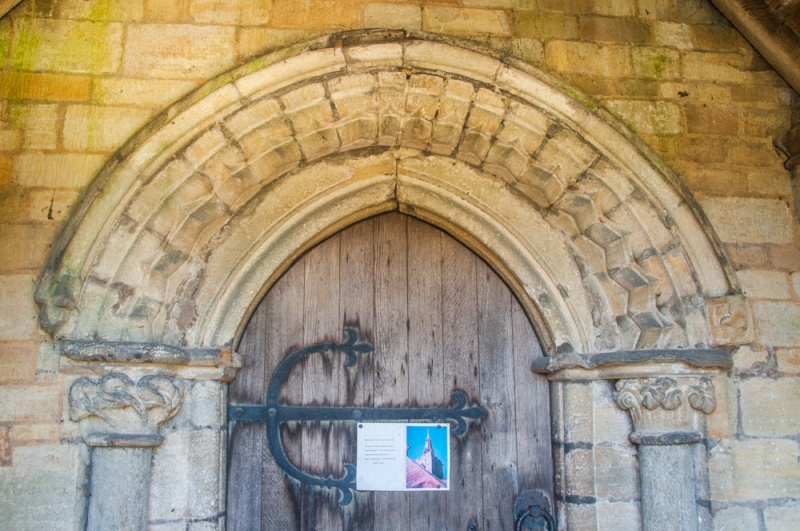 The fairly plain octagonal font is made of Ketton stone and dates to the 16th century. It is topped by a 17th-century oak cover. Against the wall is a massive stone grave slab carved with a floriated cross. In the chancel is a medieval piscina and a stepped triple sedilia is set into the south wall. Opposite the sedilia, against the north wall, is an unusual neoclassical memorial to an unknown woman, with a bust topping a coat of arms and a scrolled tablet.

The church was restored by Sir George Gilbert Scott in 1872 and the medieval porch replaced with a new one, and the 15th-century tower and spire were restored in 1899. It is built of rubble and ashlar dressed with Barnack stone.

There are memorials dating to the 17th century, many of them members of the Cotton family (see Conington), with the oldest being Thomas Cotton (d. 1640). Another very fine Cotton memorial is to Sir John Cotton, who died in 1752.

The church is no longer used for regular worship and is in the care of the Churches Conservation Trust. It is normally open daily to visitors. Steeple Gidding is just a short distance from the quite wonderful church at Little Gidding. 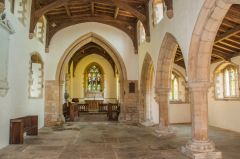 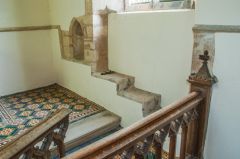 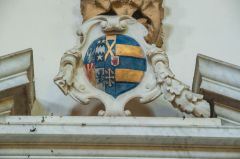 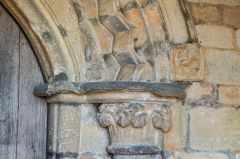