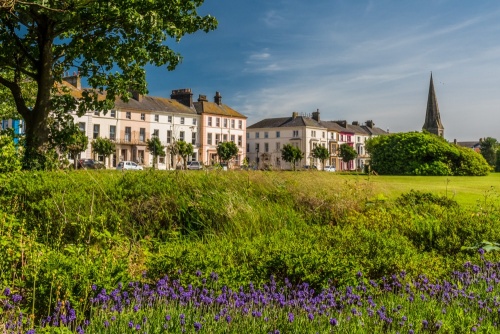 The Cumbrian town of Silloth (sometimes called Silloth-on-Solway) stands on the southern shore of the Solway Firth, looking across to Galloway on the north bank. It developed as a coastal resort and port after the Carlisle & Silloth Bay Railway & Dock Company built a rail line from Carlisle to the coast in 1856.

The origins of Silloth go back much further in time, however, back the medieval period, when the monks of Holme Cultram Abbey developed a salt industry here and began to farm the Solway Marshes. They built 'lathe', or barn, near the sea to store grain, hence the name 'Sea Lathe', which in time morphed into Silloth.

Until the middle of the 19th century Silloth was little more than a few scattered farms. That changed in 1856 when the railway company brought the line from Carlisle to Silloth and began to develop the town as a shipping port and seaside resort. Their job was made easier when a physician claimed that the Silloth air was 'cleaner and more health giving than anywhere else'. 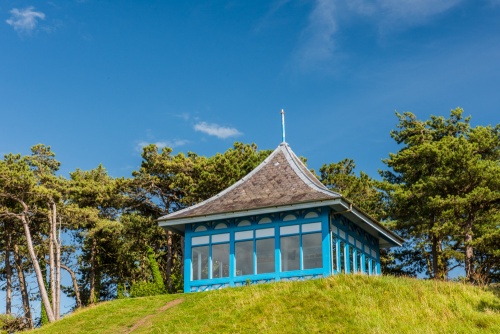 The Victorian pagoda on Silloth Green

The railway brought visitors aiming to enjoy the health-giving benefits of the seaside air, and several large hotels were built to cater to this influx of visitors. Some stayed at the Convalescent Home, built in 1862 to give poor people the chance to recuperate from illness by breathing the pure Silloth air.

The Bathing Establishment (now an amusement arcade) invited visitors to enjoy hot, cold, swimming, shower, and plunge baths, and bathing machines sprang up along the beach. These machines could be hauled out into the water by horses, and modest visitors could change in private and even bath without leaving the hut if they wished.

Next to West Beach was a pier, stretching 1,000 feet into the Firth. Steamboats carried passengers to Liverpool, Dublin, Whitehaven, and the Isle of Man. The pier was washed away in WWII and never replaced. 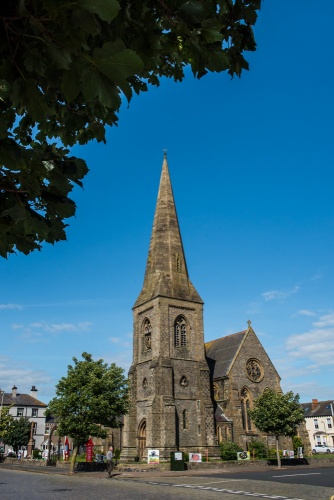 Just as important for the development of Silloth was the Marshall Dock, which opened in 1859 and was a terminus for shipping. The dock had to rebuilt in 1879 after it collapsed and trapped 20 vessels inside. The new dock helped create the present tidal harbour. The harbour is home to a thriving fishing industry specialising in Solway Brown Shrimps.

Silloth's heritage as a seaside resort town is obvious in its architecture. Large, colourful Victorian buildings line Criffel Street, Marine Terrace, and the surrounding streets. One of those buildings in the Queen's Hotel on Park Terrace, one of the most prestigious establishments built for the first wave of visitors to the resort. The hotel dates to the early 1860s and is typical of the hotels that sprang up after the arrival of the railway. 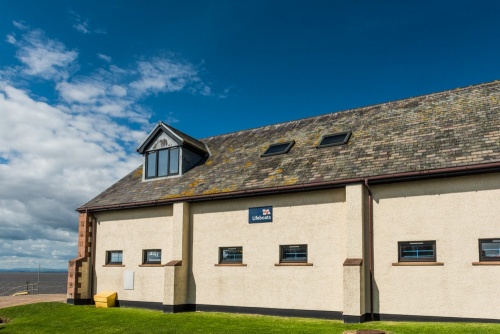 On Criffel Street is Christ Church, built in 1870-71 by John Cory and CJ Ferguson. The expanding town needed a new parish church so a design competition was launched. CHJ Ferguson submitted the winning entry, notable for its soaring spire that acts as a local landmark.

The church is built of granite blocks brought from Ireland as ship's ballast. The church is listed Grade II for its heritage interest, one of 10 buildings in Silloth to be listed by Historic England. 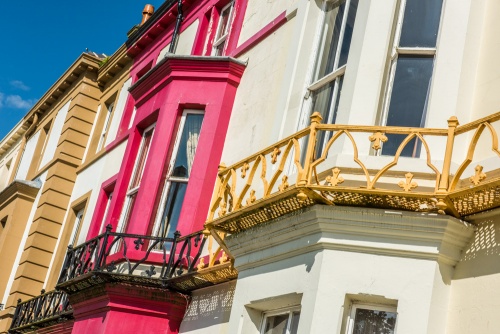 Silloth boasts a three-mile-long terrace promenade, but if the town has a focal point it is the huge 45-acre town green known simply as The Green, one of the largest and longest greens in England. The Green separates the grand buildings on Criffel Street from the seafront promenade.

The Green lies within a Conservation Area which helps preserve the heritage of a Victorian resort town. The centre point of The Green is a striking Victorian pagoda, built ion the 1850s and situated on a hillock to give wonderful views over the Solway Firth.

On the seaward side of The Green is an RNLI lifeboat station. 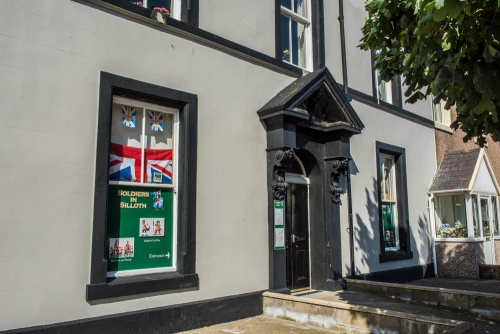 This fascinating museum on Marine Terrace showcases over 10,000 toy soldiers, guns, military vehicles, and castles. The collection and the building were donated to the town by a resident, and the museum is maintained by volunteers. Highlights include a diorama o the Battle of Waterloo, and toy soldiers from across the world dressed in Napoleonic War uniforms.

The Solway Coast AONB Discovery Centre on Liddell Street also houses the local tourist information centre. Here you can learn about the natural heritage of the Solway Coast and how it developed from the last Ice Age to the present day. Find out about the birds and animals that live here and where to see them.

The Silloth area is known as an excellent birdwatching location. One of the best locations is at Grune Point, a shingle and sand ridge fringed by grassland. Gulls dominate the local bird population, but oystercatcher, turnstone, dunlin and redshank are common, as are grebes and cormorants. Look for terns and plovers in spring and stonechats and linnets among the dunes. Check with the AONB visitor centre on Liddell Street for details of what to see and seasonal variations. 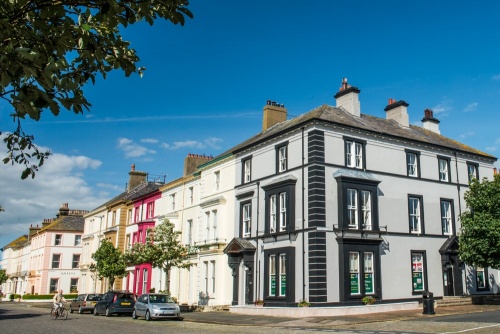 Silloth is located on the B5300 and B5302. There is copious free parking. We just parked along Criffel Street and started exploring.

More self catering near Silloth

The Village Inn and Kirtle House B&B - 14.6 miles
Kirtlebridge, Dumfries and Galloway
From: £30.00

More bed and breakfasts near Silloth

Self Catering near Silloth