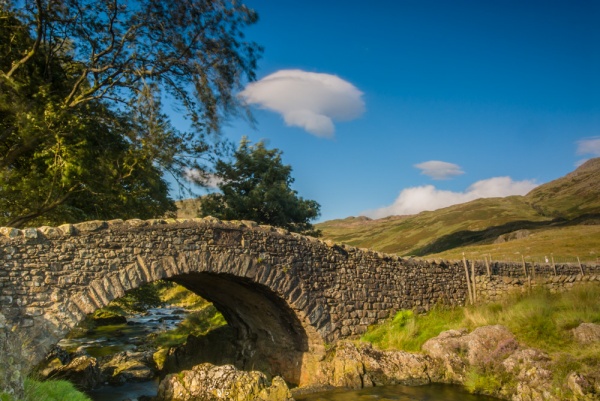 The packhorse bridge at Cockley Beck

The hamlet of Cockley Beck lies in the pretty Duddon Valley, in the relatively quiet western part of the Lake District National Park. The hamlet - composed of just a couple of houses - lies at the eastern end of the road over Hardknott Pass, and is a welcome stopping place for walkers and drivers who have safely negotiated the steep and winding road.

At the bottom of the road is a picturesque single-arch packhorse bridge, a popular subject for calendar photos. There are two farms, and a self-catering cottage attached to one of the farmhouses. One of the farms dates to the 17th century, rebuilt in the mid-19th century around the core of the older building. It was given to the National Trust in 1929.

Cockley Beck was settled in the 16th century, when this area of the Lake District became a busy centre for mining copper ore. It seems hard to imagine the area being busy at anything other than relaxing when you see it today.

At that time the Duddon Valley was part of Lancashire, though it is now very much in Cumbria. 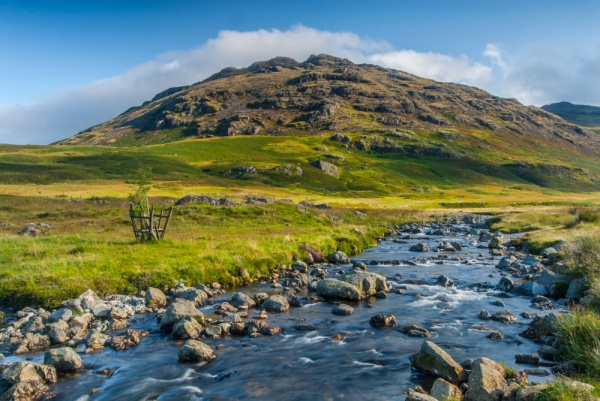 The River Duddon at Cockley Beck

There was probably a bridge across the river by the 16th century, but the present stone bridge probably dates to the 17th or early 18th century.

The area is a haven for walkers, with routes leading west over the pass and north towards Eskdale. In fact, it may be a lot safer to be a walker than a driver in winter, when the roads become very difficult to navigate safely. If you do take the road over Hardknott Pass you will come to the Roman fort of Hardknott, built in the 2nd century AD to guard the Roman road from Ravenglass.

The road south towards Seathwaite follows the course of the River Duddon at first. A mile south there are two sets of stepping stones across the river, and a Forestry Commission parking and picnic area. There are signposted footpaths through National Trust woodland from the car park. Just south a bit further is a beautiful 18th-century packhorse bridge leading to the outdoor activity centre at Birks.

The scenery in this part of the Lake District is simply stunning; easily as good as anything in the National Park and far less busy. If you enjoy walking, Cockley Beck is perfect. 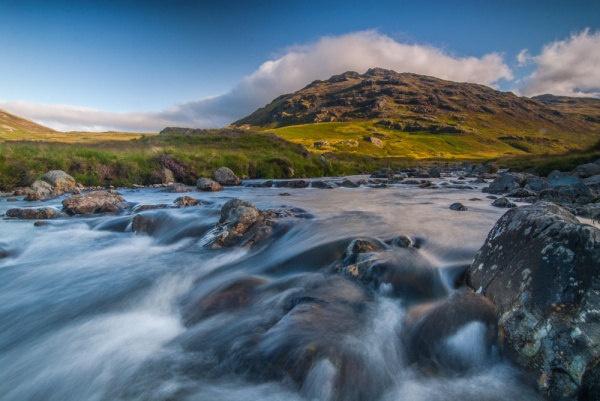 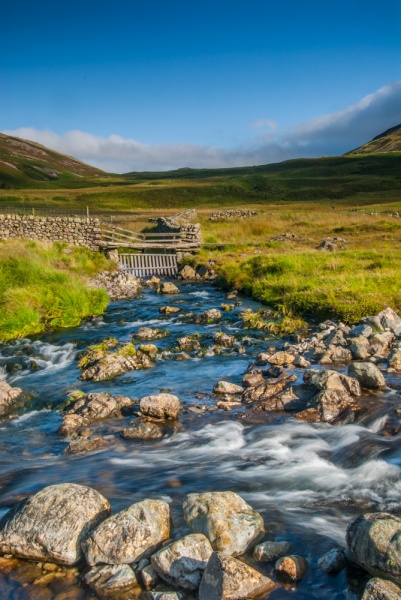 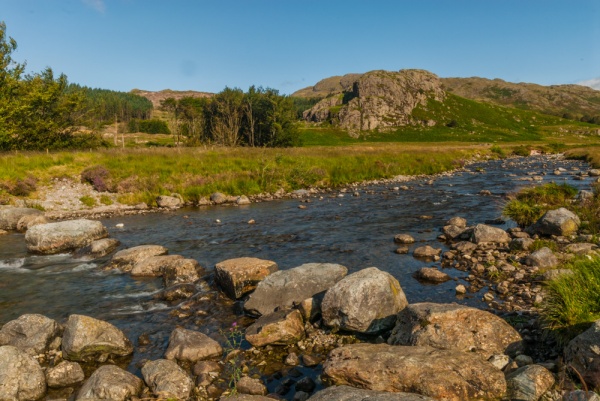 Stepping stones across the River Duddon

More self catering near Cockley Beck